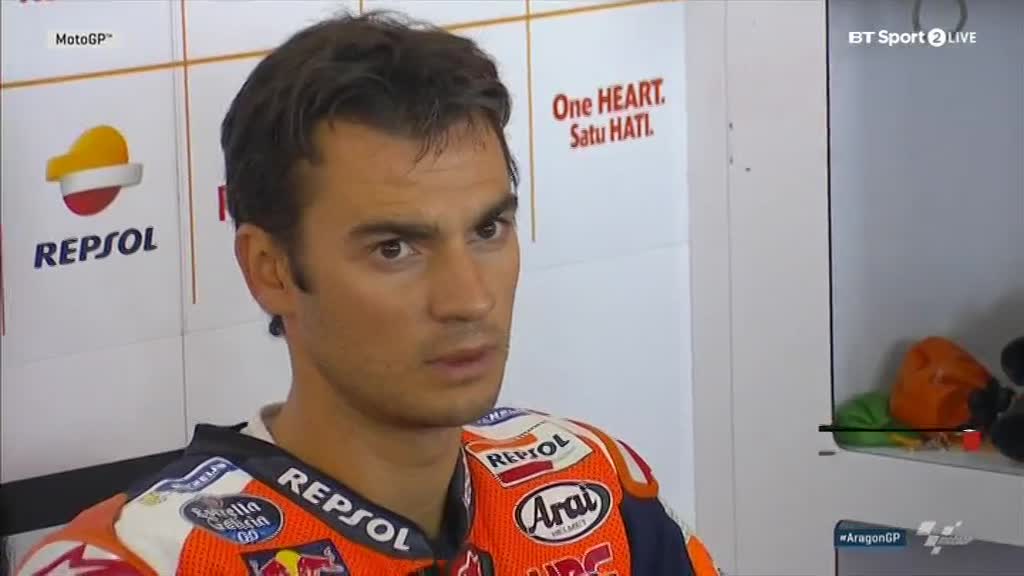 FP1 was fully wet and saw reigning Champion Marc Marquez (Repsol Honda Team) hit the ground running to go quickest, and the local rider was fourth overall after FP2. The skies were largely dry for the second session, but riders remained on rain tyres with some parts of the track much wetter than others and spray kicking up. That’s when Pedrosa and Lorenzo shone and laptimes improved, with the man in fifth also impressing – Pull&Bear Aspar Team’s Karel Abraham.

The biggest story of the day, however, belonged to Valentino Rossi (Movistar Yamaha MotoGP), who ventured out in the wet in FP1 to put in some laps and test his fitness, then managing another 13 laps in FP2. The ‘Doctor’ suffered one run off but did over 20 laps on Day 1 as he attempts to race in the Aragon GP after missing only Misano due to his broken leg.

Cal Crutchlow (LCR Honda) had a good first day to go P6, ahead of compatriot Sam Lowes (Aprilia Racing Team Gresini) in an impressive seventh – the man who won the intermediate class race at the track last season. Championship challenger Andrea Dovizioso (Ducati Team) had a more muted Day 1 on the timesheets for eighth overall, just ahead of the second Aprilia of Aleix Espargaro. His brother Pol Espargaro (Red Bull KTM Factory Racing) was another top performer on Day 1, locking out the top ten on the KTM. 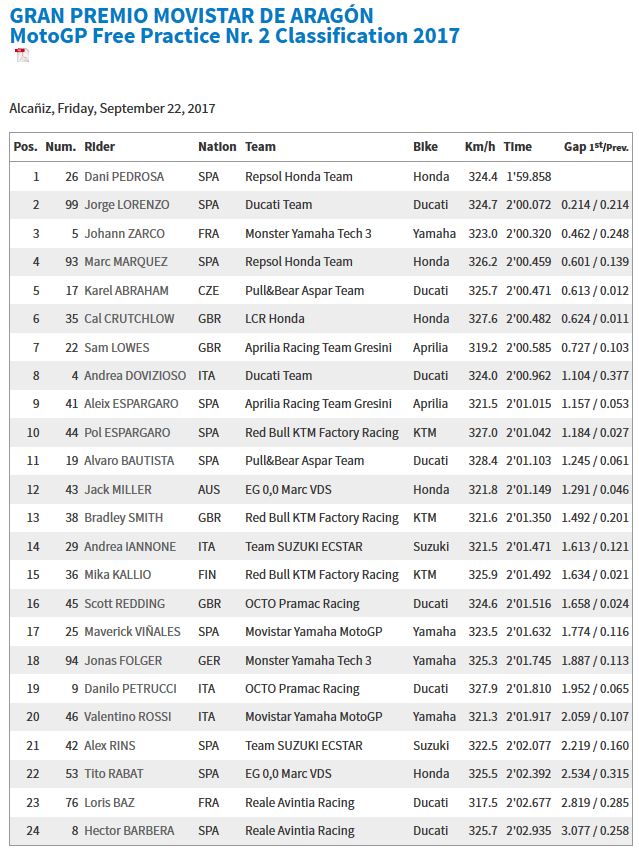