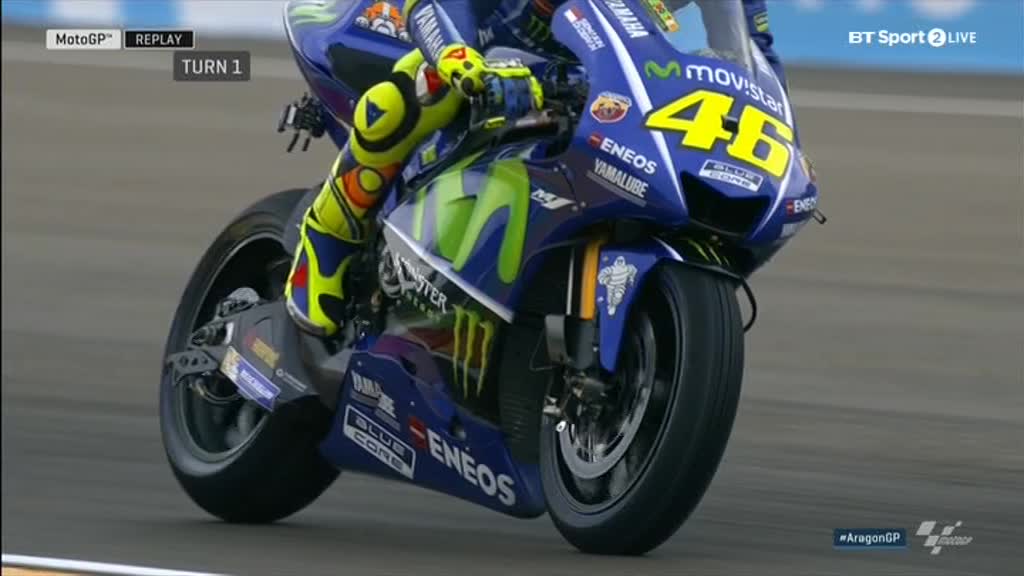 Only 21 days after breaking his tibia and fibula; Valentino Rossi Attempt to participate at the Aragon Movistar Grand Prix which saw Marc Marquez fastest in damp FP1.

Rossi gets back on track for eight laps despite the weather

Marc Marquez (Repsol Honda Team) went quickest in FP1 at MotorLand Aragon by almost half a second, ahead of teammate Dani Pedrosa and rookie sensation Johann Zarco (Monster Yamaha Tech 3). With rain coming down soon after the start of the session, running was more limited – with most heading back into pitlane before the action picked up again in the latter half.

Most eyes were on Valentino Rossi (Movistar Yamaha MotoGP), as the nine-time World Champion got back on the M1 for the first time since breaking his leg. Despite the damp conditions, the ‘Doctor’ managed 8 laps and was P18 on the timesheets – two ahead of teammate Maverick Viñales.