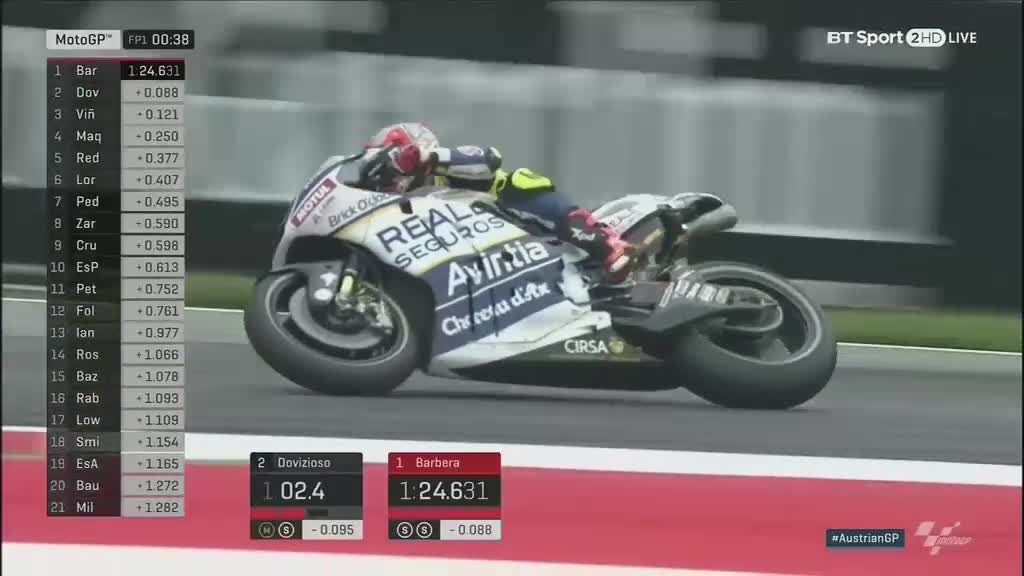 The weather is dry when the session started. It will remain like that for the next 45 minutes so the whole session happened on a dry track.  One hour later for Moto 2, the rain came out...
The last roll of dice saw Barbera taking pole on the fast Ducati; to be pushed seccond right after by Dovizioso who was later penalized to have exceeded the tcks limits. It gave Barbera back the pole of the sesion. MotoGP website said:

Hector Barbera (Reale Avintia Racing) took to the top late on in FP1 after dueling for P1 throughout the session, ending up only 0.088 ahead of Andrea Dovizioso (Ducati Team) after the number 4 had his fastest lap cancelled for exceeding track limits. Dani Pedrosa (Repsol Honda Team) also struck late to complete the top three.

With the weather in doubt, the top ten could well prove decisive for entry to Q2 on Saturday: