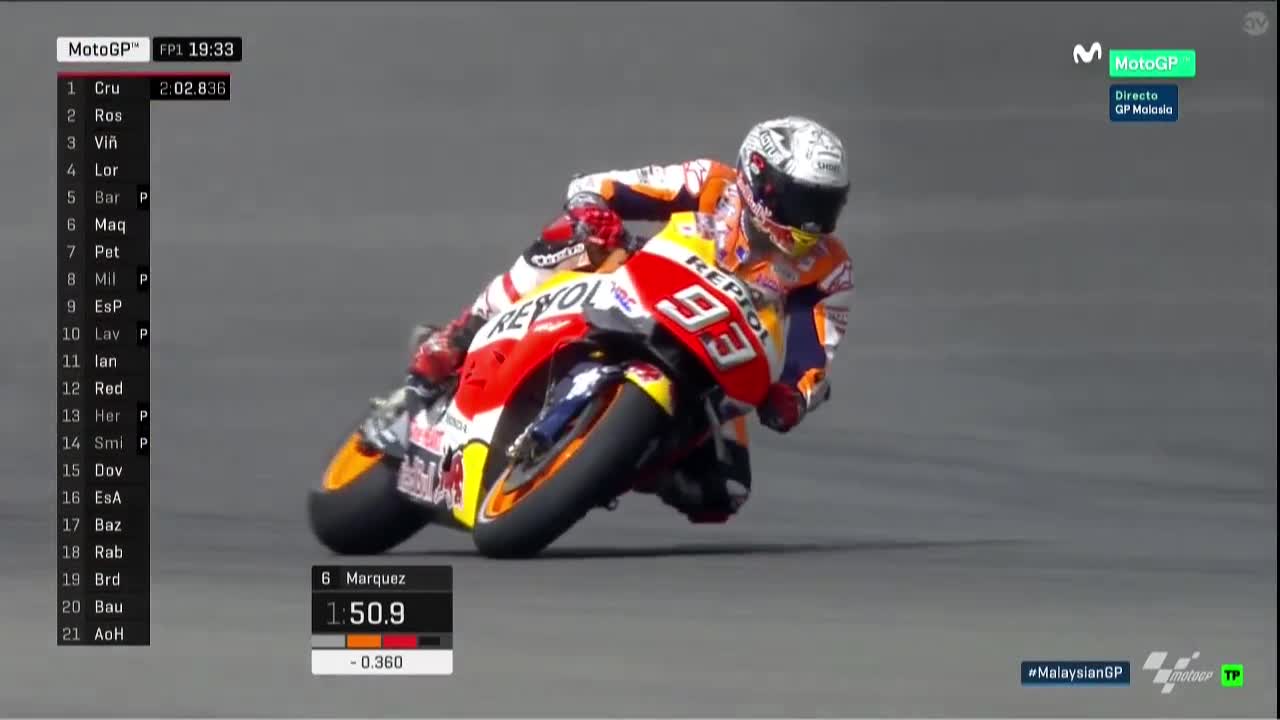 Marquez leads the first charge in FP1. The 2016 World Champion top as action opens in Malaysia

After Moto3™ had seen the day begin with some damp patches on the track after overnight rain, but the new track surface was dry again by the time MotoGP™ headed out on track – and it was Repsol Honda Team’s 2016 World Champion Marc Marquez leading the way as laptimes already began to close in on the race lap record.

Maverick Viñales (Team Suzuki Ecstar) was a constant presence near the top of the table, and finished FP1 in P2, ahead of Octo Pramac Yakhnich Rider Scott Redding as the Brit lit up the timesheets near the end of the session.

Returning Andrea Iannone (Ducati Team), who got back on track for the first time since his crash in FP1 in Misano, was an impressive fourth – ahead of compatriot Valentino Rossi (Movistar Yamaha MotoGP).

Aprilia Racing Team Gresini’s Alvaro Bautista was ninth, ahead of Movistar Yamaha MotoGP rider Jorge Lorenzo – whose final lap in the session was a red first sector that then saw a mistake in sector 2. 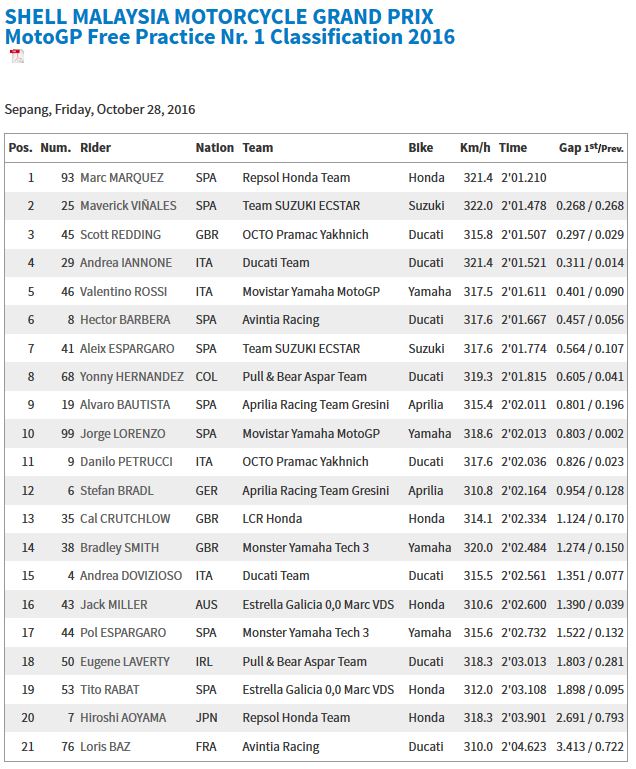