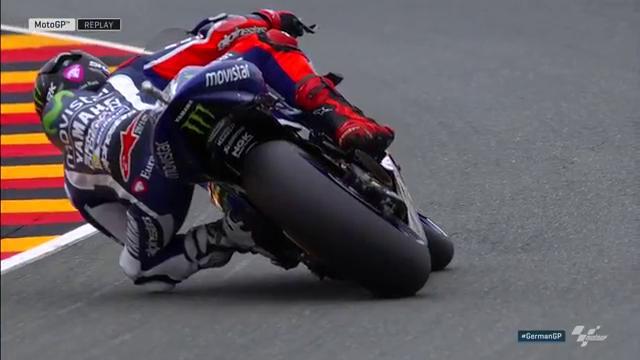 The Sachsenring presents a unique challenge for the MotoGP™ World Championship, the German track placing incredible pressure and strain on the left hand side of the tyre. Free Practice 1 was the first chance MotoGP™ riders had the opportunity to sample Michelin’s new asymmetric front tyre.

Scott Redding (Octo Pramac Yakhnich) was the first rider to suffer the classic Turn 11 crash, the first right corner after seven long and demanding lefts. Jorge Lorenzo (Movistar Yamaha MotoGP) and Stefan Bradl (Aprilia Racing Team Gresini) also fell at the corner, the most challenging of the circuit. Soon after the rash of falls the rain flag came out and everyone returned to the pits.

Lorenzo visited the Clinca Mobile for a check on his left hand, the doctors finding no fractures. In 2013 Lorenzo suffered a crash at the German GP which bent the plate in his collarbone from the Dutch GP just before. Fortunately in 2016 Lorenzo has avoided any major injuries but will no doubt be sore after tumbling through the gravel at the fast Turn 11.

The rain continued to fall and meant that no one was able to improve their times, most riders getting no more than seven laps on slicks. With no chance for riders to go any faster, Andrea Iannone (Ducati Team) concluded the session as the quickest man of the morning. He was the only rider to set a 1’23, three seconds off the fastest lap set by Marc Marquez (Repsol Honda Team) in 2015.

Marc Marquez, the king of the Sachsenring. Given the difficult circumstances of the session, it’s hard to draw any conclusions for race day. Danilo Petrucci (Octo Pramac Yakhnich) was 0.041s slower than Marquez and finished the session third. If these tricky conditions continue, the Italian could see himself in podium contention once again.

Valentino Rossi (Movistar Yamaha MotoGP) managed a 1’24.279 during the first 20 minutes of the session when the track was dry. This left ‘The Doctor’ in fourth overall and as the leading Yamaha. Rossi is the last non-Honda rider to win in Germany, back in 2009.

Despite not being a historically strong circuit for Ducati, Andrea Dovizioso (Ducati Team) completed the top five, making it three Ducatis in the top five.

Alvaro Bautista (Aprilia Racing Team Gresini) was the first to leave pit lane after the rain came, heading out with wets fitted. 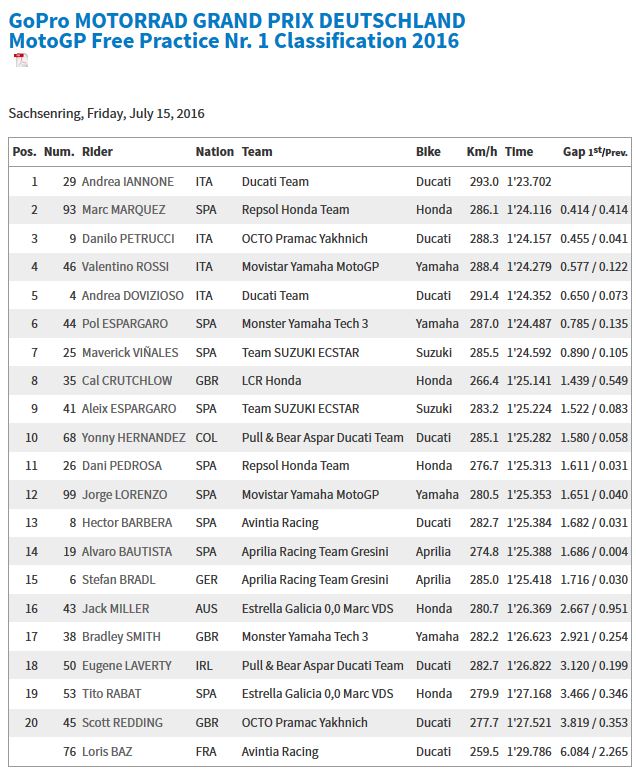 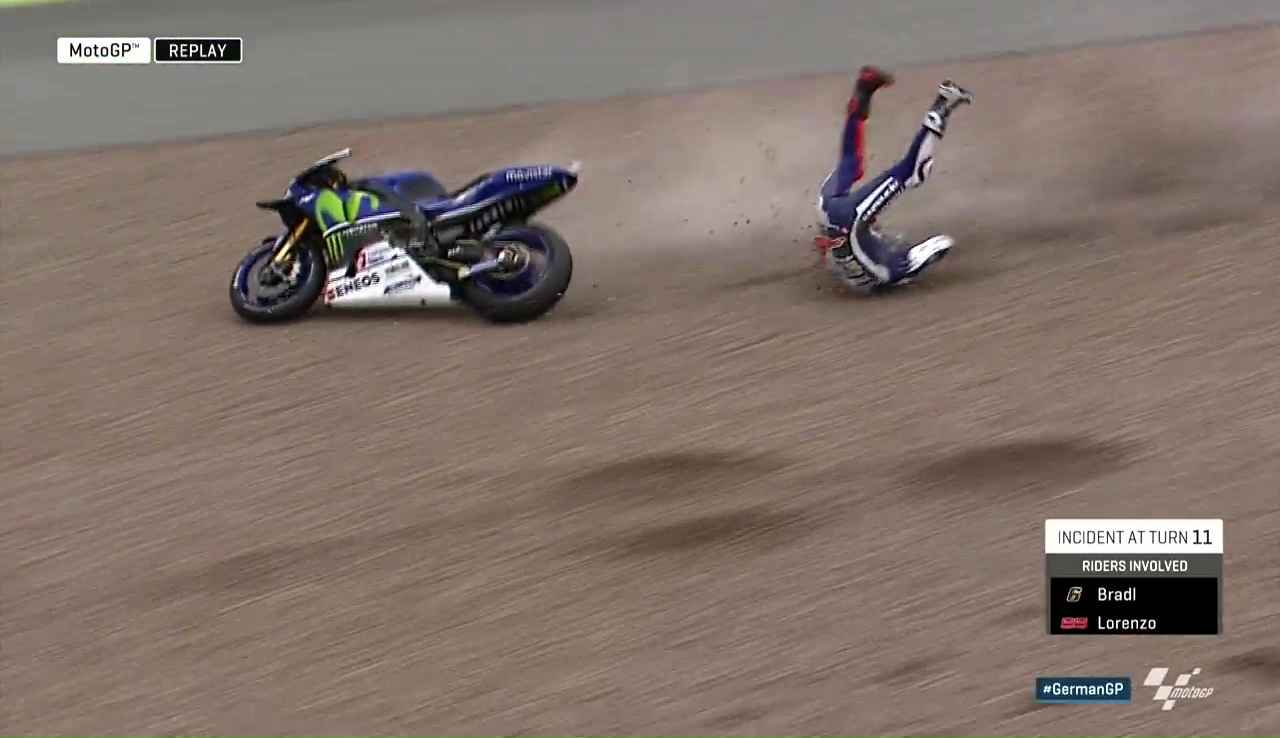 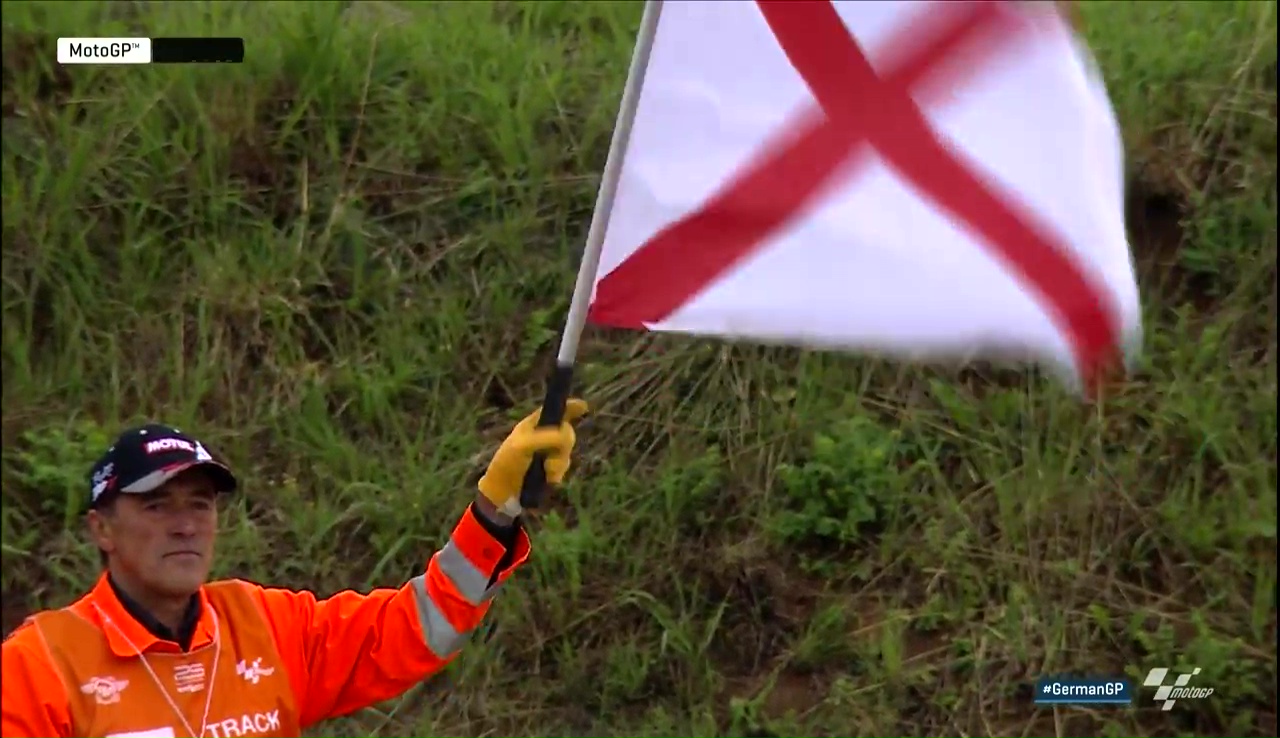 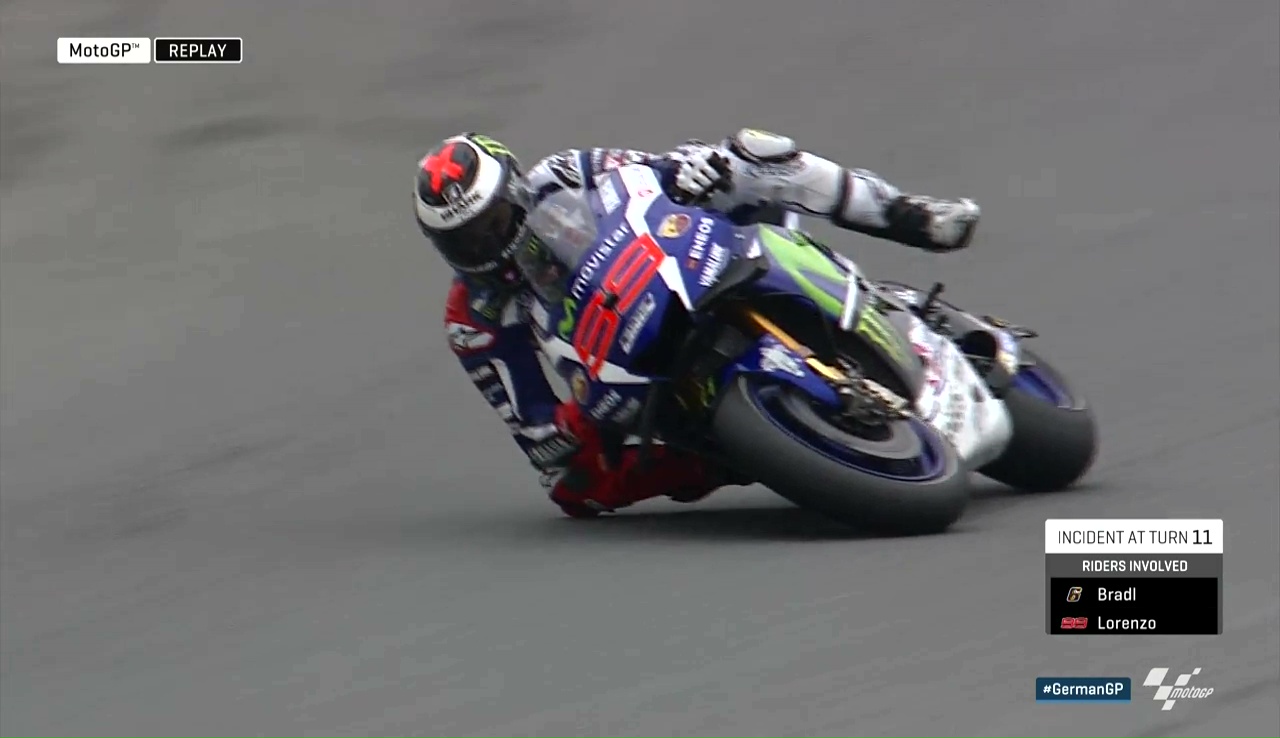 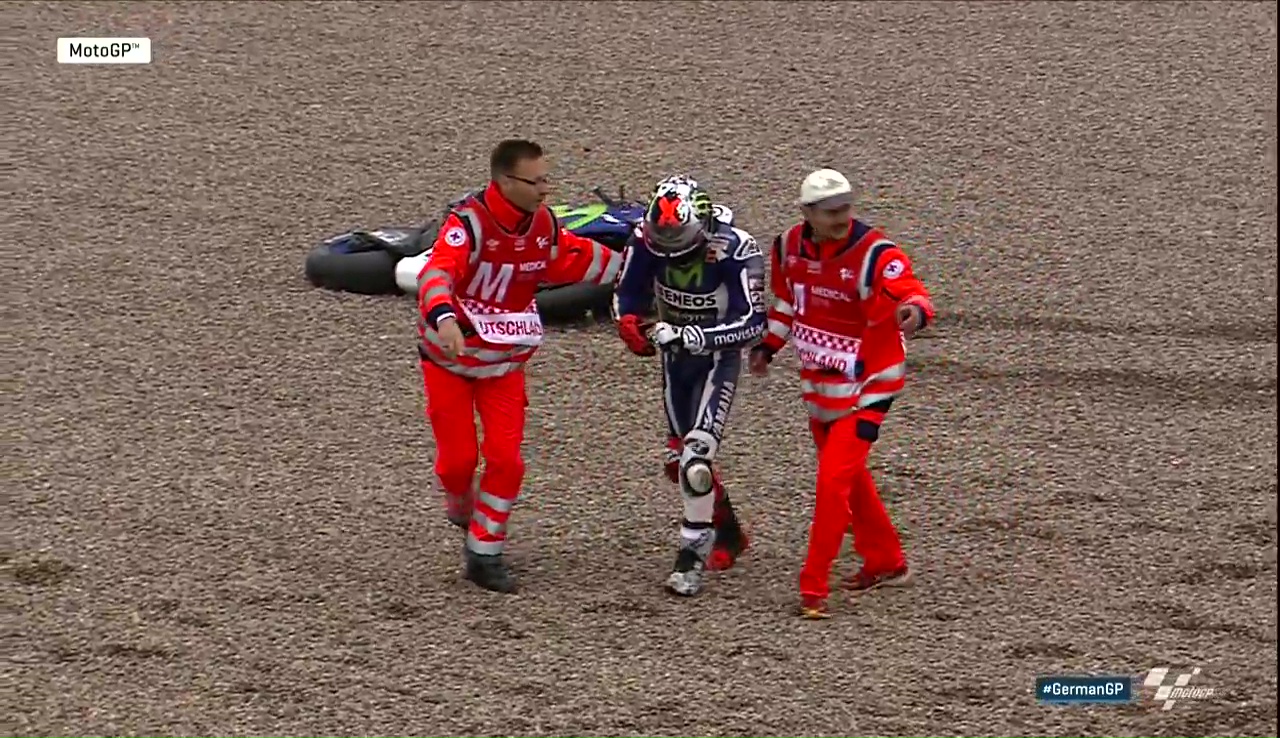 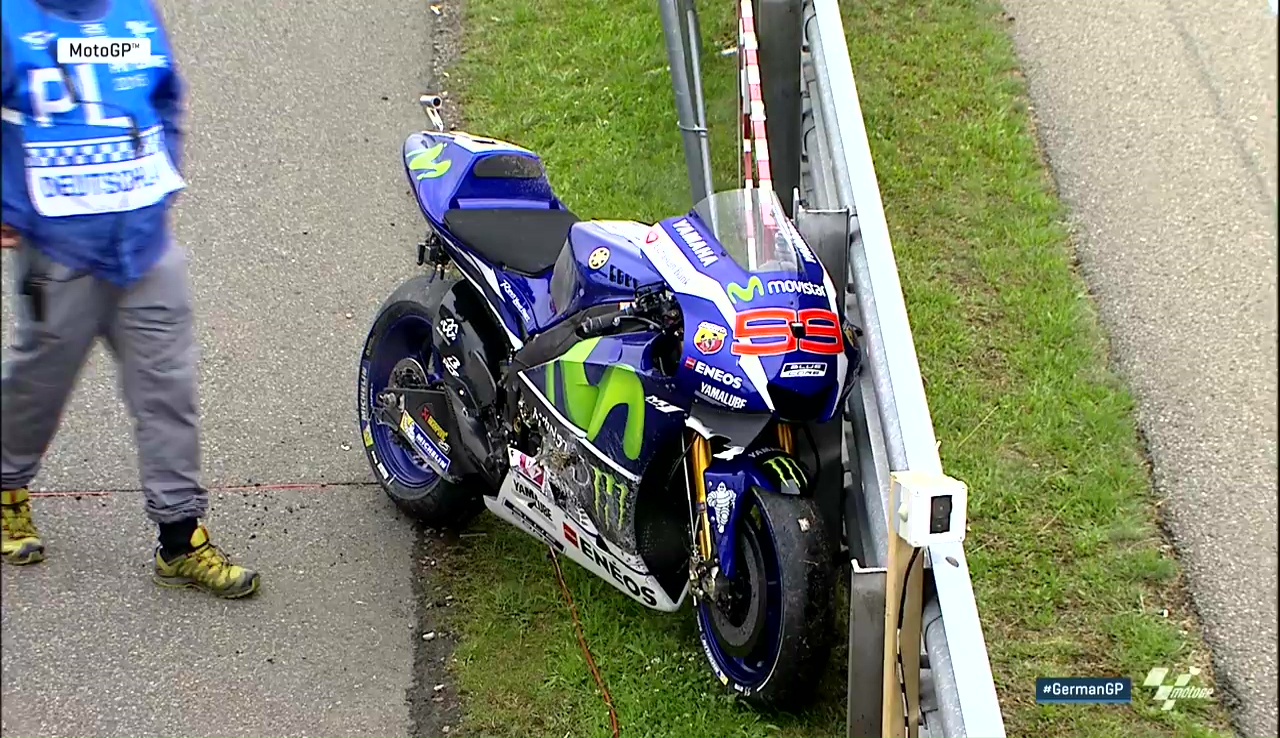 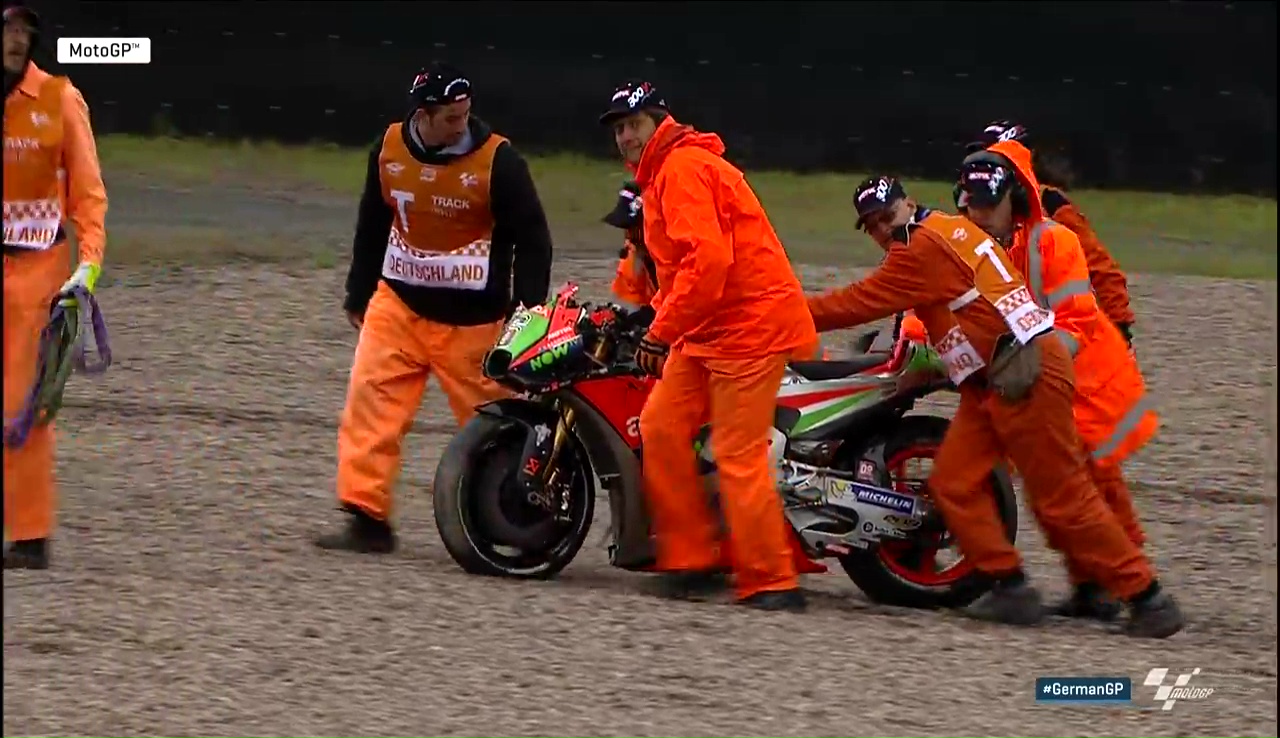 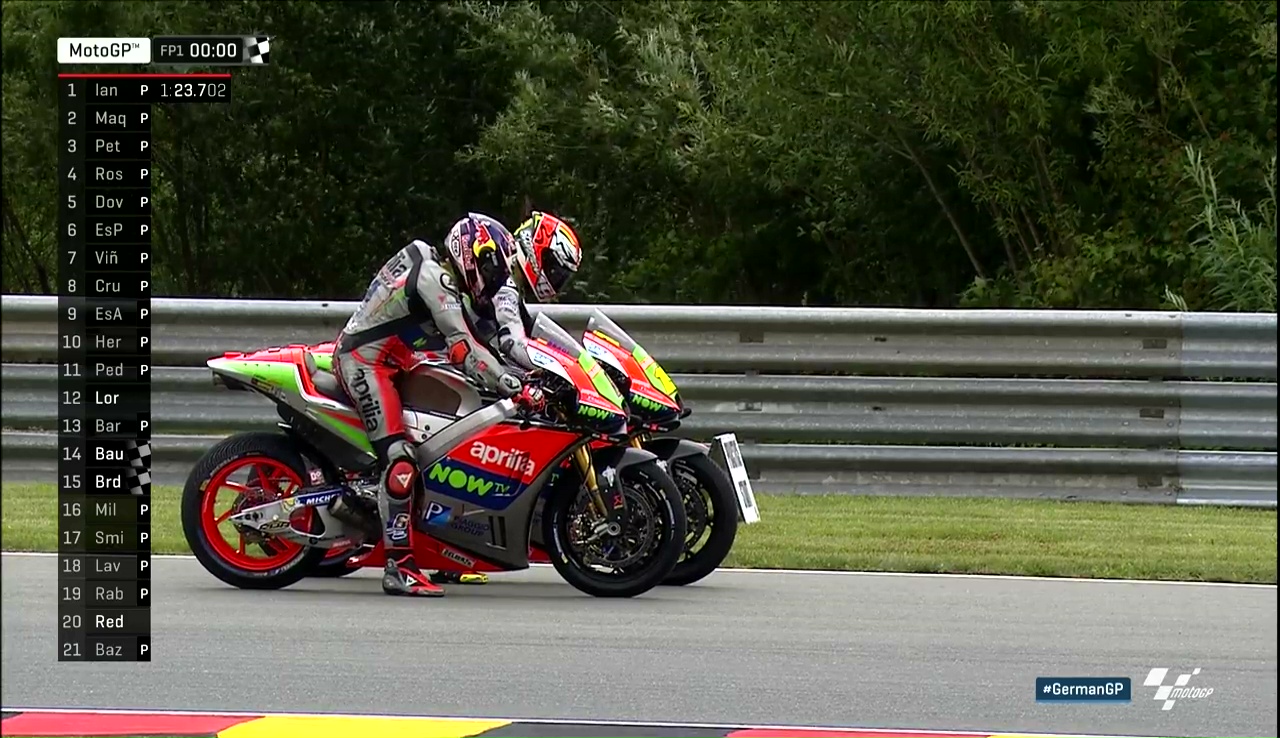