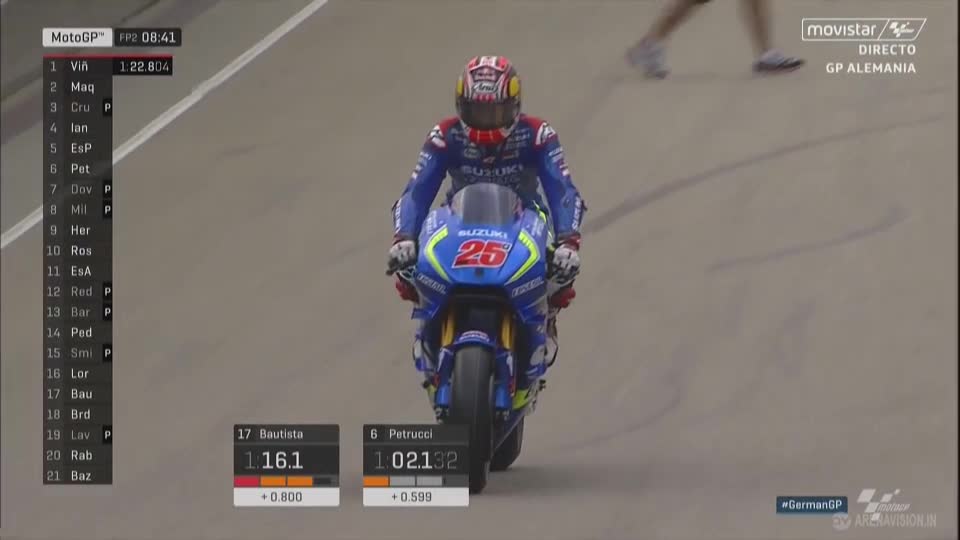 Rain holds off and sees rider increase the pace, the top ten devoid of Yamaha riders on Friday.
It was another slow start to practice at the GoPro Motorrad Grand Prix Deutschland for the MotoGP™ World Championship as Free Practice 2 began. 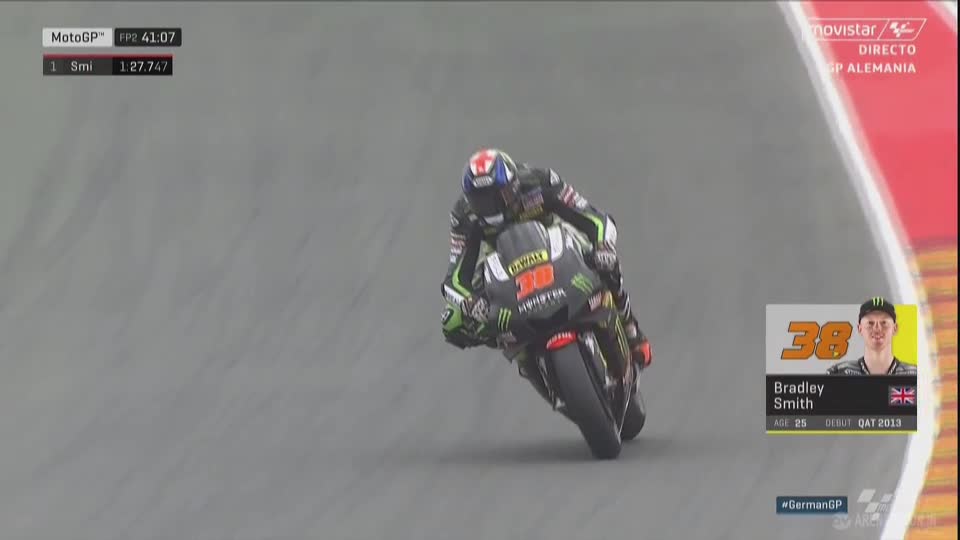 Bradley Smith (Monster Yamaha Tech 3) was the first rider out on track, followed five minutes later by Valentino Rossi (Movistar Yamaha MotoGP). The two started the trend and the rest of the field soon joined in.

Friday was an important day for the premier class, riders and teams attempting to understand how the new electronics and tyres change the behaviour of their bikes around the 3.7km Sachsenring. Times continued to edge closer and closer to the records of 2015, Maverick Viñales (Team Suzuki Ecstar) recovering from a brutal fall at Turn 11 to lead the day with a 1’22.161. Since finishing on the podium in France the Spaniard has struggled to challenge for the top three, but that could all change in Germany.

Having topped FP1, Andrea Iannone (Ducati Team) kept his pace high to end as the only rider within half a second of Viñales. The Italian was able to cut over 1.3 seconds off his time from the first session, weather playing less of a role in the second session of the day. Ducati enter the weekend looking for their 100th premier class podium and a second victory at the German circuit.

Marc Marquez (Repsol Honda Team) is going to have to work hard to keep his King of Sachsenring title, the Spaniard’s 1’22.775 0.614s off Viñales’ time. His time also made it three different manufacturers in the top three, suggesting that Honda’s grip on the German circuit beginning to loosen. In 2016 Marquez is looking for his seventh straight win at the Sachsenring. As in Assen, Marquez may not be breaking records but his pace is significantly better than that of his title rivals.

Fourth was Cal Crutchlow (LCR Honda), fresh off a private test in Sepang. He’s had an up and down season, but there’s no denying the Brit still has his speed from previous years. 0.113s back from Crutchlow was his twice-former teammate Andrea Dovizioso (Ducati Team), 0.679s off the overall leader. Ducati were again the only team to have both of their bikes in the top five.

Pol Espargaro (Monster Yamaha Tech 3) was the leading Yamaha rider in 11th, Valentino Rossi (Movistar Yamaha MotoGP) in 14th with Jorge Lorenzo (Movistar Yamaha MotoGP) a disastrous 16th place. There’s a significant amount of work to do for all the M1 riders, they’ll need to make the most of any dry track time on Saturday. Yamaha have never excelled at the Sachsenring, but 2016 looks to be an even greater challenge.

Loris Baz (Avintia Racing) was 21st on his return from injury.

Turn 11 continued to claim victims in Free Practice 2, Maverick Viñales sliding off at the fast right hand corner. Crashes are almost identical at the corner, the front folding away from the rider. Tito Rabat (Estrella Galicia 0,0 Marc VDS) followed his fellow Spaniard into the gravel during the session, again losing the front at Turn 11.

Eugene Laverty (Pull & Bear Aspar Ducati Team) broke the crash-trend when he fell at Turn 1. Like Rabat and Viñales, he was unharmed. 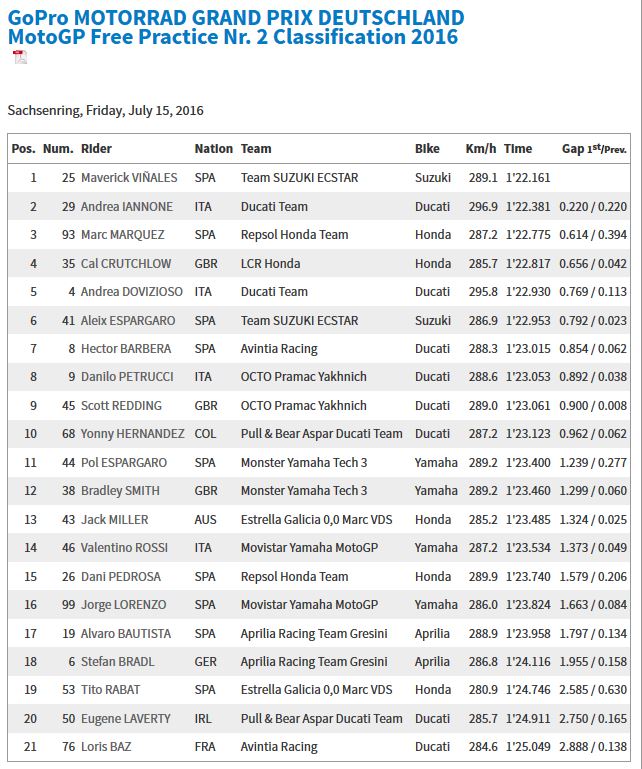 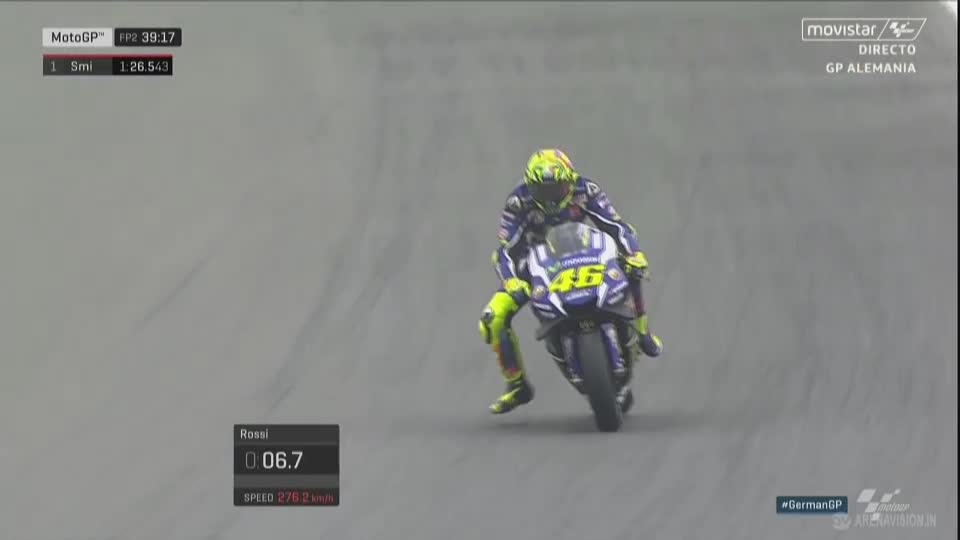 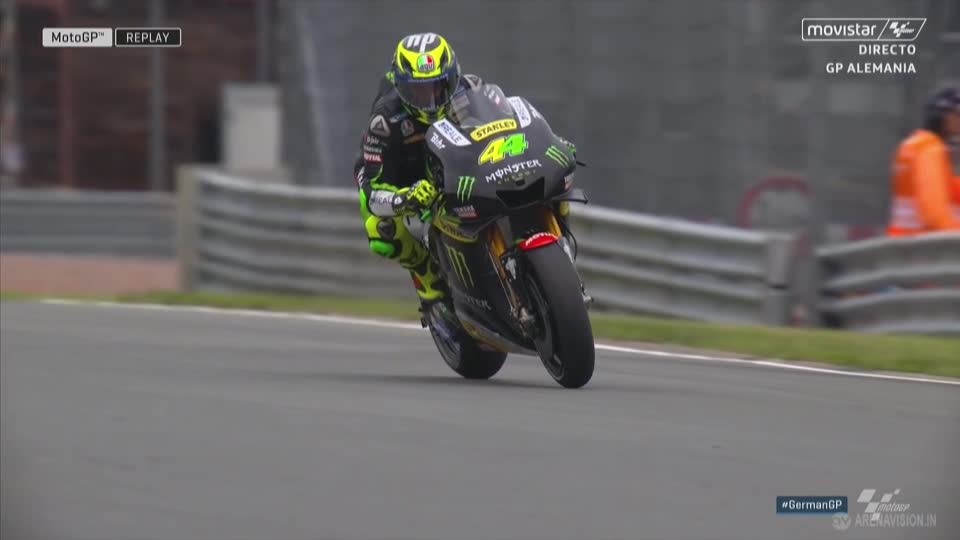 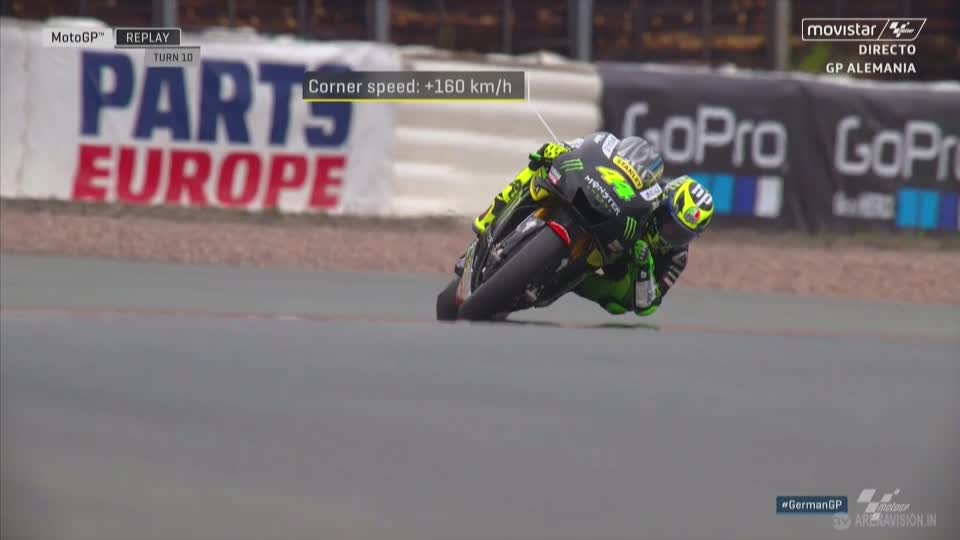 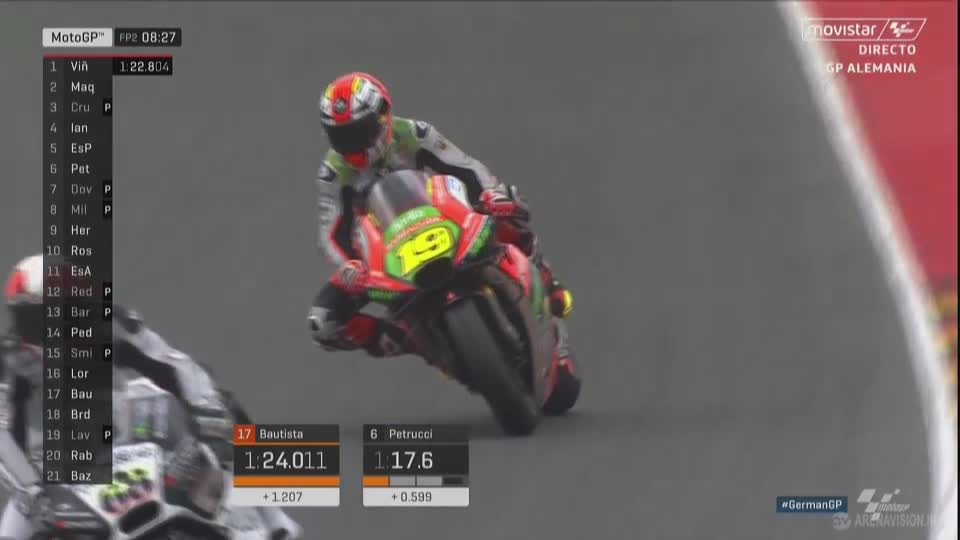 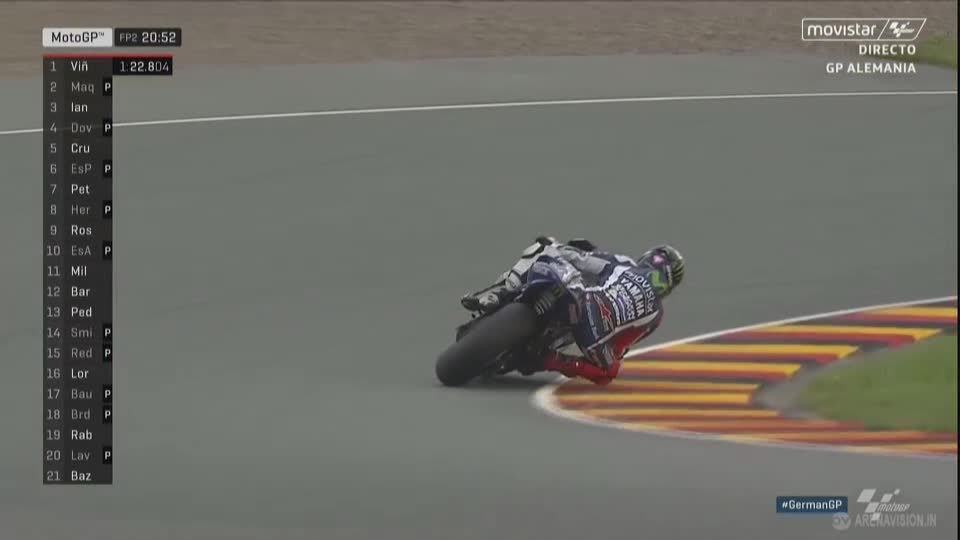