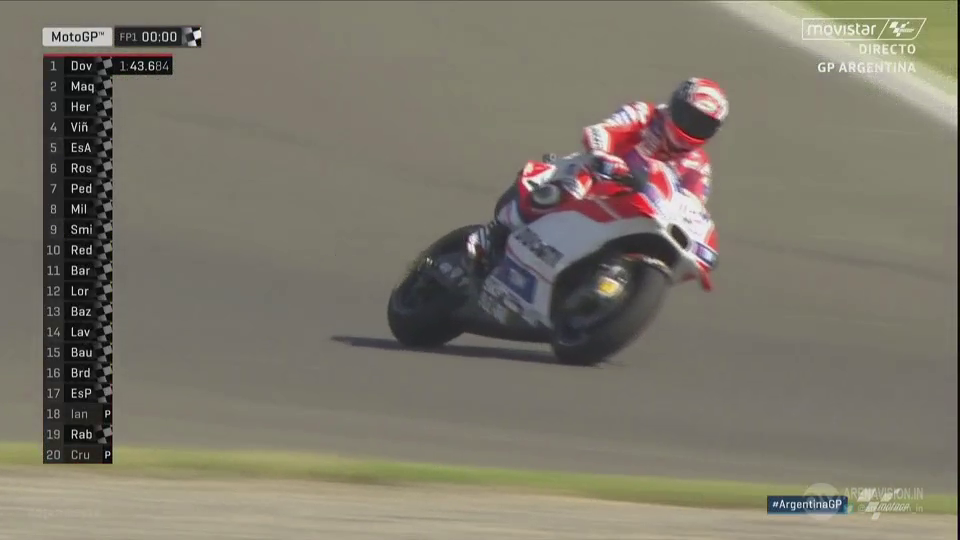 Pedrosa: “Times were a little slower than we had expected”

Second place on Friday offered Dani Pedrosa hope for the remainder of the weekend, his Qatar issues subdued.

While many riders and teams struggled immensely in the hot and slippery conditions of the Termas de Rio Hondo on Friday, Dani Pedrosa was able to excel. The Repsol Honda Team rider was able to lap the track in an impressive 1’41.604, putting him second behind his teammate Marc Marquez. The Qatar GP was not what Pedrosa had wanted and a return to the front of the field gave him not only a confidence boost, but also hope that not all of the 2016 season will be as difficult as Qatar was. Pedrosa also played it safe and used several tyres to guarantee himself a spot in the top ten incase the predicted rain comes on Saturday.

Pedrosa was one of four Hondas in the top five, almost all of the RC213Vs able to overcome the tricky conditions. But Pedrosa clearly has an advantage over the likes of Cal Crutchlow (LCR Honda) and Jack Miller (Estrella Galicia 0,0 Marc VDS), more than half a second clear of the pair. Heavy rain is predicted on both Saturday and Sunday and could certainly throw up surprises, Pedrosa has a decidedly mixed record in the rain. Things are so far progressing well at the Gran Premio Motul de la República Argentina for Pedrosa, just his second visit to the track.

Dani Pedrosa: “On this first day we were able to ride on a dry track, and we saw that it was very dirty. It was a little difficult and the times were a little slower than we had expected. However, we worked as hard as we could with the setup of the bike, and we also made several tyre tests in case it will be raining tomorrow. It was a positive day, but as always we will try to keep improving."

Rossi: “Difficult day for everybody”

Tricky track conditions made it difficult for Valentino Rossi to progress in Argentina, ending Friday practice in seventh. 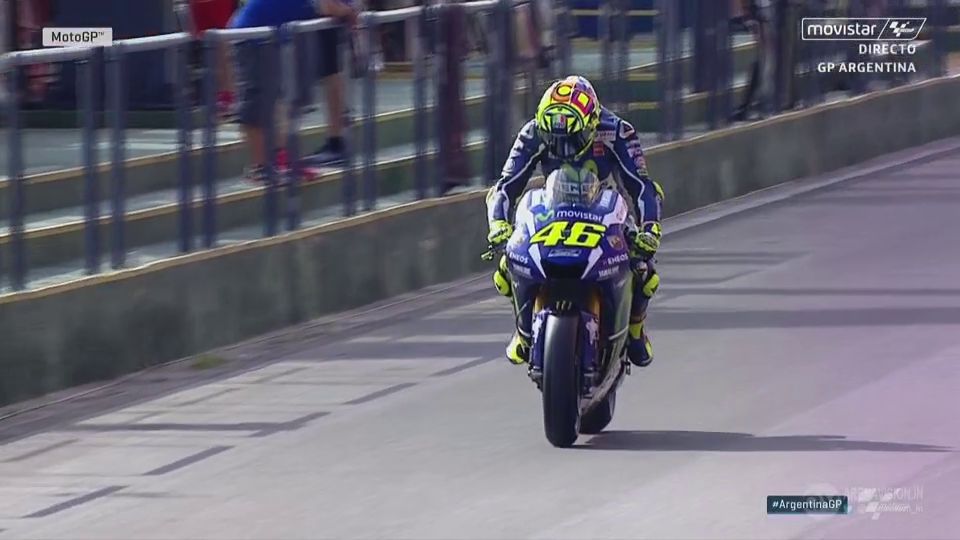 A filthy Termas de Rio Hondo circuit combined with blazing temperatures made for a difficult start to the Gran Premio Motul de la República Argentina for Valentino Rossi. ‘The Doctor’ ended FP1 in sixth and although he was able to improve his time by over half a second in FP2, he concluded the day in seventh. Both sessions were spent searching for more grip with an eye to Sunday’s race. His attention changed slightly in FP2 as he became aware it may rain on Saturday and did not want to be left outside the top ten, choosing to use a new rear at the end of the session to set a 1’41.565.

Grip continues to be at a premium in Argentina, the Hondas working better than the Yamahas at the current stage. Rossi was 0.986s back on Friday’s leader Marc Marquez (Repsol Honda Team), but did managed to end almost half a second ahead of his teammate Jorge Lorenzo. With the 2016 championship still very much in its infancy, a strong result could tighten up the standings once more.

Valentino Rossi: “Difficult day for everybody because these were challenging conditions. The track was very dirty and in the afternoon it became better but it remained very slippery and also the temperature was very high so it was difficult to maintain the pace lap by lap. It looks like we suffered a bit with the lack of grip on the track, we slide and also the front tyre was not very good. We need to work, so from this moment we need to improve the setting step by step and hope the track will become better and that the weather conditions will become more cold but not wet.”

Watch the best and worst moments of the incredible 20 years career of Valentino Rossi; described by himself 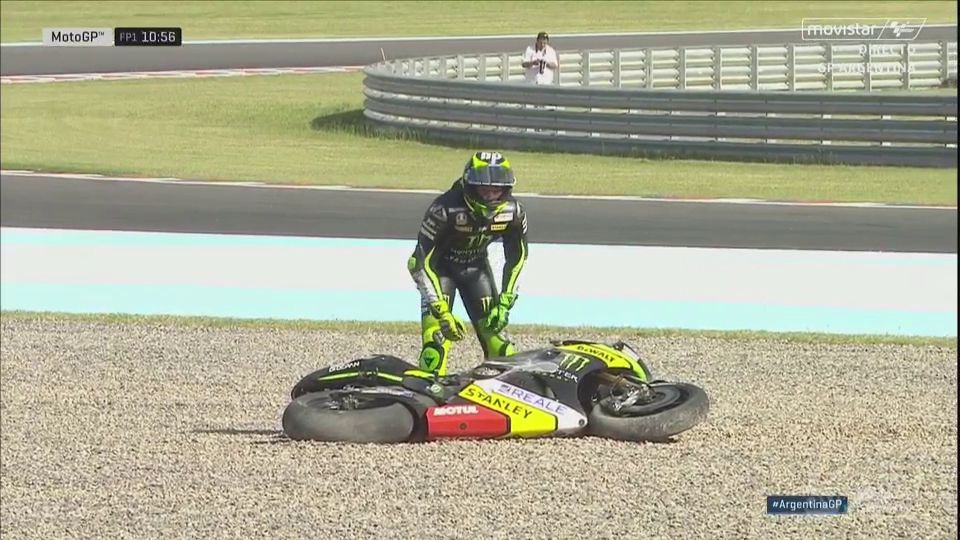 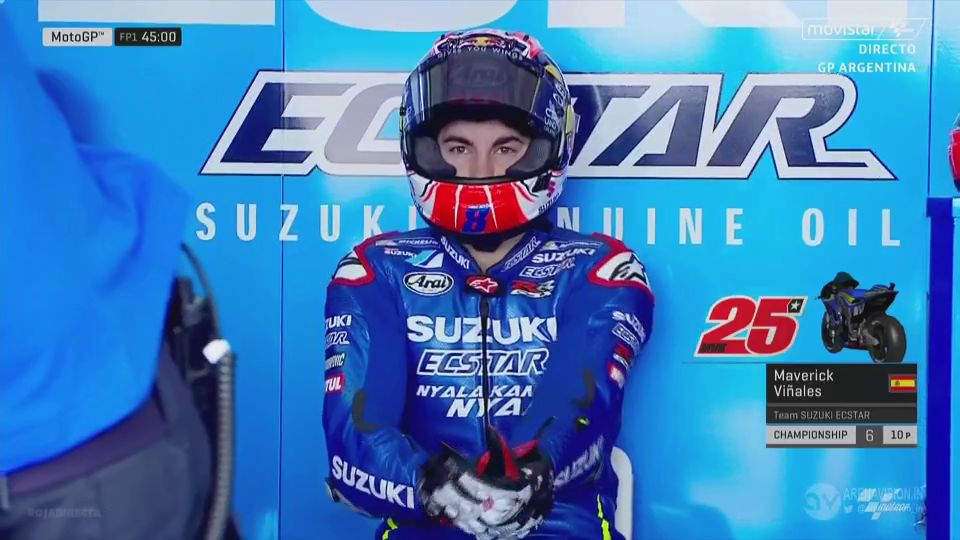 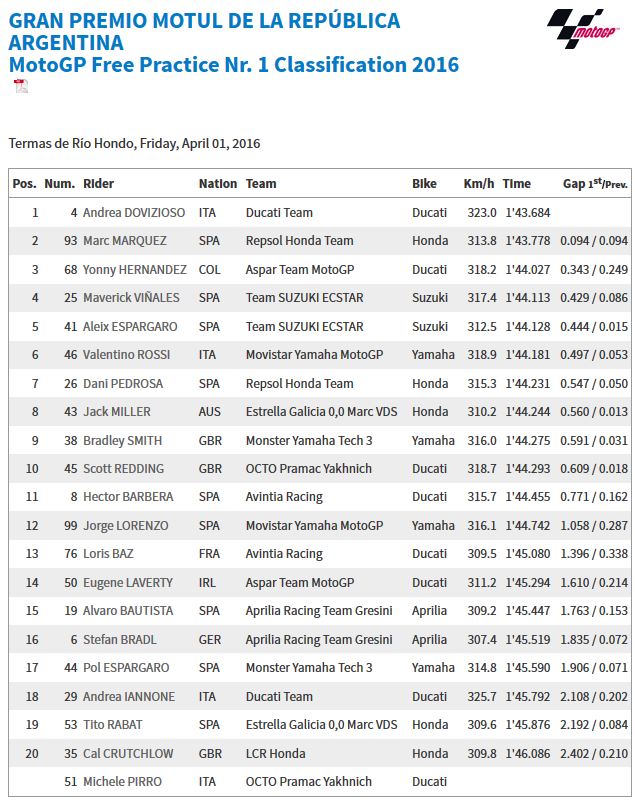