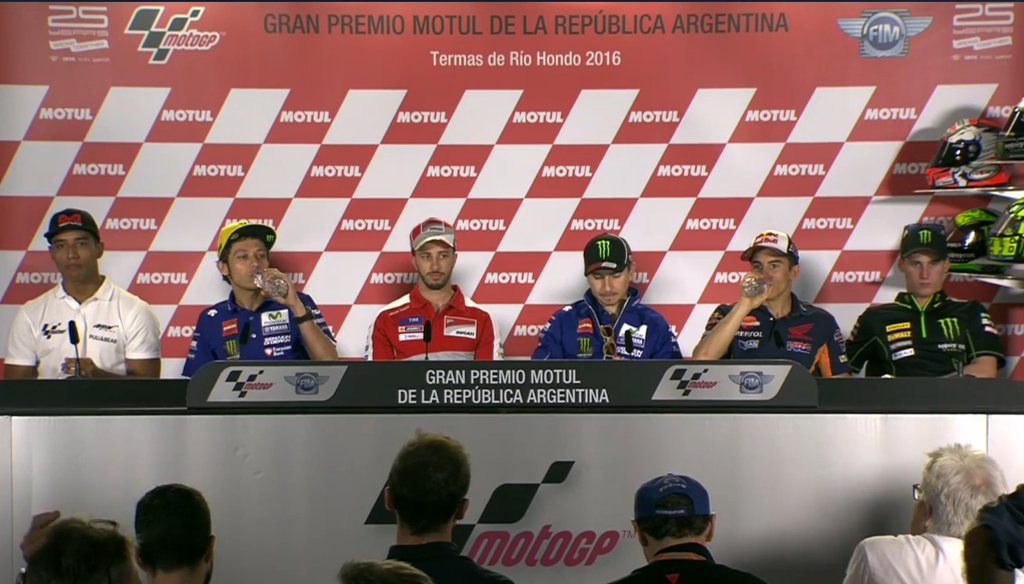 Jorge Lorenzo enters the weekend with the lead in the championship, but his rivals are keen to see it overturned.

With the first round of the MotoGP™ World Championship done and dusted, Jorge Lorenzo, Andrea Dovizioso, Marc Marquez and Valentino Rossi were joined by Pol Espargaro and home hero Yonny Hernandez for the pre-race press conference.

New rules and regulations saw a closer mid-pack battle in Qatar, but the factory riders were able to maintain their position. Three days of testing gave all the teams ample data to fall back on, but no such safety net exists for the Gran Premio Motul de la República Argentina, none of the teams or riders have visited the circuit with the new tyres and electronics before.

One rider determined to do well is Jorge Lorenzo, the Movistar Yamaha MotoGP rider is riding a wave of confidence after a near perfect race win in Qatar. “Yeah for sure we couldn’t start in a better way in the first race in Qatar. I think we solved everyone’s doubts about the new electronics and the new tyres, we were a little bit worried about the performance during a long race with the Michelin. But we saw that we could be very constant and even faster at the end of the race, we solved the doubt in the first race and also the electronics. For sure with the bike now you need to be more precise and more careful, especially for the tyres at the start of the race but we know we can finish the race in a good physical condition and we finished with the win. We can’t be much happier than now. Now we’re at a different track so we’ll see what happens with a different layout and different tarmac,” he said. 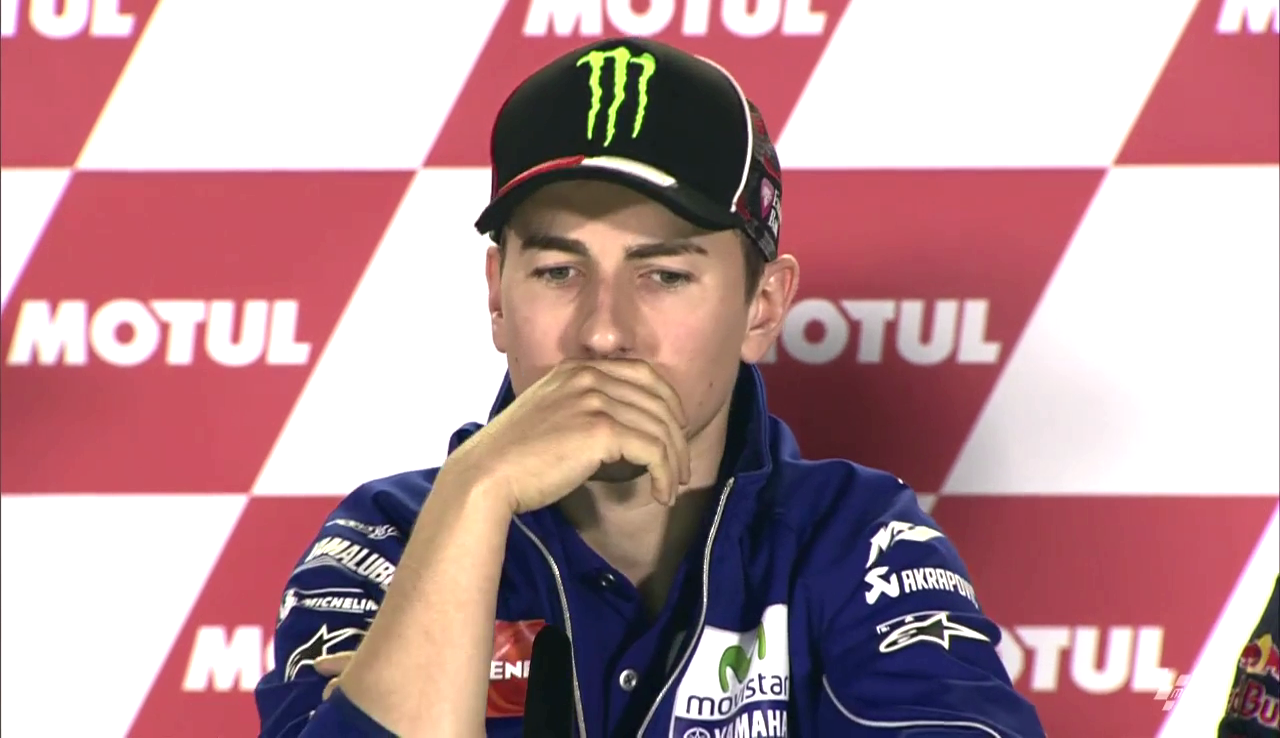 Never has Lorenzo won the first two races of a MotoGP™ season and has a decidedly mixed record in Argentina: “The layout of the track is one of the best of the calendar, it’s very funny to ride. Just in 2014 the bike wasn’t the best and also I didn’t arrive in my best physical condition but I finished third so it was quite a good result given the package. Last year, last year wasn’t a very good race. We didn’t choose the best tyres and we weren’t so competitive during the weekend. I think with the new electronics and tyres we can be much more competitive here and in Austin and try to improve the third from 2014.” 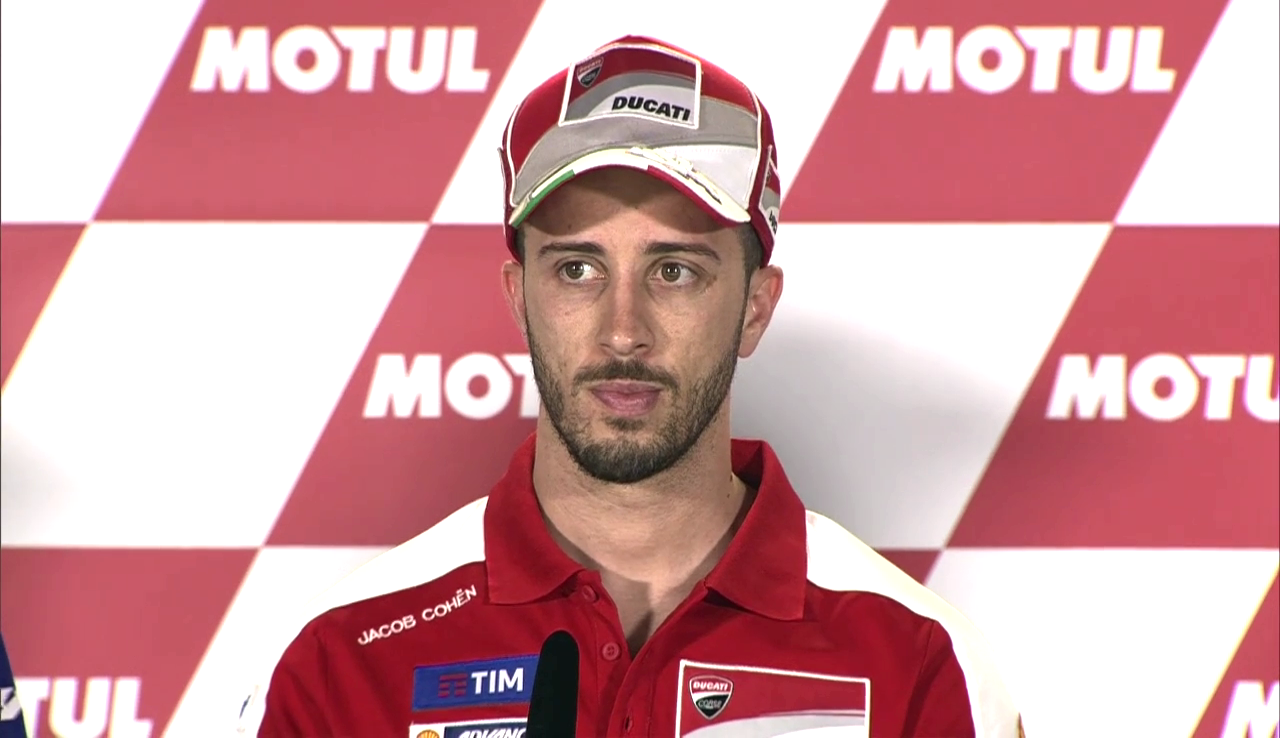 Meanwhile Andrea Dovizioso looks to go one better than the previous race as he and Ducati hunt for victory yet again. 2015 saw Dovizioso take his third second place finish of the season; history repeating itself certainly wouldn’t be the worst situation for the Italian: “No one really knows how we’ll go in Argentina, Austin or Jerez with the tyres especially. We have to be focused and really quick to understand the way during the weekend, how to manage the tyres and the set up of the bike. I don’t want to think too much about the result in the race. We arrived here with a really competitive package and I feel good with the bike. We’ll see the weather during the weekend.”

After testing and the opening sessions of practice in Qatar, few expected Marc Marquez and his Repsol Honda Team to challenge for the podium in Qatar but the young Spaniard was able to turn it around at the last minute. An aggressive ride saw him wrestle his way up to third and just miss out on second. The Argentina GP didn’t get off to an easy start for the Spaniard who had a litany of travel issues on his way to the track: “After 60 hours we finally arrived. I arrived last night at 3 in the night but OK, in the end we are here and looking forward to riding the bike again and confirming the feelings of Qatar. The base, what we found there. It’s a circuit I like and we’ll try to do a good weekend. We’ll see from Friday where the level is and where we are.” 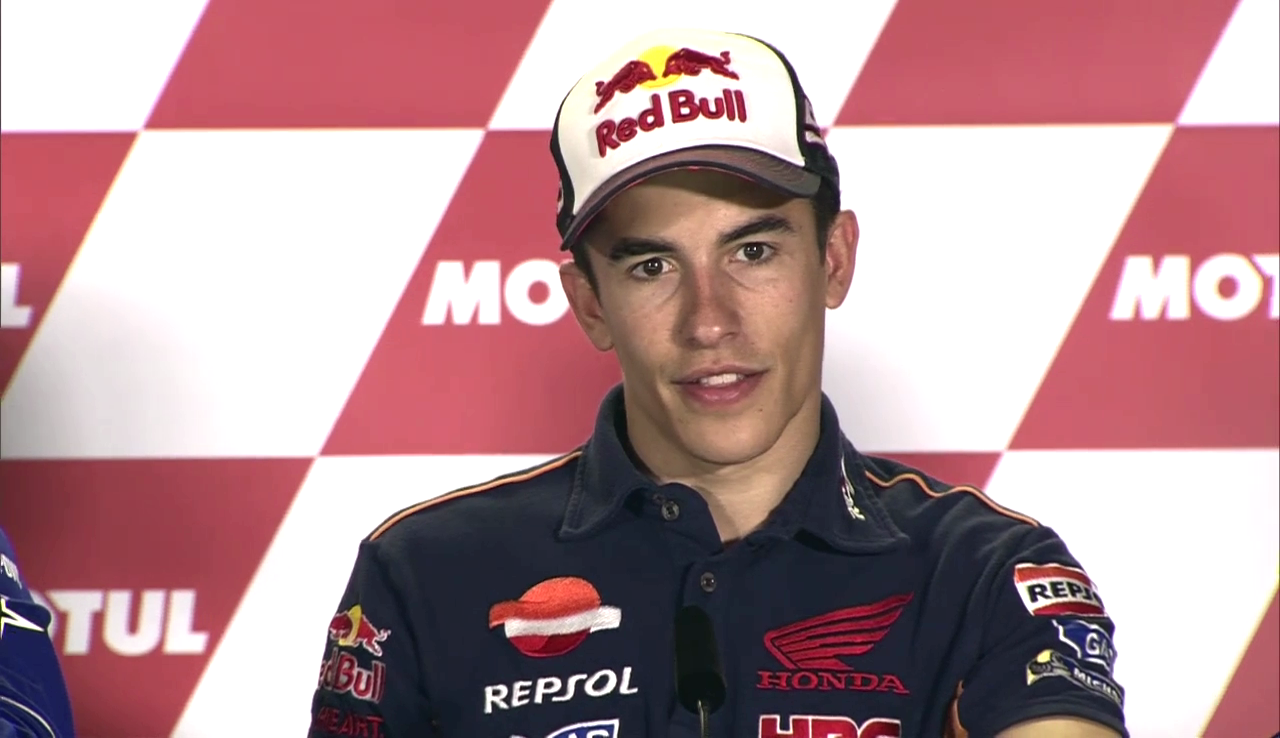 Marquez also highlighted the variety that Michelin has introduced to the World Championship: “Normally last year everyone chooses the same tyres for the race and we already saw in Qatar that there were many different options, me and Valentino with the hard-hard and Jorge with the hard-soft, Dovi with the soft-soft. It will be interesting and important this year to find the best tyre in practice because it’s the key, like in Qatar in the last laps Jorge was able to improve the lap times and do a 1’54, which was really fast. We will try to understand well and try to choose the best one.”

Thursday marks the 20th anniversary of Valentino Rossi’s debut on the world stage, despite being the oldest and most experienced rider in the premier class he’s showing no signs of slowing down, even with technical changes continuing to shake up the field. “Yes it was a lot of different and new things for everyone. At the end in the race it was not so bad. From one side I was quite happy because I could stay in the first group and the race was quite fast. Unfortunately I couldn’t arrive on the podium, which was my target so we need to make better to improve and become more competitive and stronger. Also the choice of tyres is now more open because in the first group there was a lot of different choice so we need to concentrate and make the right choice for Sunday here.” 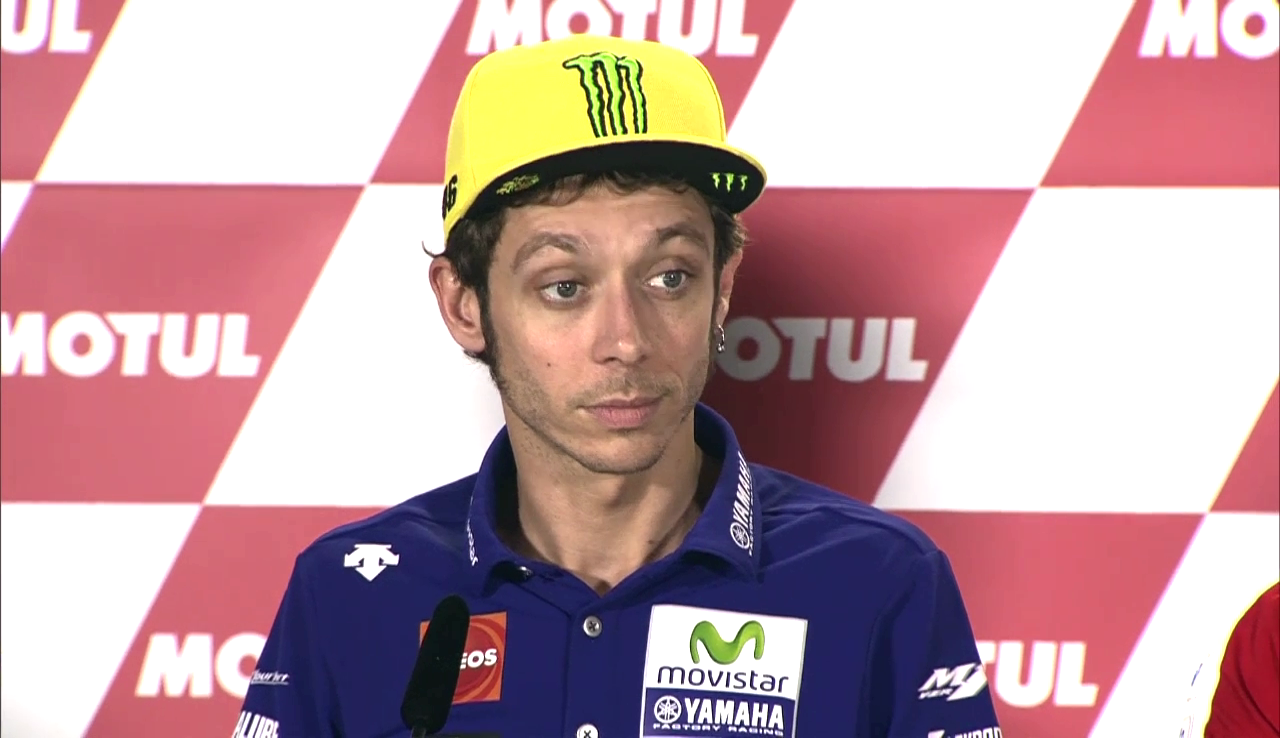 Rossi is the only rider in the premier class to have finished inside the top four at both races held in Argentina: “We hope for good weather, I like the track. It’s good that most riders like the track, it’s a funny layout, medium-fast and it’s quite technical. Last year was a great result, but also the year before the race was not so bad. But you know it looks like this year we have a lot of bikes and riders who are fast so we need to find something more.”

A seventh place finish in Qatar saw Pol Espargaro secure the honours of being the top Independent Team rider, besting his Monster Yamaha Tech 3 teammate in the dying moments of the race. After an up and down 2015 season, the satellite Yamaha man is continuing to regain his confidence: “Especially in Qatar, everyone starts a bit nervous there and it’s easy to make a mistake there and lose a lot of points already. I think it’s not the best option. I didn’t start well so I lost a lot of time at the start and I missed maybe one or two positions at the end. It’s what I said to you, it’s important to take points and to be the first satellite bike. We have to make our job like in Qatar but for sure we have to improve a little bit especially at the start because I wasn’t really powerful there. Looking forward to the weekend.” 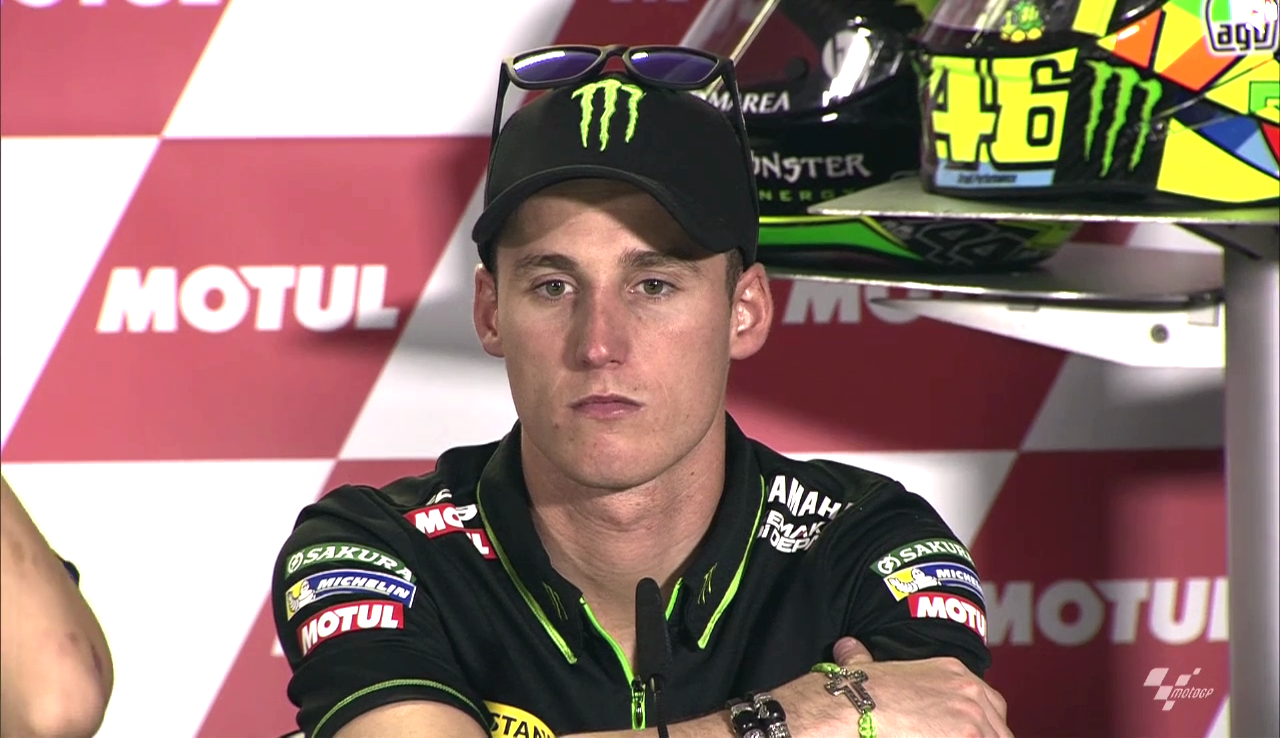 Espargaro also loved his trip through Buenos Aires: “Yeah it’s amazing, we did some laps in Buenos Aires and it was funny. But to finish in the Boca Juniors was unbelievable because of the history you have. It was a new experience, I never expected to go in the middle of the stadium with motorbikes but we did! And it was fantastic and a great thing to do with my brother who is a football hooligan!”

He may be from Colombia, but with a huge number of fans making the pilgrimage to Argentina, Yonny Hernandez treats the race as his home round. Hernandez was joined by the Espargaro brothers for a spectacular tour of Buenos Aires just ahead of the weekend: “For me it’s like racing at home. It’s a lot of fans and people here wishing 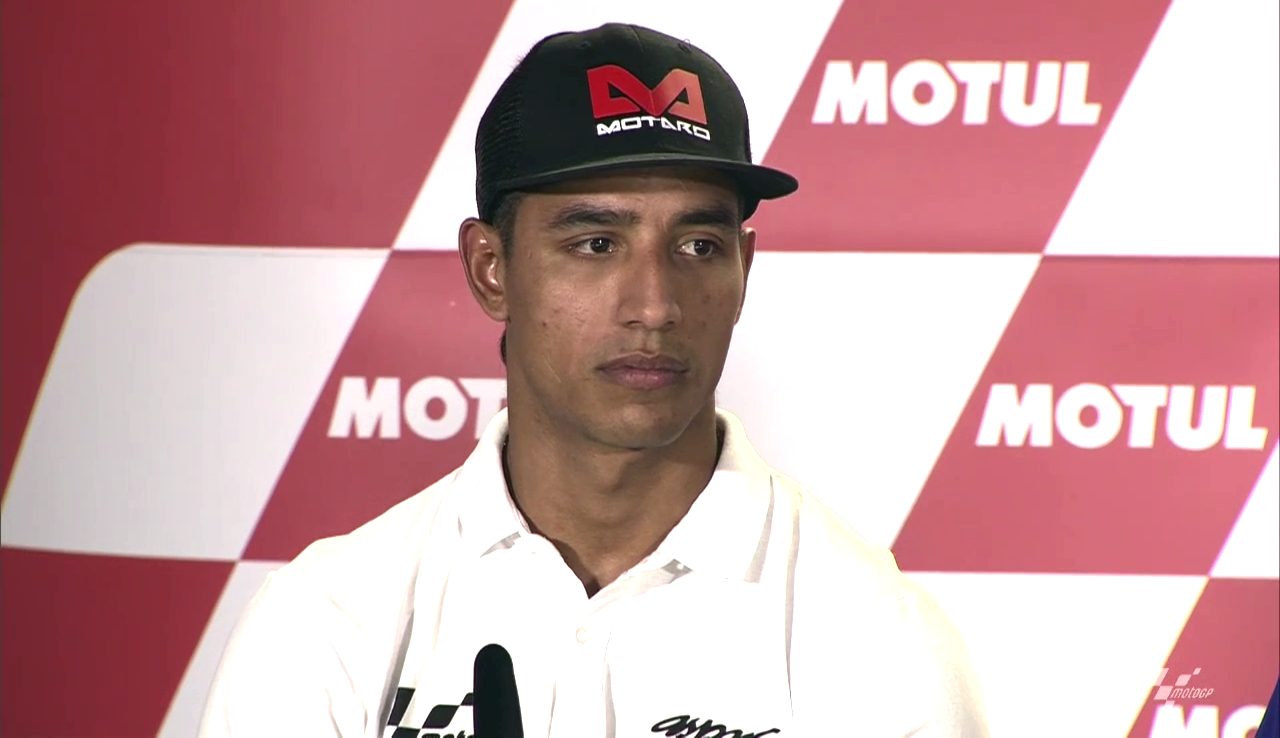 me well and to do a good race. It’s special to race here because it’s my race as a Latin American. It’s amazing to represent my country here and in MotoGP. I hope to work hard with my bike here for good points. I think the fans are growing, especially in Colombia and here. When I come here all the people know me. When we went with Pol in Buenos Aires everyone was looking, it’s strange but good!”