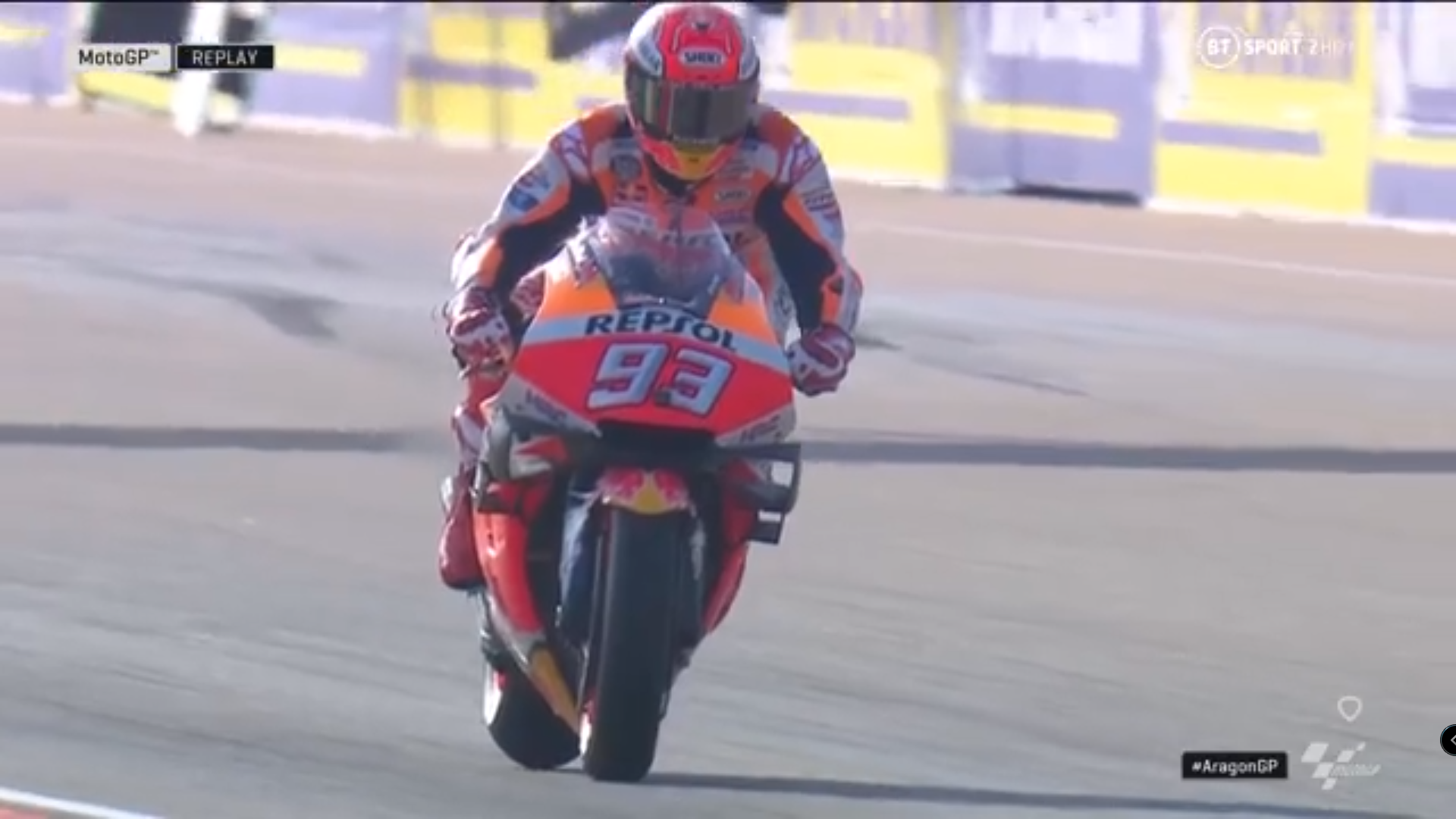 Marc Marquez MM93 send everyone else at more than 1.6 Seconds. Viñales and Quartararo occupy respectively P2 and P3... Cold morning saw the Current Leader of the World Championship lapping less than 2 tenths from his own all time Lap Record...

For almost the entire session, home hero Marquez sat a second clear of the field. The first rider to get within a second of the number 93 was Petronas Yamaha SRT’s Franco Morbidelli, with the scrap for P2 in FP1 bubbling up nicely in the final stages as Joan Mir (Team Suzuki Ecstar), Jack Miller (Pramac Racing), Ducati Team’s Danilo Petrucci, Viñales and Quartararo all took it in turns to be Marquez’ closest challenger. 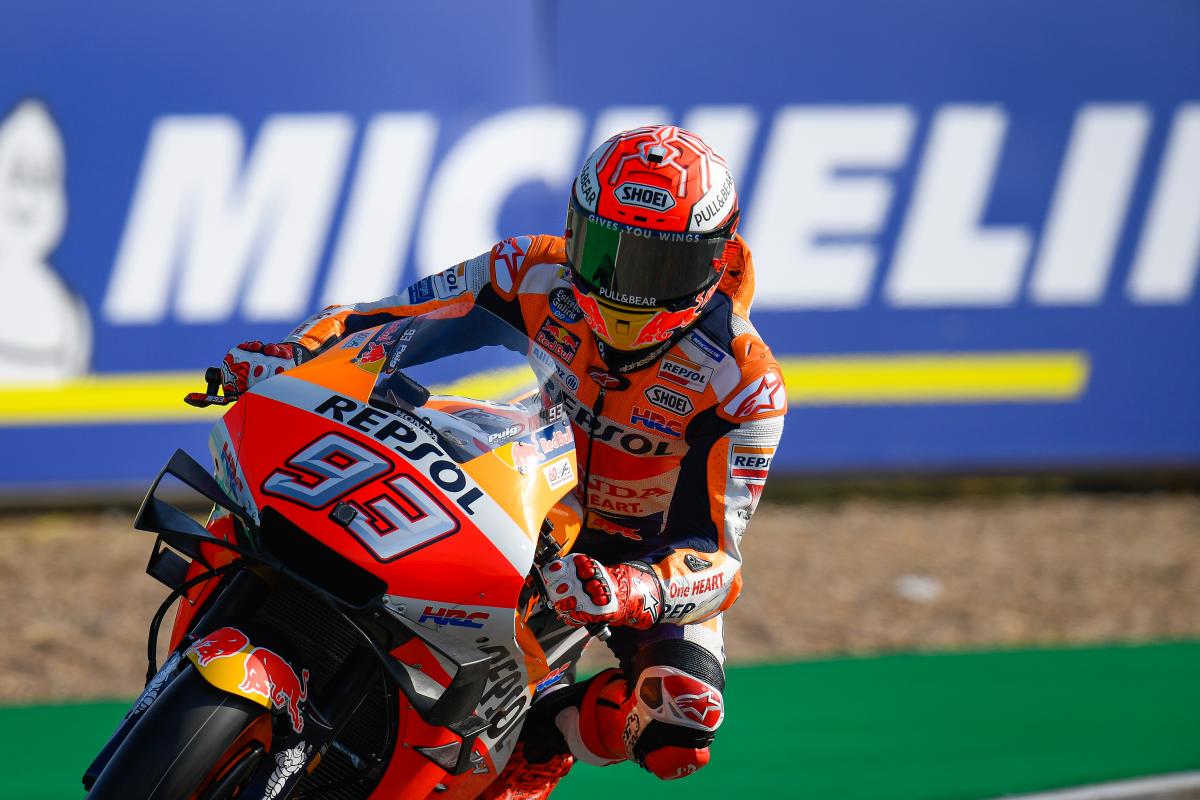 However, Marquez came out on a new soft tyre and blew the field away. Two seconds was his gap on his competitors before Viñales was able to go quicker on his final lap, with Quartararo displacing Andrea Dovizioso (Ducati Team) from P3 on his last run. Miller sits P5 after FP1, with himself and Mir setting the same time.

Alex Rins (Team Suzuki Ecstar) suffered an issue with his GSX-RR in FP1. 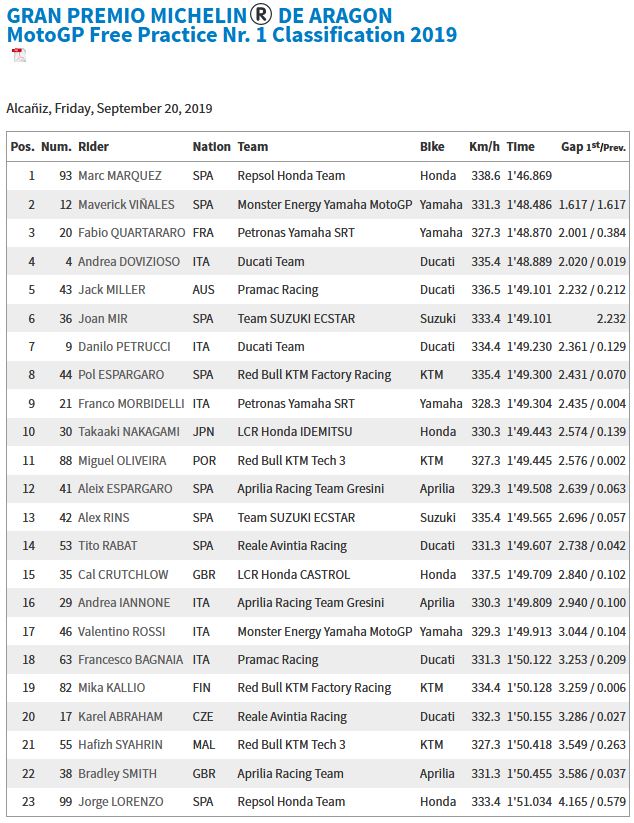