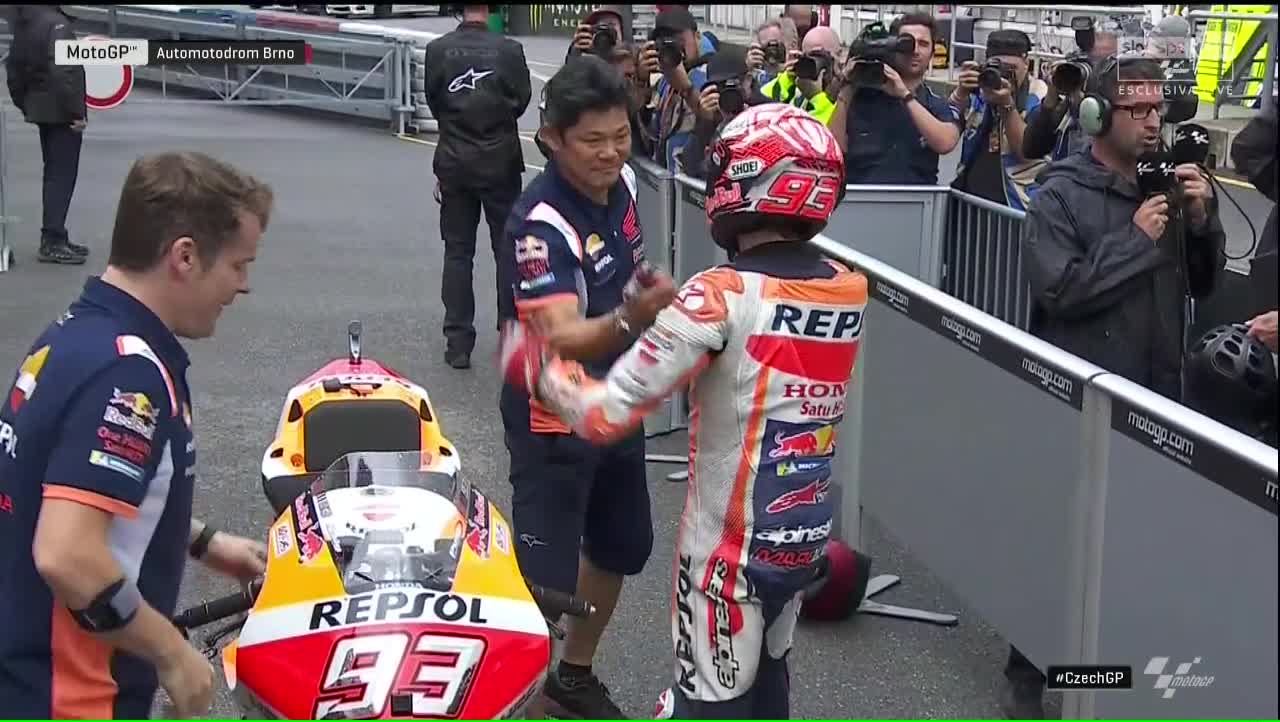 After the heavens opened again early in the afternoon, qualifying looked set to be wet and to start with, it was. But a dry line formed quickly in Q1 and after that initial 15 minutes, it was borderline whether or not the slicks would work. The 12 riders in Q2 all went out on wet tyres and set benchmark lap times, with Zarco still in the groove from Q1 to put himself top of the standings after the first banker laps – 0.5 was the Frenchman’s advantage as he and teammate Pol Espargaro, the other man to come through Q1, sat on the provisional P1 and P2. But that was just the beginning of a quite frankly ridiculous Czech GP qualifying session.

As the riders were still out on the wet tyres, Marquez and Alex Rins (Team Suzuki Ecstar) clashed. Rins stuck it up the inside of a slightly slower number 93 around Turn 8 and the two had slight contact, Marquez nearly crashing on the exit. The latter then went up the inside of Rins at Turn 14 and as both headed down pitlane, Rins overtook Marquez as the two were again close to coming into contact, with Marquez then gently pushing Rins away. Words and gestures were exchanged – was the beast awoken? 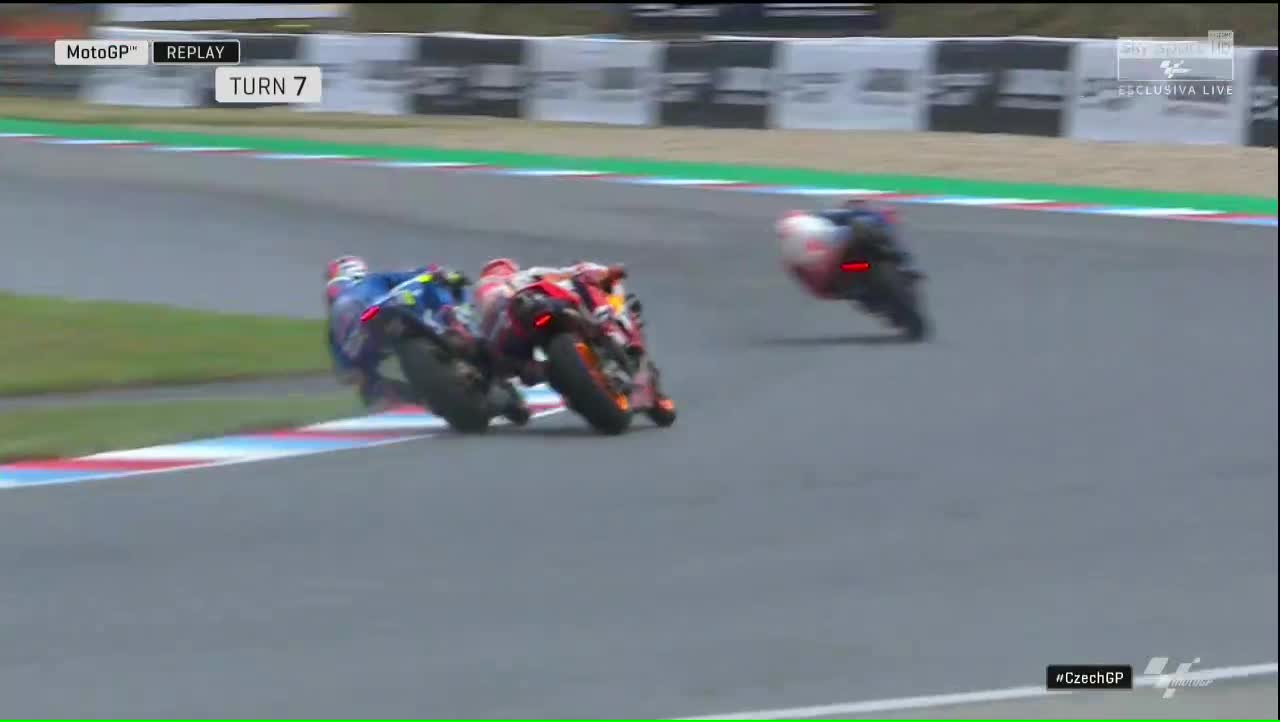 Then, a massive gamble. With rain in the air, Marquez and his team took the decision to go for slick tyres, but was it the correct choice? At first, it seemed no. Marquez was 2.4 off Zarco’s lap time on his first dry tyre run and at the same time, Andrea Dovizioso (Ducati Team) jumped from P10 to P2 on the wet tyres. But Marquez was on it on his second flying lap on the slicks, going a tenth under the pole lap in the first sector but then, drama. With two minutes to go there was rain in pitlane. The last sector seemed to be getting the brunt of the weather and it was a section Marquez was yet to get to, but the reigning Champion had 1.3 seconds in his pocket. Coming through the rain on slicks, Marquez somehow lost just a couple of tenths to stick in on provisional pole – a phenomenal effort.

Meanwhile, Miller was also out on slicks and having seen Marquez’ sector times, others were out there on the dry tyres too. However, no one else – baring Miller – could get the slicks to work. The Australian put his Ducati in P2 but he was over a second down on Marquez and the latter was going even quicker. The beast had well and truly been poked and Marquez was going for it. Up by 1.4 seconds, the 26-year-old was about to enter the last sector where the rain was teeming down and at this point, it was an unnecessary risk – only Miller was anywhere near Marquez’ time. But Marquez wasn’t to know and coming though the rain-soaked final sector, the seven-time World Champion proved just how good he really is: slick tyres, in the rain, maximum push, no trouble. A little wobble on the exit was followed by a relieved head nod as Marquez improved again to take pole by 2.524 seconds – astonishing.

Miller crashed going through the rain-drenched final corner but he kept his second place on the grid, that’s his best Saturday afternoon result since the 2018 San Marino GP. Zarco’s early benchmark lap earns the Frenchman his best qualifying result since taking pole in Malaysia last year, with this being KTM’s first MotoGP™ front row start. Dovizioso managed to take fourth to put himself in a decent position for the race, Espargaro lines up alongside the Italian in fifth for the second time this season, Rins will launch from sixth.