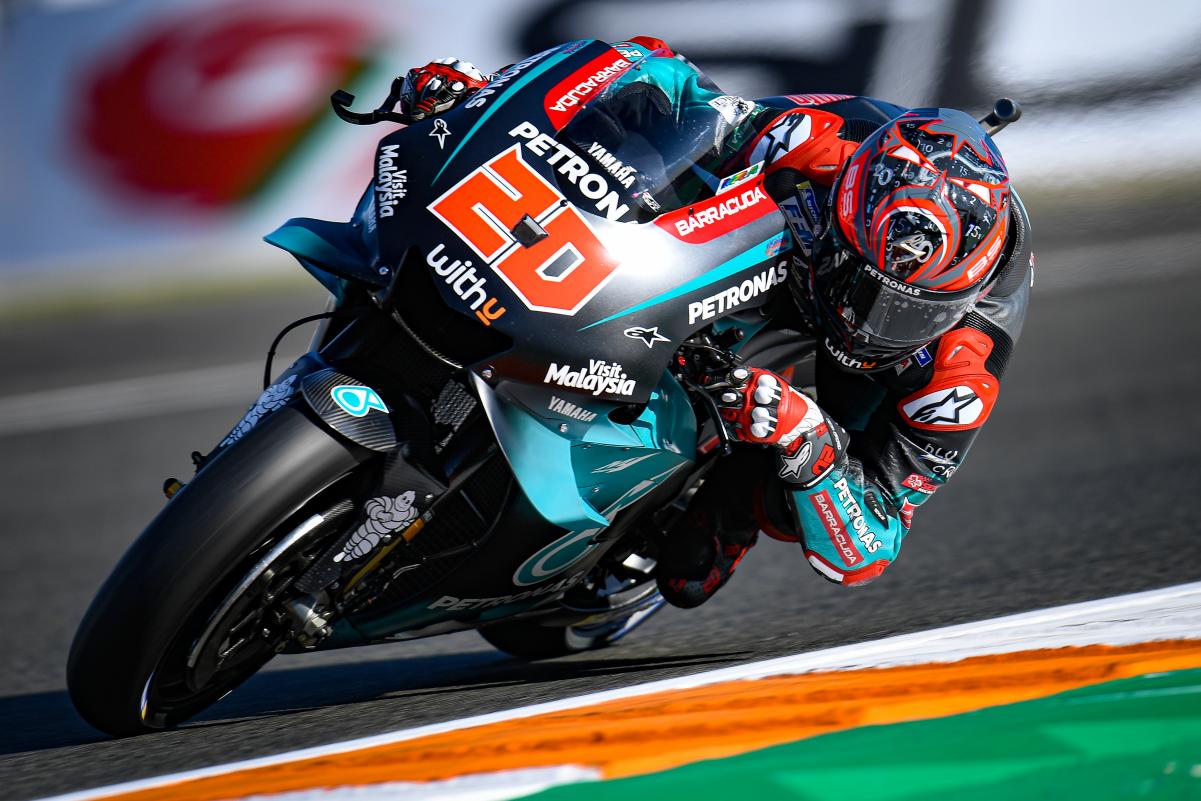 The young Frenchman makes a perfect weekend for the last Grand Prix of the season: after dominating the day of Friday, it is full with his pole position on Saturday Qualifying.

Fabio Quartararo will start from the first place on the starting grid for the 6th time this season. He is the only one to have passed the 1'30 mark on the Valence turnstile with a 1'29.978.

He is followed by Marc Marquez (+0,032 only) and Jack Miller, for a first-line composed of a Yamaha, a Honda and a Ducati. Yamaha's Maverick Vinales and Franco Morbidelli complete the Top 5, Andrea Dovizioso is 6th.

Valentino Rossi completely misses his qualification as he signs the final time of the Q2 and will start from 12th position.

At Suzuki, rookie Joan Mir leads Alex Rins in 7th and 8th places, while Cal Crutchlow will start 9th, ahead of Danilo Petrucci and Pol Espargaro, who has not confirmed his good performance in Q1.

For Fabio Quartaro the goal is clear and it's about getting his first win of the season. This promises a good battle dimache because Marc Marquez and Maverick Vinales posted a solid pace of racing at the FP4.