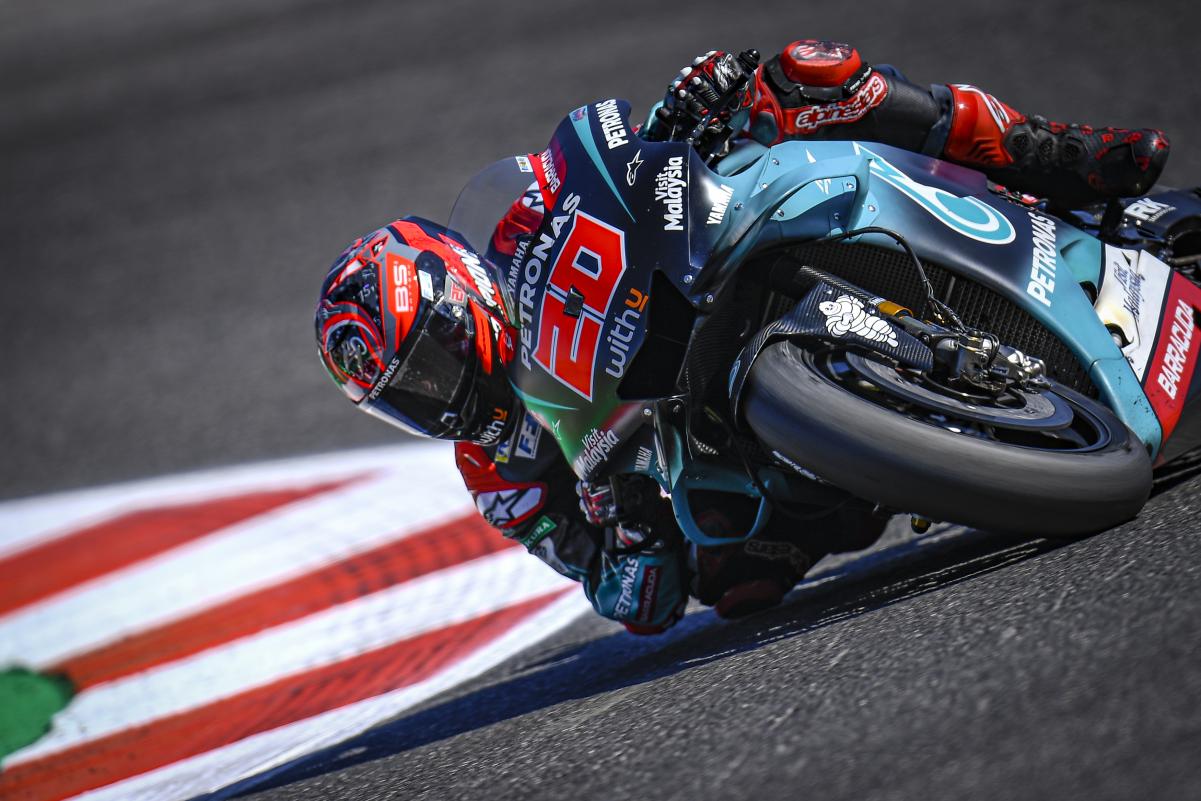 Despite it being cold, the sun was out at the Circuit Ricardo Tormo as the final race weekend of 2019 got underway. Marquez was out the blocks quickest but Monster Energy Yamaha MotoGP’s Maverick Viñales soon closed the Spaniard’s 0.9 advantage to a tenth, with the other three Yamahas of Valentino Rossi (Monster Energy Yamaha MotoGP), Quartararo and Franco Morbidelli (Petronas Yamaha SRT) were chasing Marquez inside the top five.

While Jack Miller (2nd) seemed to have done the hardest by rolling in 1'31.512, he was finally beaten by his opponent (and a friend off the track) Fabio Quartararo. In his last lap, the Frenchman signed the FP1 benchmark in 1'31.455, beating the Australian 57 thousandths under the cool Valencia sun.

Marc Marquez (3rd, +0.077) and Maverick Viñales (4th, +0.140) completed the top-4 just behind, but the two Spaniards drove the same worn tires the whole session. Franco Morbidelli completes the top-5, placing a third Yamaha at the forefront. At ease, Valentino Rossi (8th) could also be part of it but it fell.

On the scene of the first podium of the KTM, obtained last year, Pol Espargaro (7th) raises the RC16 in the top-10. It is closed by the runner-up Andrea Dovizioso (9th) and Alex Rins (10th), ahead of his teammate Joan Mir (6th).

Johann Zarco (13th) made a good first session and was two ahead of teammate Cal Crutchlow (15th). Between the French and the British is Michele Pirro (14th), whose Ducati caught fire during the session. Jorge Lorenzo starts his last weekend in 18th place.

For his first steps in MotoGP, Iker Lecuona (23rd) is last but has rolled in 1'34.563, 3 seconds behind Fabio Quartararo - it's positive for a very first session. He is only 189 thousandths of the other KTM Tech3 driver, Hafizh Syahrin (22nd). On his first appearance in the premier class, Iker Lecuona (Red Bull KTM Tech 3) finished just 0.189 behind teammate Hafizh Syahrin in FP1 – an impressive debut from the Spaniard. 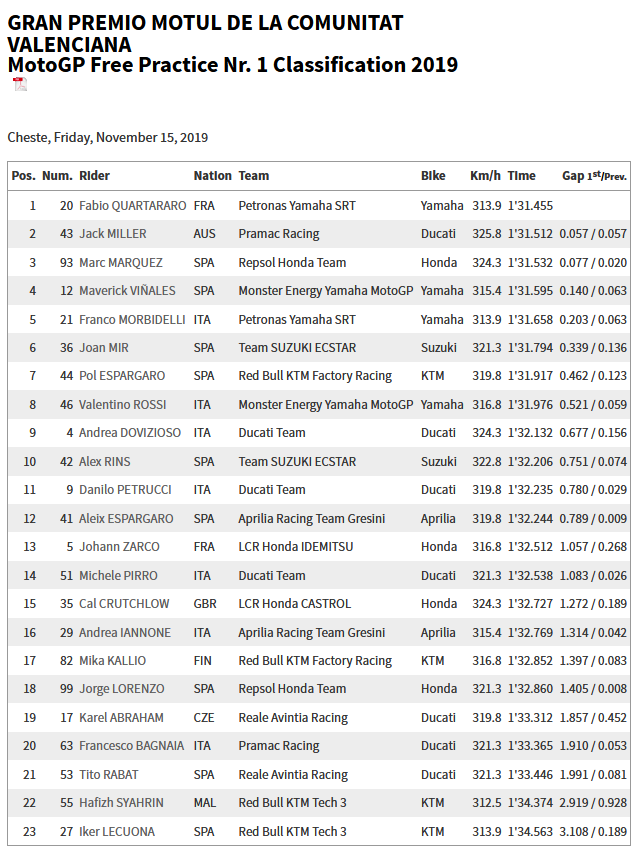