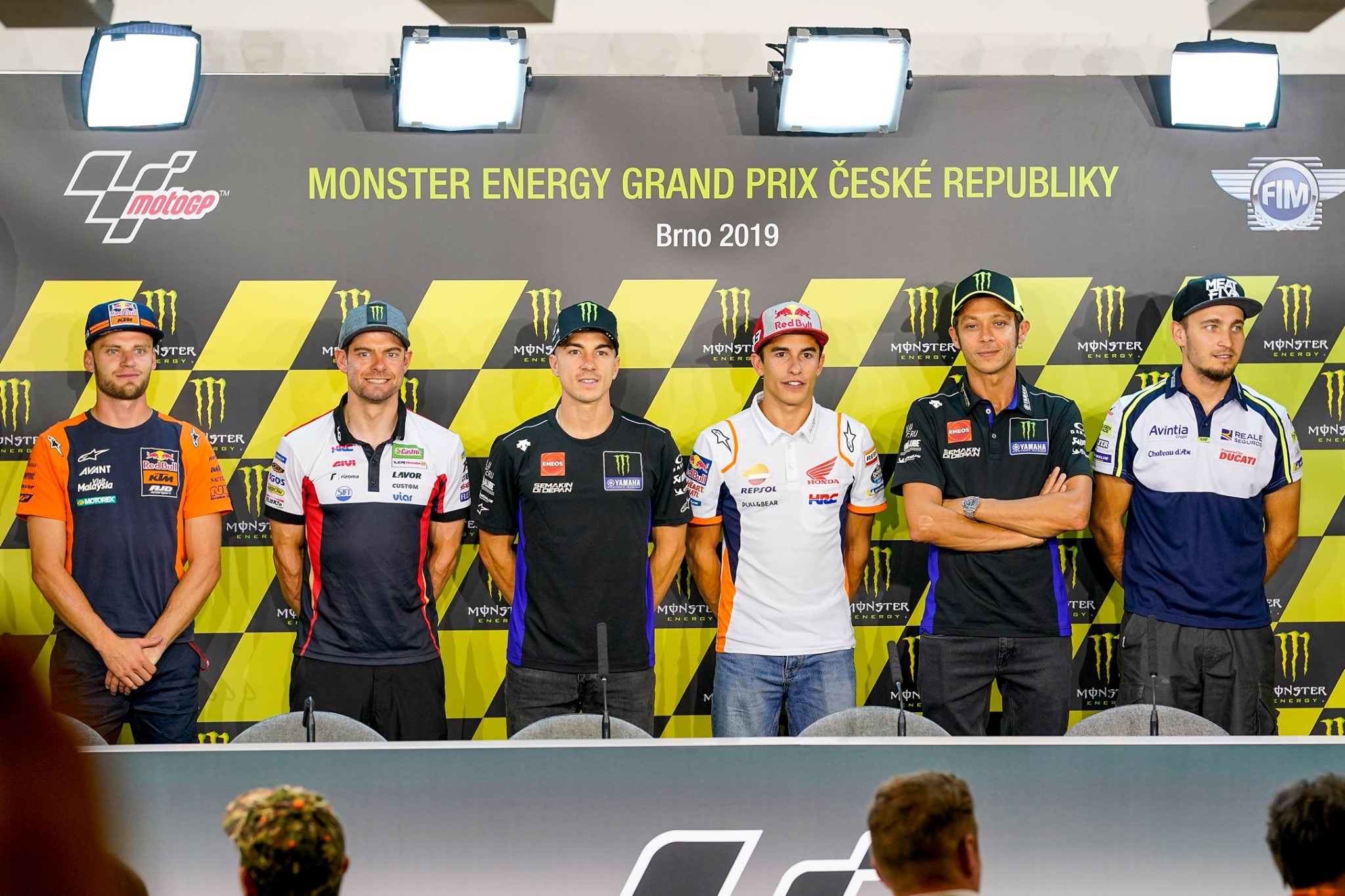 Marquez has a commanding 58-point lead in the standings but with 10 races still to go, it’s anything but over. And, starting in Brno – a track not overly favourable with the number 93 - there are a whole host of riders who are confident they can have a good shot at overturning Marquez and Repsol Honda this weekend.

“First part has been interesting. In some tracks it was one manufacturer, in others it was another but the main thing is we were always there,” began the reigning World Champion, discussing how he’s had Yamaha, Ducati and Suzuki challenging him at different tracks so far this season.

“We were always there to have a small chance of victory or second place and this will be the target for the rest of the season. Here we will see which rider and which manufacturer will be there, but our goal is to fight for the podium, try to fight for the victory until the end of the race and yeah this is the way. If it’s impossible then it’s time to survive and time to take points for the Championship.” 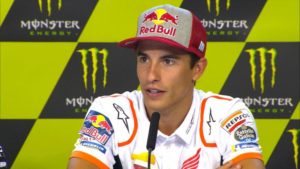 One man who ended the first half of 2019 strong was Viñales. The Spaniard beat Marquez fair and square in Assen and came second to him at the Sachsenring, while also looking good to challenge for the win in Catalonia. Speaking during the Press Conference, Viñales was super eager to get back on board his YZR-M1 as he and Yamaha adopt a “nothing to lose” mentality.

“Yes, honestly it has been great really. I am full of energy because I finished the last two races in a good way,” commented an excitable Viñales. “For me, this summer break was very long because I was waiting to be on the bike, the mood I had was really good. With the same mentality, we have nothing to lose and we will try to push at the maximum from the first lap on Friday. I feel good, calm and we need to keep trying to take the maximum from the bike, try and be at the front and understand and learn a lot.”

Rossi found the going tough towards the summer break but Brno is a track ‘The Doctor’ loves. If he can find the intricate changes that are needed, there’s no doubt he can join forces with Viñales to give Marquez an Iwata factory headache.

“For sure it’s a good chance to recharge the battery and take the right energy for the second half,” commented Rossi. “The last races of the first part were very tough and very difficult. We expected to be stronger, so we need to concentrate and work better to be stronger for this second part. In the last races, but also from Jerez, Quartararo and Maverick are very strong so this means the bike is competitive. We need to find another way to find the good feeling with the bike to ride at the limit… It’s a fantastic track, I think all the riders like because it very fun, wide and fast, especially with the MotoGP bike you enjoy very much and it’s always a pleasure to ride here in Brno.” +

And what about 2016 Czech GP winner Crutchlow? A Sachsenring podium boosted his spirits ahead of the second half and there’s no reason why the British rider can’t challenge for more rostrums and a win in the coming races.

“I am very happy to be here in Brno and be working with the team again. I seem to favour the second half of the season over the first half, we have two podiums so far and maybe we can to that – perhaps this weekend,” said Crutchlow.

Neither Ducati Team riders were in the Press Conference but it was them who took a 1-2 here 12 months ago. Andrea Dovizioso was the victor and if he and teammate Danilo Petrucci can get the Desmosedici GP19 on song this weekend, that makes two more incredibly likely candidates for a win shout in Brno. The duo are Marquez’ nearest challengers in the title race and if push comes to shove, both ‘Dovi’ and ‘Petrux’ will be doing everything and more to beat Marquez on any given Sunday.