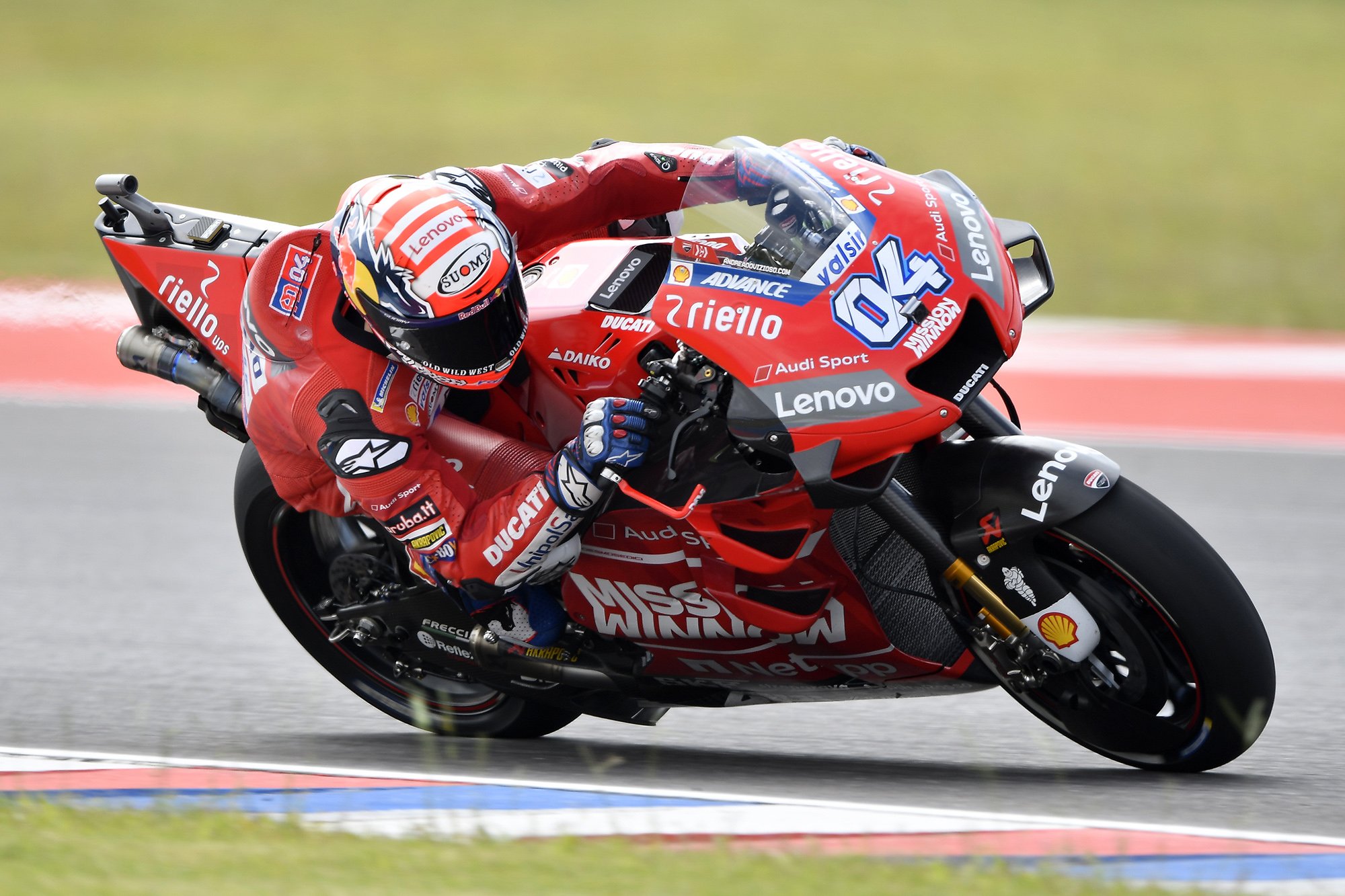 Marquez was the leader for nearly all the session, the Honda rider and championship leader having set a time of 1m56.948 early on. The rest of the field could close the gap only in the last couple of minutes, with Yamaha's Vinales falling just half a second short. Dovizioso then took the lead in the final minute of the session with a 1m56.919s, beating Marquez by just 0.029s.
Vinales was a close third while Tech 3 KTM rider Oliveira grabbed an impressive fourth, just 0.099s slower than Dovizioso. Suzuki wildcard Sylvain Guintoli also impressed in fifth, although he was nearly half a second off the pace.

Pramac Ducati's Jack Miller was second for most of the session but didn't improve in the latter stages and dropped to sixth, followed by Oliveira's Tech 3 teammate Hafizh Syahrin. The top 10 was completed by Franco Morbidelli (Petronas Yamaha), Alex Rins (Suzuki) and Valentino Rossi (Yamaha). Francesco Bagnaia was the only rider to crash at Turn 13, the Pramac rider ending up 12th, ahead of Danilo Petrucci on the second works Ducati. Fabio Quartararo (Petronas) was a lowly 18th while Jorge Lorenzo's replacement at Honda, Stefan Bradl, and Johann Zarco (KTM) rounded out the order in 22nd and 23rd.