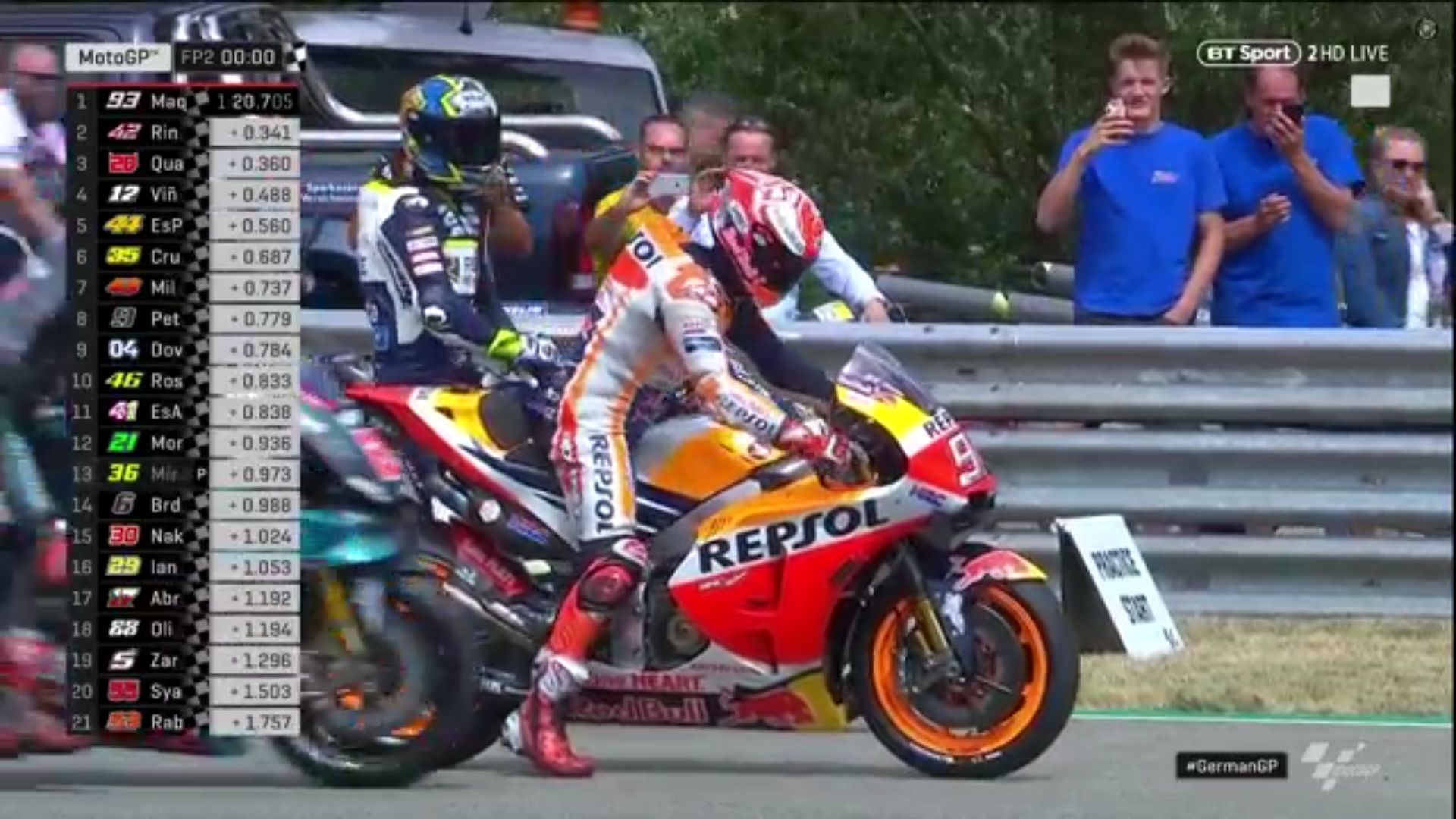 Beaten by Fabio Quartararo in FP1, Marc Marquez took control of the operations in Germany. He ends Friday at the top, the only man under 1'21.

It was not until the last minutes that the first place of the Honda rider was assured, because it was competed by two rivals: Alex Rins (2nd) and Fabio Quartararo (3rd). But none has finally been able to follow Marc Marquez (1st) under the 1'21, and they are relegated to more than 3 tenths. In 1'20.705, the leader went faster than last year's FP2, which was won by Jorge Lorenzo in 1'20.885.

As this morning, Maverick Viñales (4th) is among the best but a little behind. Good news for the Yamaha clan since a third M1, that of Valentino Rossi (10th), is in the top-10. Only lacking Franco Morbidelli (12th) for the balance sheet is 100% positive.

KTM has a smile thanks to Pol Espargaro (5th), who is ahead of a Cal Crutchlow (6th) quick despite his injuries. The first Ducati is more than 7 tenths of the leader, and it is the Desmosedici satellite Jack Miller (7th). Next are the team-mates Danilo Petrucci (8th) and Andrea Dovizioso (9th).

Stefan Bradl (14th), who replaces Jorge Lorenzo this weekend, wins three places over the FP1. Three places is what Johann Zarco (19th) loses at the end of the FP2. Suffering injury from his collision with Valentino Rossi in Assen, Takaaki Nakagami (15th) does what he can. 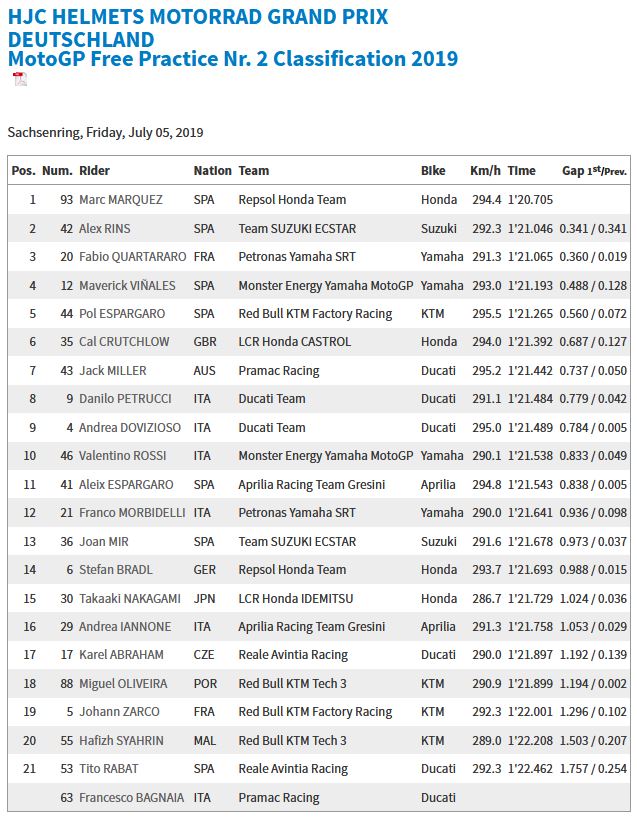