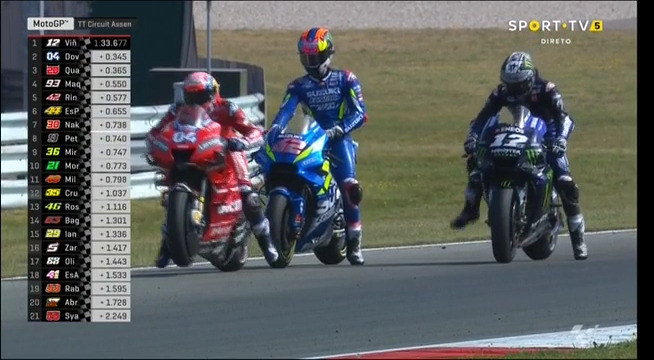 Big effort from Marc Marquez who attack the whole session trying to catch. Viñales stayed fastest and Dovizioso on his tail. A late Fabio Quartararo made up the top three...

Viñales 0.3 clear of Dovizioso ahead of the race

Beautiful blue skies greeted the premier class riders for morning Warm Up and it was Viñales who took control, the Spaniard was the only rider to dip below the 1:34 barrier as he looks supremely confident of challenging for the race win from P2 on the grid. Dovi jumped into P2 at the end of the session, the Italian has work to do from P11 though if he’s to challenge for the podium, with Quartararo’s P3 ending his run of 12 consecutive top two MotoGP™ session finishes.

Championship leader Marc Marquez (Repsol Honda Team) finished P4, the seven-time Champion lines up from somewhere other than P1, P2 or P3 for the first time this season in fourth, as Team Suzuki Ecstar’s Alex Rins claimed P5 in Warm Up. Rins will launch from his first front row of the season. 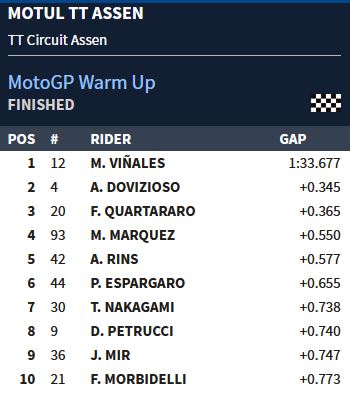