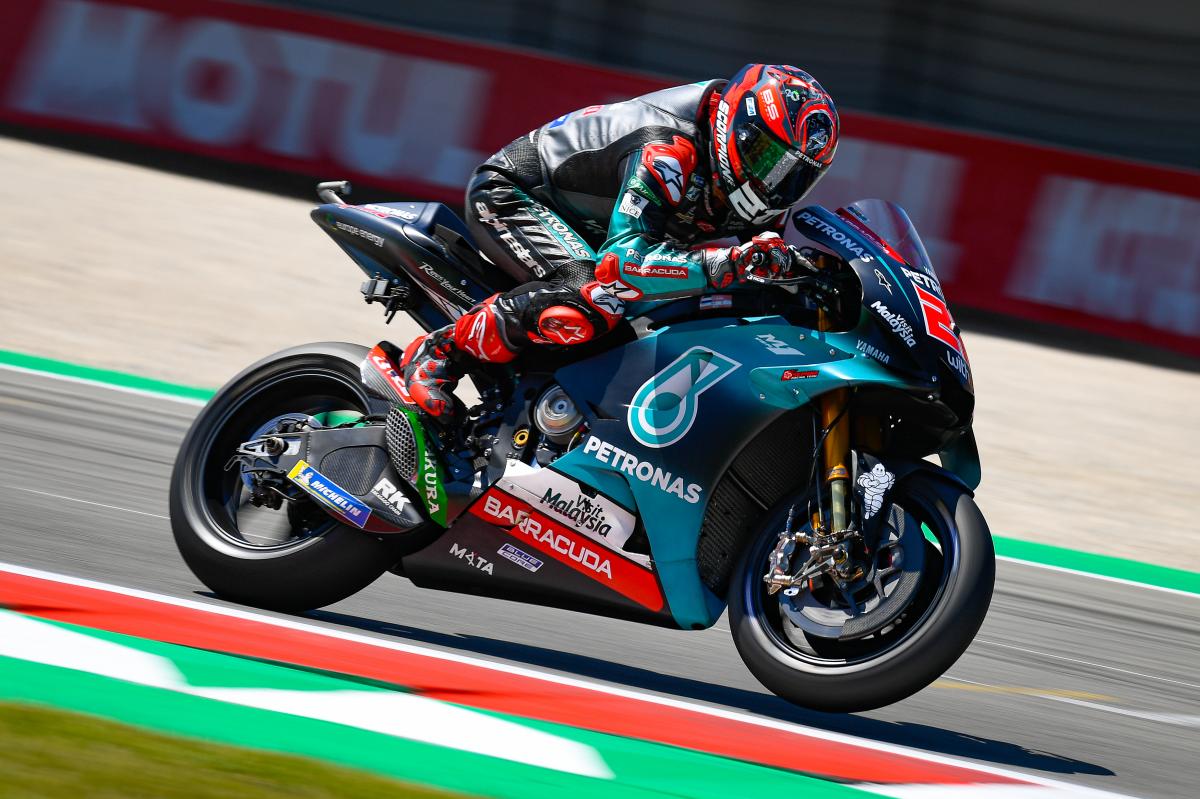 Three Yamaha are in the Top 7! Petrucci, Marquez and Nakagamin in the between... Quartararo King of the free practices at the Netherland MotoGP ...
The Frenchman leaves it late to go P1 as Rossi’s fastest lap gets ruled out to leave The Doctor in Q1

Fabio Quartararo (Petronas Yamaha SRT) left it late to go quickest in FP3 and on the combined times at the Motul TT Assen, a new lap record of a 1:32.471 leaves the Frenchman 0.109 ahead of second place Danilo Petrucci (Ducati Team), with Maverick Viñales (Monster Energy Yamaha MotoGP) holding P3 on the combined times despite failing to improve in FP3.

Temperatures were soaring in the Netherlands on Saturday morning and at the beginning of the session, the riders were focused on finding the best tyre combination and set up for Sunday’s race. 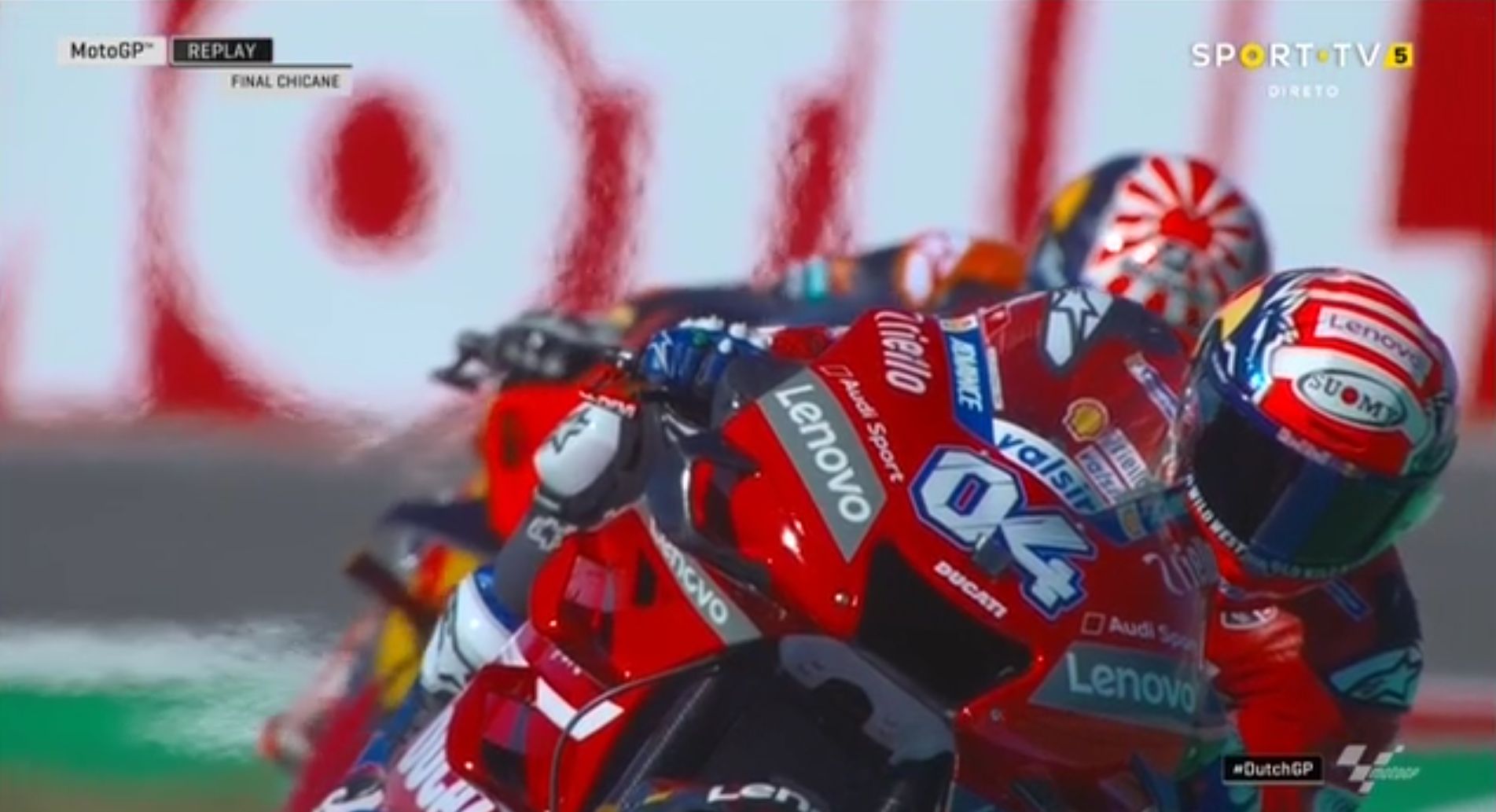 Only Aprilia Racing Team Gresini’s Aleix Espargaro and Tito Rabat (Reale Avinita Racing) had improved their Friday times in the first ten minutes of the session as FP3 remained quiet in terms of top ten changes.

That was until Takaaki Nakagami (LCR Honda Idemitsu), with just under 20 minutes to go, made a move into the automatic Q2 places at the expense of teammate Cal Crutchlow (LCR Honda Castrol). Franco Morbidelli (Petronas Yamaha SRT) was the next big mover as the riders then started to slot in the fresh soft Michelin rubber – the pace was being upped.

Petrucci then pounced. A new lap record was set by the Italian as he ousted Viñales from P1 and with under ten minutes to go, both Marc Marquez (Repsol Honda Team) and Valentino Rossi (Monster Energy Yamaha MotoGP) were on the fringes of the top ten – Marquez P10, Rossi P11. Marquez, with eight minutes to go, emerged on a soft rear for the first time this weekend.

And the Championship leader immediately set the timing screens alight, three red sectors were followed by an orange fourth as the number 93 launched himself to P3. The pressure was on Rossi to get a lap in, and The Doctor did just that. P5 for Rossi and seemingly safe from having to contest Q1, but there would be late drama for the nine-time World Champion as his fastest lap would get cancelled for exceeding track limits at the Geert Timmer chicane. Q1 beckons for one Yamaha. Andrea Dovizioso (Ducati Team), Jack Miller (Pramac Racing) and Morbidelli slammed in late personal best times to go into the all-important top ten, this pushed last year’s second-place finisher Alex Rins (Team Suzuki Ecstar) out. 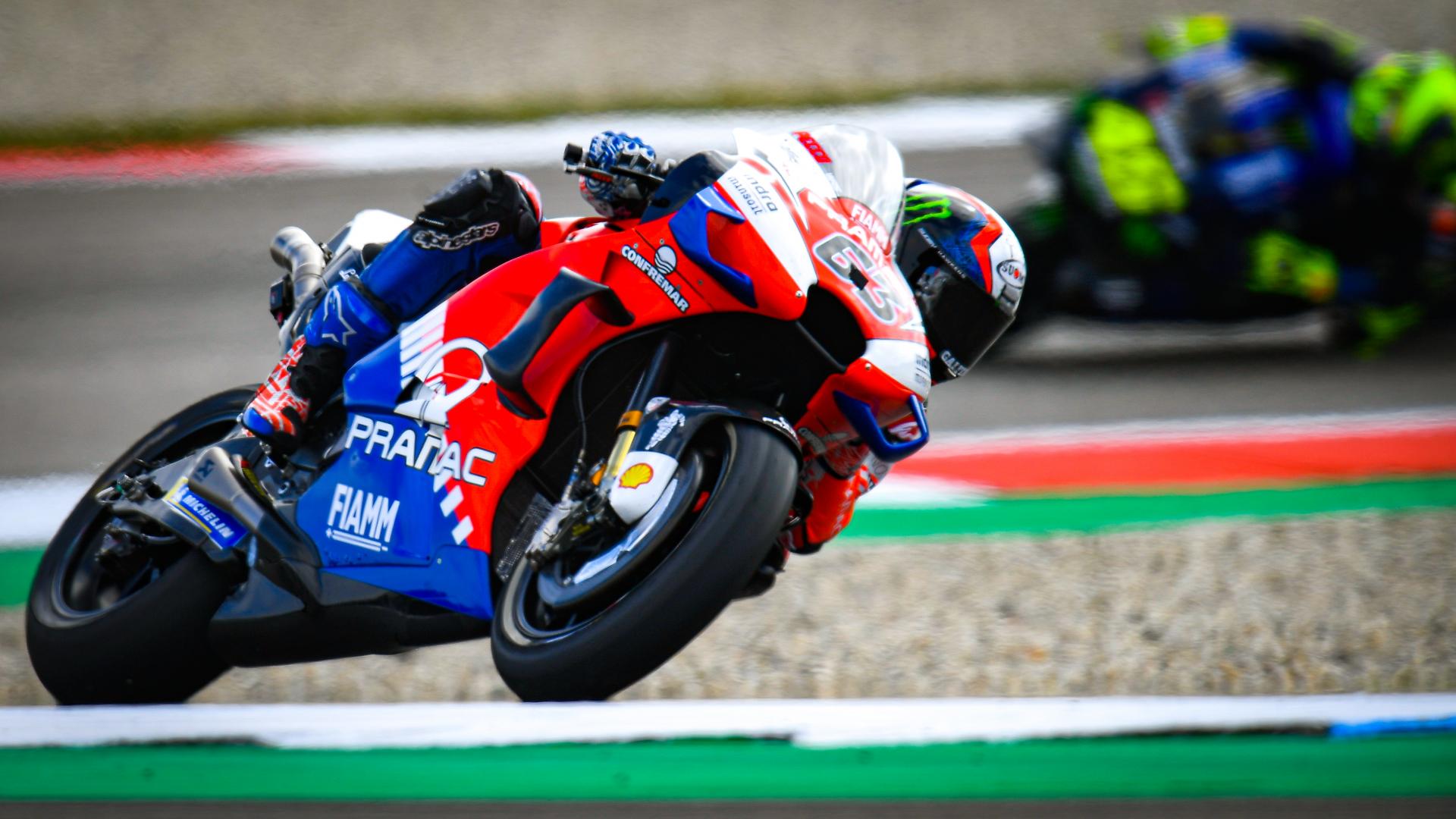 So it’s Quartararo who finishes inside the top two for a tenth session in a row to head Petrucci and Viñales – the latter one of only three riders to now improve their Friday time. Marquez is the leading Honda in fourth, followed by Nakagami and Morbidelli as three Yamahas occupy the top six places. Miller and Dovizioso left it late to cement their place in Q2 in P7 and P8, Crutchlow squeezes through in P9 and Joan Mir (Team Suzuki Ecstar) capitalises on Rossi’s lap cancellation to grab P10.

Rins and Rossi, two leading contenders, will fight in Q1 this afternoon. Can either of them beat the likes of Andrea Iannone (Aprilia Racing Team Gresini) and Francesco Bagnaia (Pramac Racing) to a Q2 place? That, and the fight for pole, looks set to be a cracker in Assen. 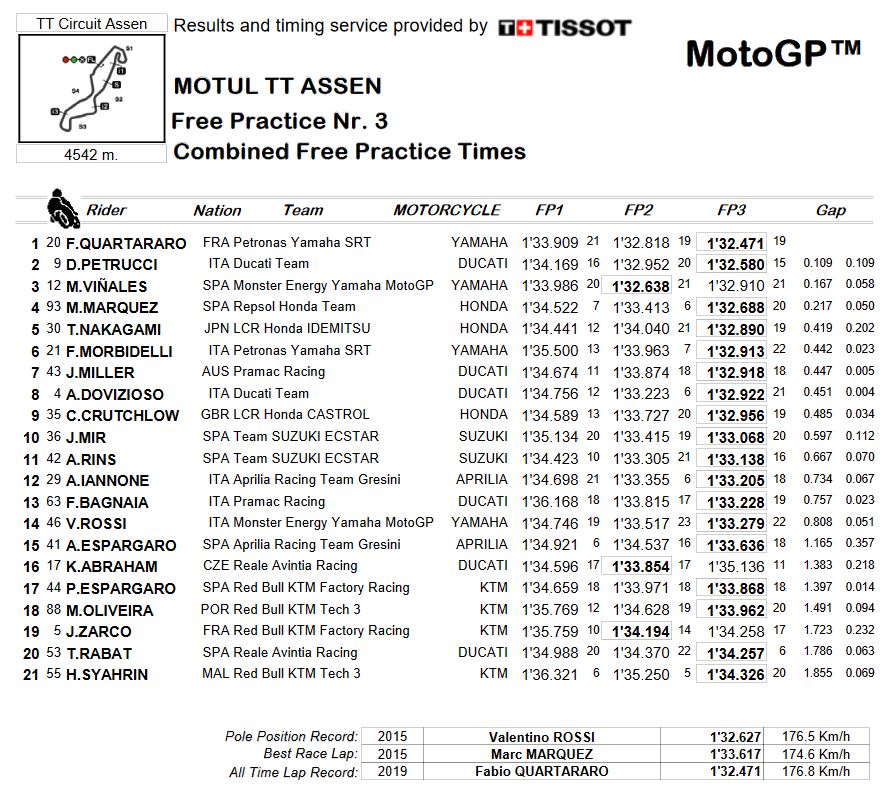 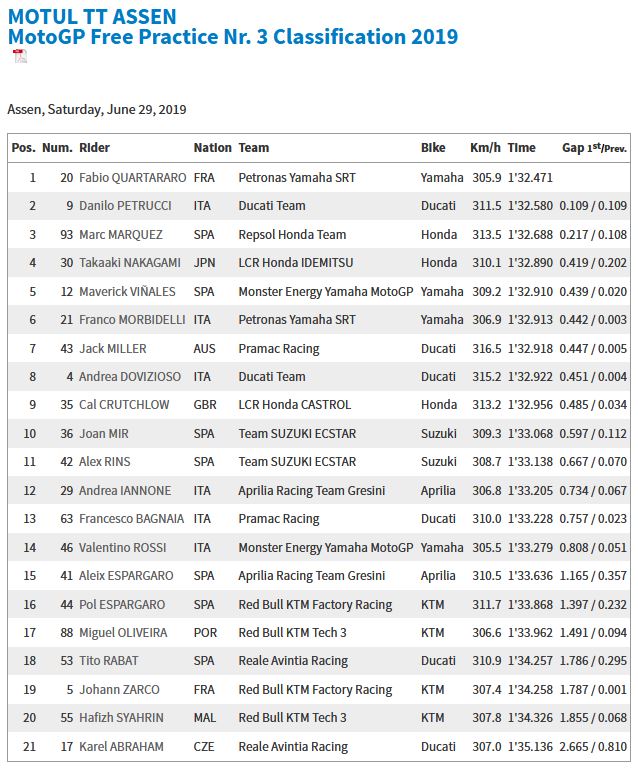