San Marino GP Warmup: Marquez Despite a Flop in the Wet 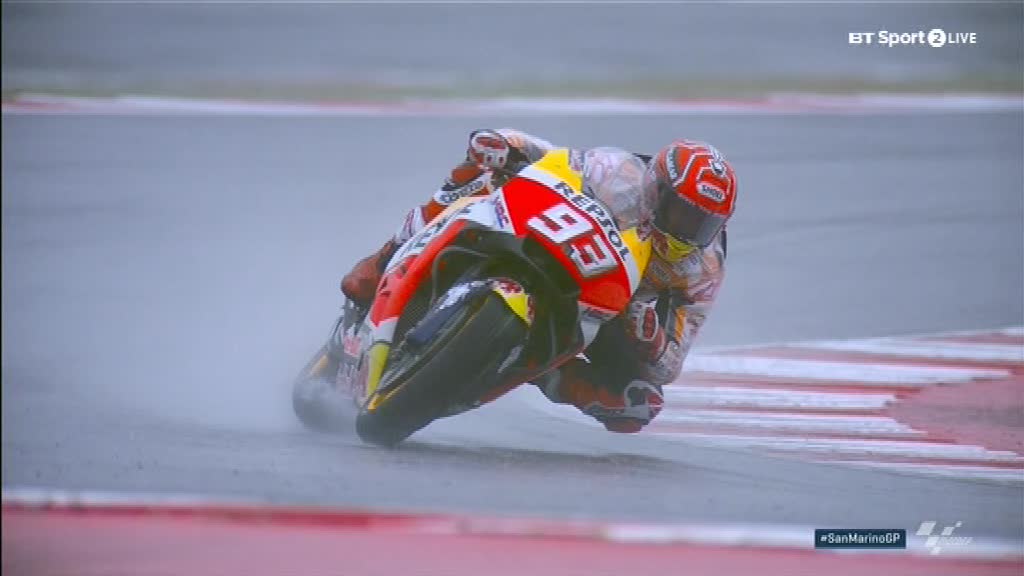 Marquez masters the rain in Warm Up before sliding out

Marc Marquez (Repsol Honda Team) destroyed the field in Warm Up at Misano, almost a second clear by the flag but suffering a low, long slide off in the final minutes of the session - unhurt but losing the chance to try a practice start in the wet or do a flag-to-flag practice as he couldn't restart the bike. Danilo Petrucci (Octo Pramac Racing) was second quickest, ahead of early session leader Loris Baz (Reale Avintia Racing). Jorge Lorenzo (Ducati Team) was fourth, with Cal Crutchlow (LCR Honda) completing the top five.

As well as Marquez, the other high profile crasher was Dani Pedrosa (Repsol Honda Team), who was flicked over the highside but rider thankfully unhurt.