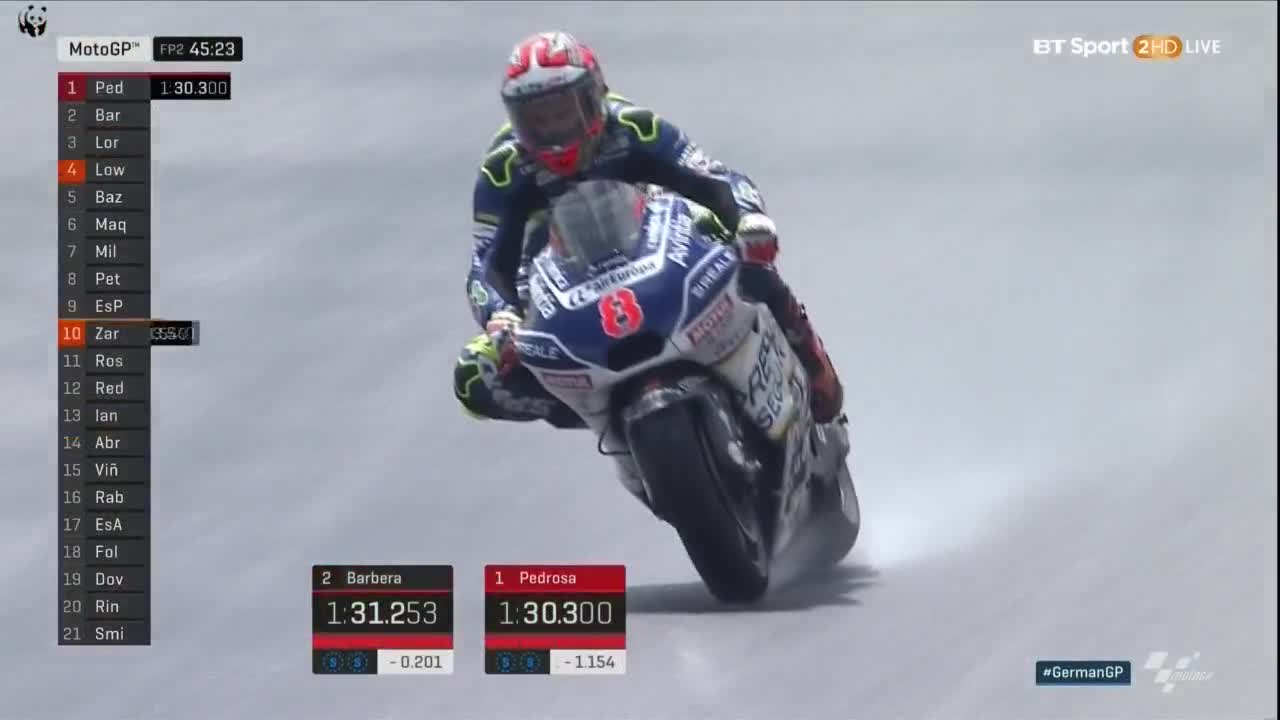 As well as leading the MotoGP™ World Championship for the first time, Andrea Dovizioso (Ducati Team) topped Day 1 at the GoPro Motorrad Grand Prix Deutschland to stake an early claim on the top spot this weekend after going quickest in FP1 before rain fell in the afternoon. The Ducati rider was a frontrunner throughout the first session before moving down the order until a final push saw the rider from Forli back on top. The margin over the second fastest man on track – Maverick Viñales (Movistar Yamaha MotoGP) – was only 0.038 as the two currently at the top of the standings dueled it out, setting the scene for a competitive push for Q2 on Saturday morning. Third fastest was one of the Sachsenring’s most successful riders, Repsol Honda Team’s Dani Pedrosa, who was another tenth back as he shot back up the timesheets after a more difficult Dutch GP.

Johann Zarco (Monster Yamaha Tech 3) was P7 on Day 1 but crashed FP2 in the wet – rider ok – with Jack Miller (EG 0,0 Marc VDS) on solid top ten form in ninth, just ahead of Scott Redding (Octo Pramac Racing) despite a crash in FP1 for the Brit.

After the rain came down just ahead of FP2, no times were improved and it was Hector Barbera who was quickest in the wet. Reigning Champion Marquez, winner for the last seven years he’s competed at the track, shone to go second quickest in the rain, ahead of another solid performance from teammate Dani Pedrosa – the only man to have placed in the top three in both the wet and dry.

It was an interrupted first session for the ‘Doctor’ Valentino Rossi, as the Italian suffered an issue on track and ended the day in P16 as the rain prevented anyone improving lap times.