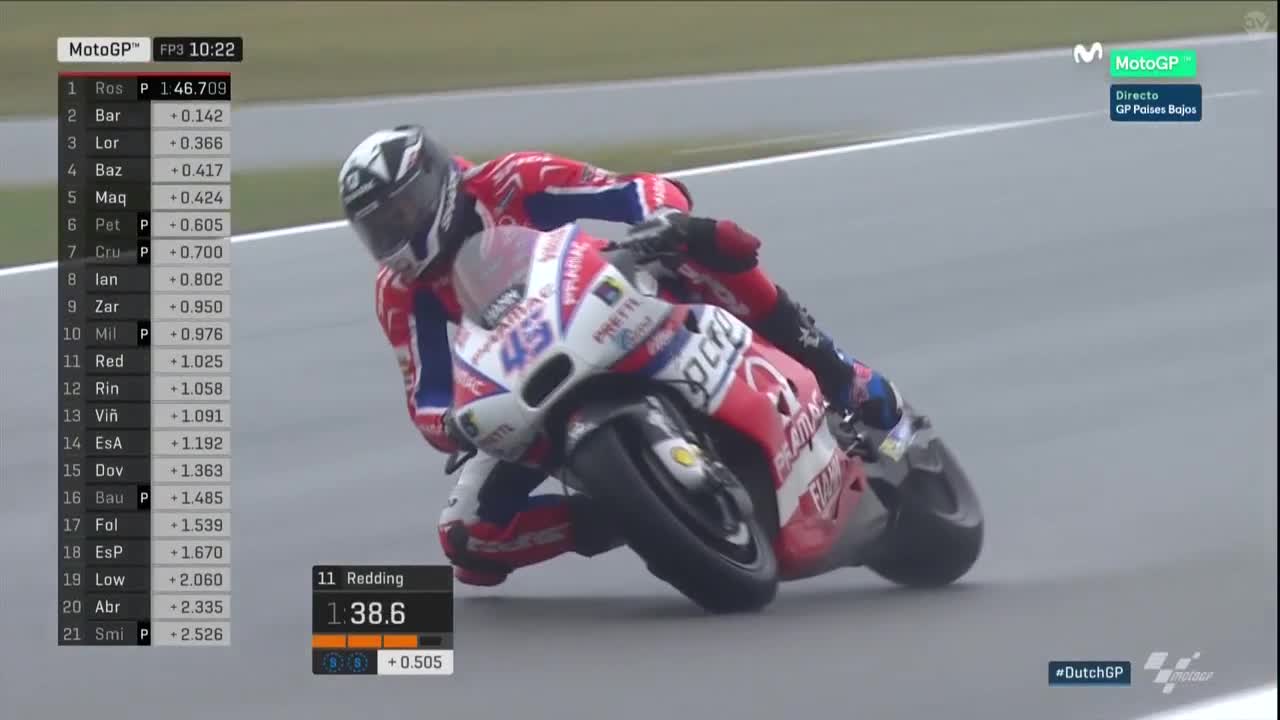 Redding vs Rossi under the rain

Saturday at the TT Circuit Assen dawned wet, with the grid then given little chance to improve on Friday’s dry laptimes – and entry to Q2 therefore already decided. In the rain, it was 2016 Dutch GP podium finisher Scott Redding (Octo Pramac Racing) who took to the top, with nine-time World Champion Valentino Rossi (Movistar Yamaha MotoGP) just unable to depose the Brit as the two dueled it out for supremacy in the latter stages of the session. Reigning Champion Marc Marquez (Repsol Honda Team) was third quickest, just ahead of Championship leader Maverick Viñales (Movistar Yamaha MotoGP) despite his lesser experience of the M1 in the rain.

Johann Zarco (Monster Yamaha Tech 3) showed great pace in the rain to end the session in fifth, with Hector Barbera (Reale Avintia Racing) impressing to complete the top six as he starts to gain some traction in 2017.

Aleix Espargaro (Aprilia Racing Team Gresini) was another late charger and set the exact same first sector time as Marquez to end FP3 in P7, ahead of Jorge Lorenzo (Ducati Team), who was second in the session for some time.

There was one late crasher – Loris Baz (Reale Avintia Racing) – but the Frenchman put in an incredible performance nonetheless. Fastest early on, the Avintia rider ended the session in ninth. Andrea Iannone (Team Suzuki Ecstar) completed the top ten.