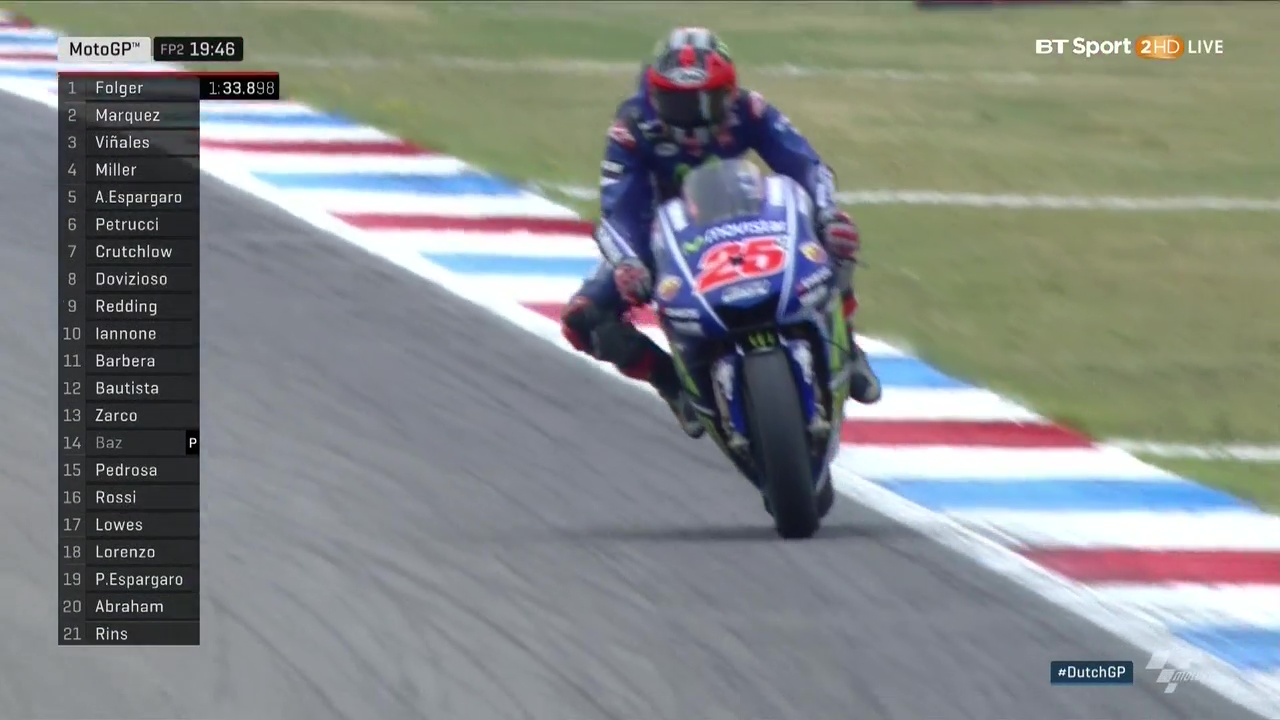 Leader of the pack: Viñales back on top at Assen

Championship leader tops the timesheets at the ‘Cathedral’

Maverick Viñales (Movistar Yamaha MotoGP) struck back after a tough Catalan GP to top Day 1 at the ‘Cathedral’ – the TT Circuit Assen – by over three tenths. The weather threatened in the afternoon after a fully dry FP1, but track conditions remained good enough for the field to improve in FP2.

The rider from Roses was followed by Jonas Folger (Monster Yamaha tech 3) on the combined timesheets as the German rookie impressed once again, with reigning Champion Marc Marquez (Repsol Honda Team) shooting back up the order in FP2 to complete the top three overall on Friday.

The day began with drama in FP1 as Andrea Dovizioso (Ducati Team) suffered a problem that subsequently brought out the Red Flag, with teammate Jorge Lorenzo (Ducati Team) and Folger both crashing out in the incident but both riders ok. Mugello and Barcelona winner ‘DesmoDovi’ nevertheless kept his momentum and form in fine order in fourth by the end of action, ahead of Cal Crutchlow (LCR Honda Team) completing the top five despite a run off in the afternoon.

The most successful rider on the grid at the TT Circuit Assen, Valentino Rossi (Movistar Yamaha MotoGP), was sixth quickest on Day 1, with FP1’s fastest Danilo Petrucci (Octo Pramac Racing) for close company in P7.

With weather more of a question mark for Saturday and qualifying, Friday could prove decisive in the grid for the Motul TT Assen