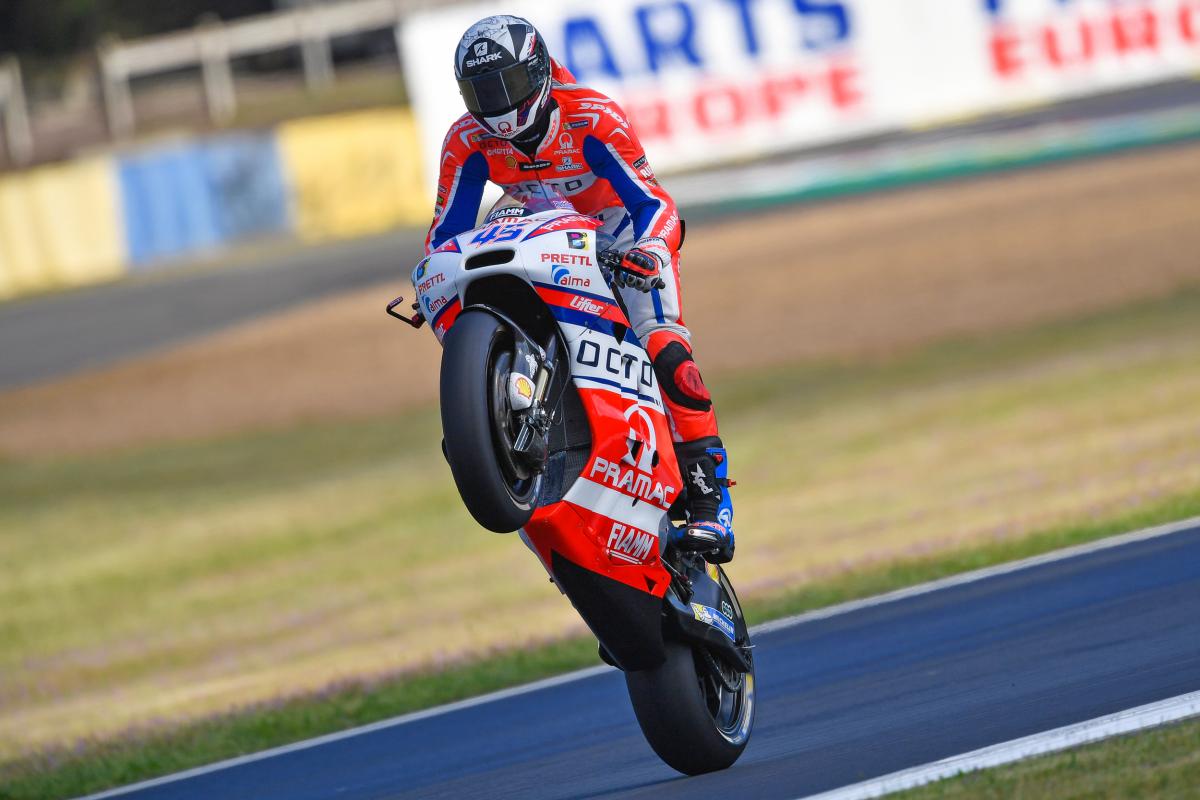 Scott Redding (Octo Pramac Racing) leads the charge to Q2 as mixed conditions see a huge shake up throughout the field.

After a damp start to FP3, it was a rush to Q2 in the final few minutes as the times tumbled and the field pushed hard to gain entry to the second qualifying session, with slicks on in the final few minutes and red sectors lighting up the timing screens. Jack Miller’s (EG 0,0 Marc VDS) Friday best was initially unthreatened, before Redding and Cal Crutchlow (LCR Honda) hit back and the dash to the top ten was on.

After the initial dash, it was Redding and Crutchlow who led the charge to Q2, with Miller slotting into third. Valentino Rossi (Movistar Yamaha MotoGP) moved through safely in P4, just ahead of reigning Champion Marc Marquez (Repsol Honda Team).

Karel Abraham (Pull&Bear Aspar Team) again showed some impressive pace in the drying conditions to take sixth, in front of an incredible headline story for Red Bull KTM Factory racing: Pol Espargaro leads the Austrian factory’s charge in P7 with their first ever direct entry to Q2 – but the good news didn’t stop there, with teammate Bradley Smith making it both ‘bulls’ into Q2 in P10.

There are a huge number of names out and heading through Q1 – with a shaken up grid now a surety for the French GP. From P11 down through the field, the riders heading into Q1 include: Alvaro Bautista (Pull&Bear Aspar Team), Andrea Dovizioso (Ducati Team), Johann Zarco and Jonas Folger (Monster Yamaha Tech 3), Andrea Iannone (Team Suzuki Ecstar), Aleix Espargaro (Aprilia Racing Team Gresini), and the two men who found themselves pushed down to the bottom of the timesheets in FP3: Dani Pedrosa (Repsol Honda Team) and Jorge Lorenzo (Ducati Team).