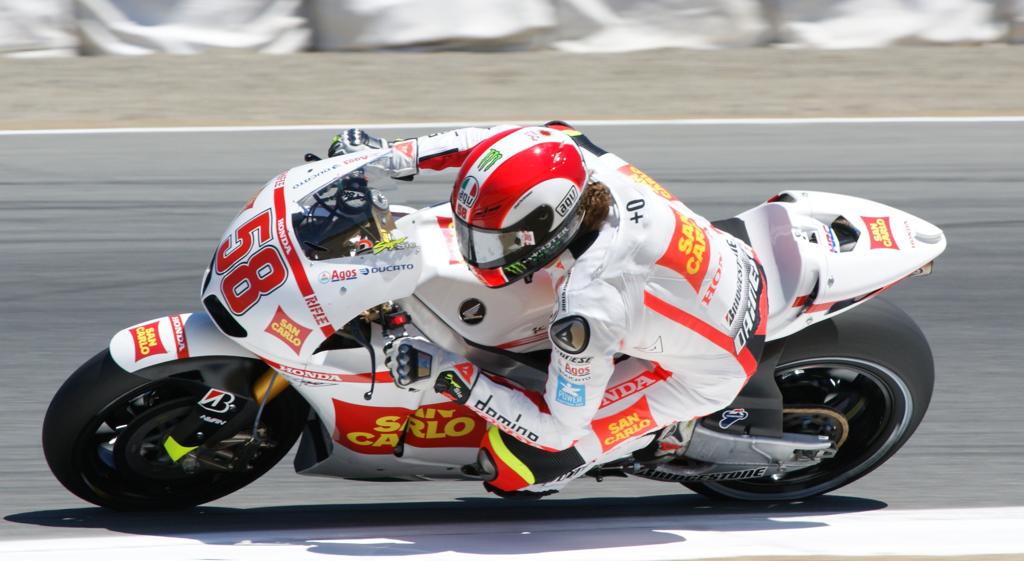 Marco Simoncelli; 20 January 1987 – 23 October 2011) was an Italian professional motorcycle racer. He competed in the Road Racing World Championship for 10 years from 2002 to 2011. He started in the 125cc class before moving up to the 250cc class in 2006. He won the 250cc World Championship with Gilera in 2008. After four years in the intermediate class, he stepped up to the MotoGP class with the Honda Gresini Team. Simoncelli died in an accident during the 2011 Malaysian Grand Prix at Sepang on 23 October 2011 after being run over following his own fall on track. 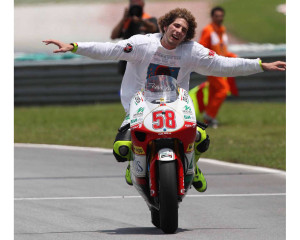 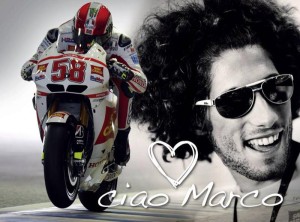 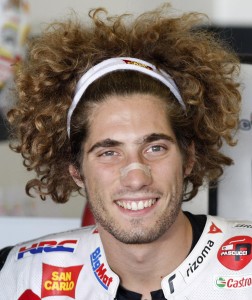