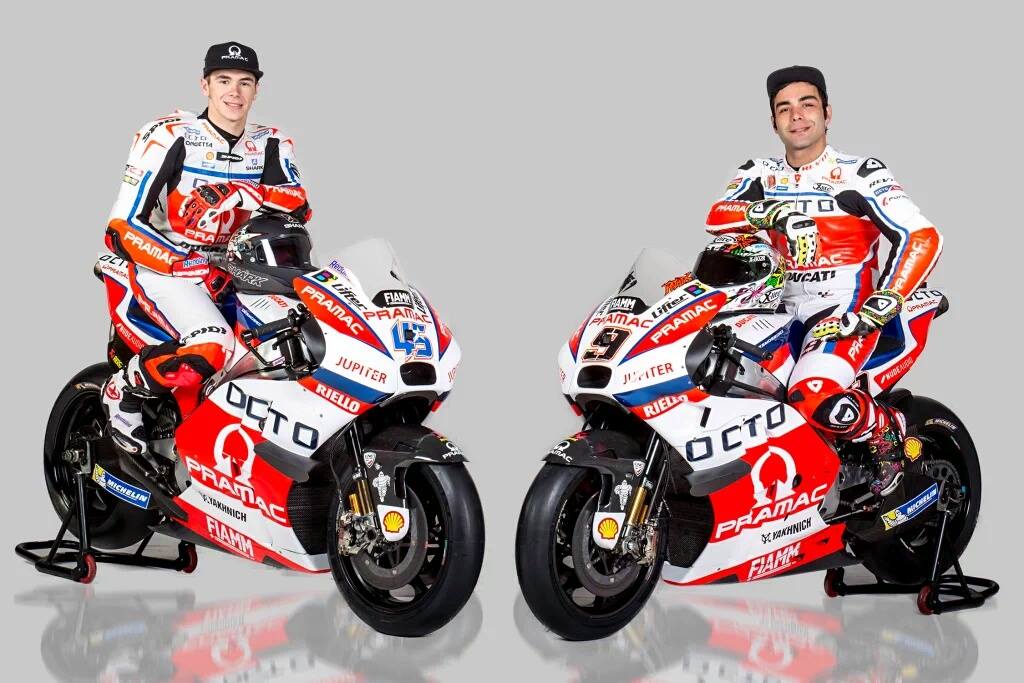 The Pramac Ducati team has officially unveiled the pair of Desmosedici GP15 bikes it will field in this year's MotoGP championship.

The satellite Ducati operation took the covers off the bikes that Danilo Petrucci and Scott Redding will ride in 2016 during a launch event on Wednesday evening at its base near Siena in northern Italy. They will be entered under the 'Octo Pramac Yakhnich' moniker, following a recently concluded partnership with Russian Superbike squad Yakhnich Motorsport. In deference to the new tie-up, the bikes themselves sport blue highlights, while largely retaining Pramac's signature red-and-white livery.

Petrucci and Redding, who replaces Yonny Hernandez in the team's line-up for this season, will ride the same specification of bike that works Ducati riders Andrea Dovizioso and Andrea Iannone used last year. The duo scored eight podium finishes between them in 2015, with Petrucci taking Pramac's best finish of the year with second place in the wet at Silverstone on a Desmosedici GP14.
"Thanks to Danilo, the team reached the podium for the first time since 2008, but our goal is to do even better," said Pramac team manager Francesco Guidotti. "We have to work hard for this. But we are starting with great enthusiasm because a great challenge lies ahead of us. "How much we can improve is difficult to say. Last year we bet on Danilo and we were right. This year we are betting on Scott and relaunching Danilo.

"It will be a season with many new opportunities, but we are ready to face new challenges and we can’t wait to get on the racetrack and battle it out." 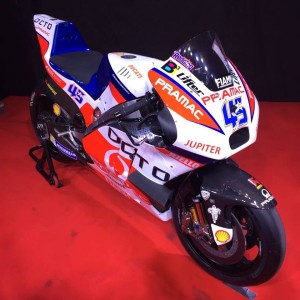