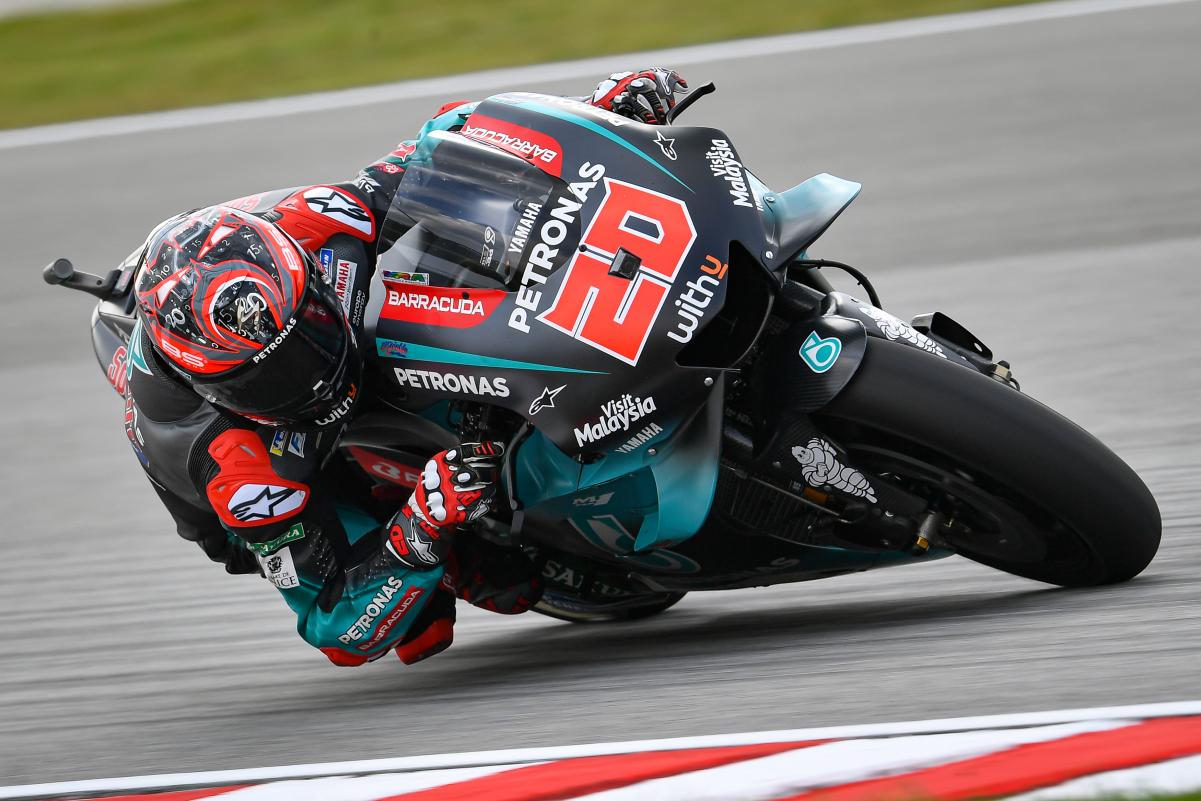 No one was able to stop Fabio Quartararo, the author of the pole position at Sepang. Marc Marquez fell as he tried to take the wheel of the Frenchman.

This is his 5th pole of the year, and perhaps the most beautiful. For the national race of his team, Petronas Sprinta Racing, Fabio Quartararo made the show in Sepang. He had dominated free practice and was hoping to do the same in Q2, but the task was not easy.

First there were the performances of the other Yamaha riders, Franco Morbidelli and Maverick Viñales, who first achieved the best times of the session. Then there was Marc Marquez: unable to be the fastest, he took the wheel of Fabio Quartararo insistently, despite the looks that were thrown at him.

But Marc Marquez could not take advantage of the Frenchman: while he was trying to hold on to his wheel, the Spaniard lost the back and was ejected from his Honda. On the side of the track, he witnessed helplessly the exceptional last lap of Fabio Quartararo, descended in 1'58.303: absolute record of the track.

He will open a first line 100% Yamaha ahead of his teammate Franco Morbidelli and the official driver Maverick Viñales. The first Ducati on the grid will be that of Jack Miller, 4th; the first Honda, that of Cal Crutchlow in the 5th rank. Valentino Rossi (6th) completes this second line.

Alex Rins (7th), who was short of qualifying, was able to break the deadlock while Q1 Danilo Petrucci saved a good 8th place - two rows ahead of his team-mate Andrea Dovizioso. Nice 9th place Johann Zarco, who will start from the third row for his second race with the Honda. Because of his fall, Marc Marquez is only 11th. 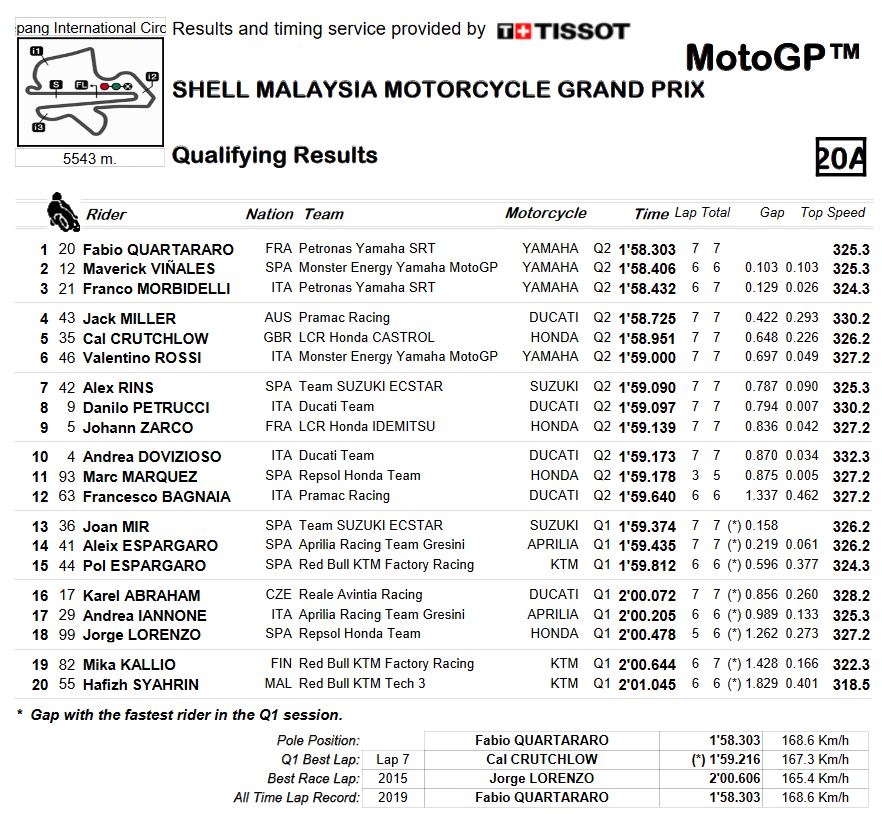