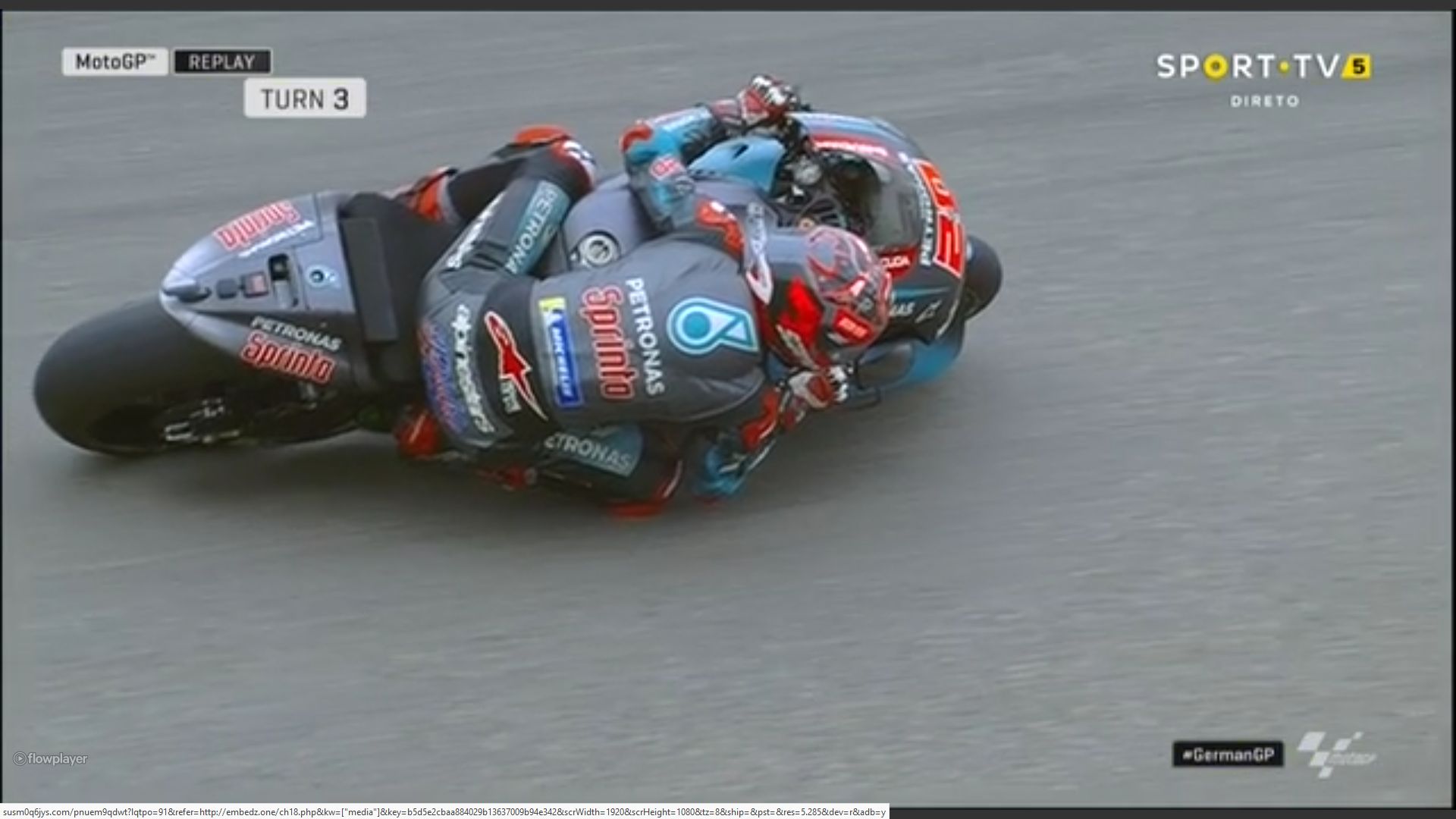 Under uncertain weather, Fabio Quartararo took the First Practice session of the German GP at the Sachsenring Track.

And if it was him, Fabio Quartararo, who came to put an end to Marc Marquez's Germanic domination? Ultra-favorite of the German Grand Prix (read why here), the Spaniard was beaten by the Frenchman during the first free practice session.

The Sachsenring event starts with a surprise! While Marc Marquez (2nd) dominated the entire FP1, he was finally beaten in the final seconds by Fabio Quartararo (1st). The Yamaha rider shot in 1'21.390, better than last year's FP1 (1'21.442). And he is ahead of his Spanish rival of 74 thousandths.

Behind them is the hole: Valentino Rossi (3rd) and Alex Rins (4th) are relegated to more than half a second. The 5th, Maverick Viñales, is almost 9 tenths behind (three of the four Yamaha riders are in the top-5), as is Andrea Dovizioso's first Ducati (6th). The course of the second even passed in 8th place with Andrea Iannone, Aprilia's best driver.

The first KTM, that of Pol Espargaro, points to 11th, five better than his teammate Johann Zarco (15th). While replacing Jorge Lorenzo at Repsol Honda, Stefan Bradl is 17th. 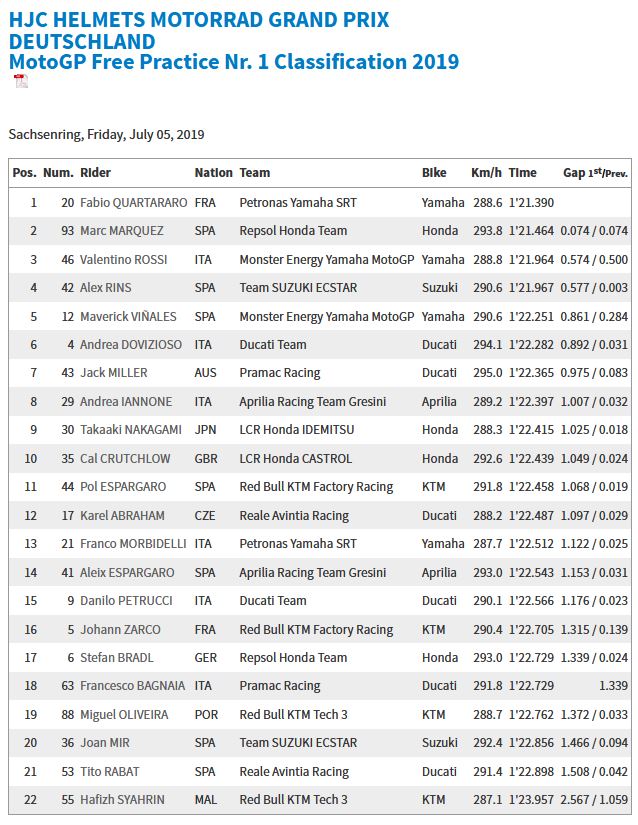