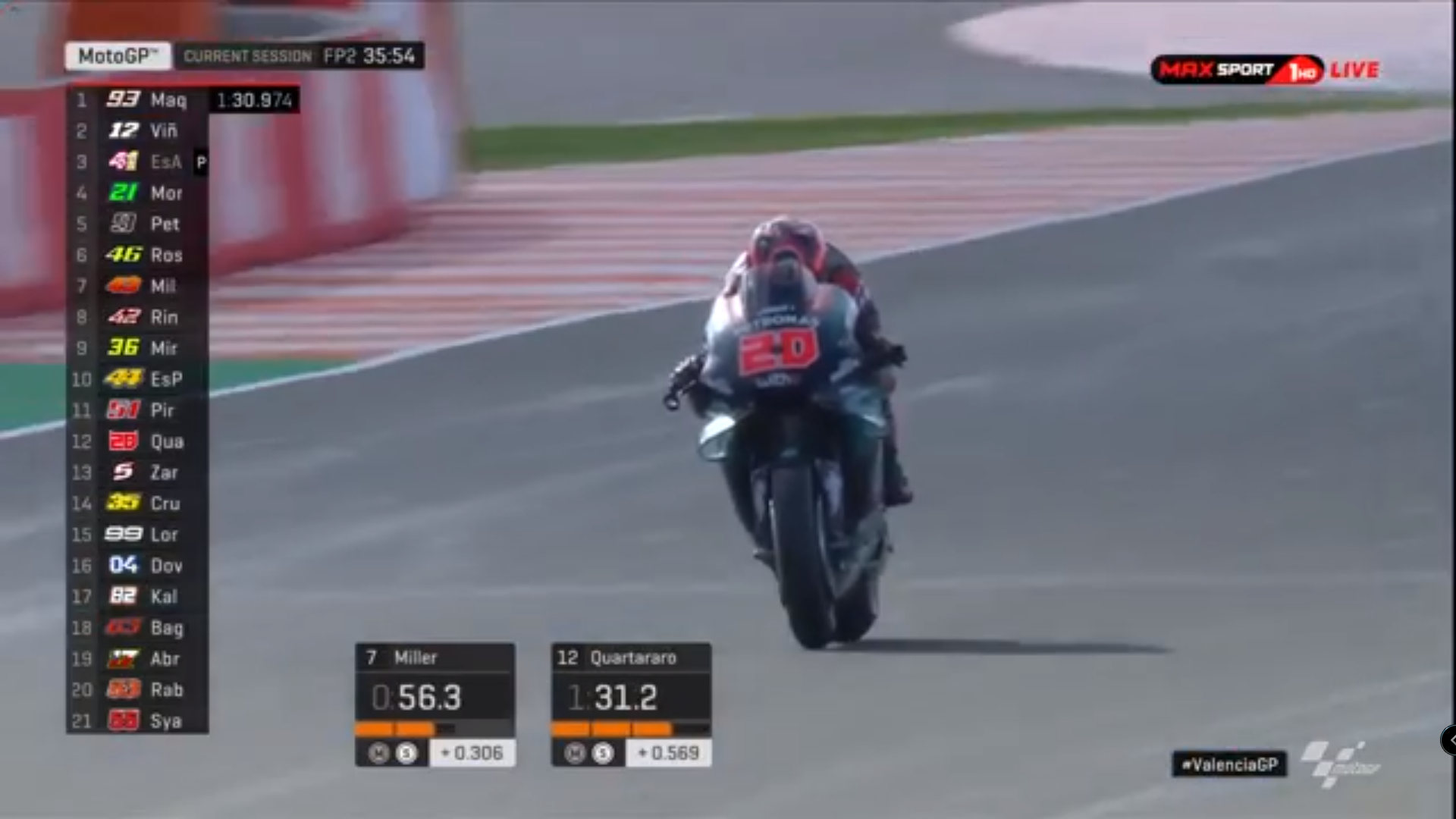 Quartararo doubles up on Day 1 to head Viñales. Two Yamahas sit at the top of the standings after Friday's action in Valencia, big names sit outside the top 10...

Conditions were slightly warmer in the afternoon and this allowed some riders to head out and post their best times of the day early into FP2. One of those was Marquez as he sat on top of the standings in the opening exchanges, but it wasn’t the start to the afternoon that one of his rivals was looking for. After crashing in FP1 at Turn 4, Valentino Rossi (Monster Energy Yamaha MotoGP) was unfortunately in the gravel again in FP2. This time it was the fast right-hand Turn 10 that caught ‘The Doctor’ out, thankfully the nine-time World Champion was ok – the same couldn’t be said for his YZR-M1 though.

Meanwhile, Marquez and Viñales had got the better of Quartararo’s FP1 time fairly early on in FP2 to leapfrog ahead of the Rookie of the Year on the combined times, with Joan Mir (Team Suzuki Ecstar) putting in some impressive laps to claw his way up to P2 overall with around 10 minutes left to play. Then, with the clock ticking, top 10 movements started to happen and the fast times began to be slammed in. Cal Crutchlow (LCR Honda Castrol) moved himself into the top 10, with Jack Miller (Pramac Racing) and Franco Morbidelli (Petronas Yamaha SRT) going P3 and P2 on the combined times respectively. At this stage, FP1 leader Quartararo hadn’t improved – but it was coming.

Viñales then displaced Marquez from P1 with Quartararo slotting into P2 moments later. On the next lap though, the flying Frenchman lit up the timing screens to go P1 by over a tenth. Late times from Andrea Dovizioso (Ducati Team) and Johann Zarco (LCR Honda Idemitsu) saw them grab a top 10 place, Crutchlow the one to lose out in P11.

So at the end of play on Friday in Valencia, it’s two Yamahas leading a Honda, with Miller leading the Ducati charge in P4. Morbidelli makes it three M1s inside the top five, with Alex Rins (Team Suzuki Ecstar) getting the better of teammate Mir by half a tenth in FP2. After finishing P12 in FP1, Aleix Espargaro (Aprilia Racing Team Gresini) had a splendid afternoon ride at the Circuit Ricardo Tormo to claim P8, the Spaniard sitting just ahead of Dovizioso and Zarco in the provisional automatic Q2 slots.

Two crashes on Friday ultimately saw Rossi have to settle for P14, having finished FP1 in P8. A dry FP3 will give the riders who are outside the top 10 a chance to force their way in 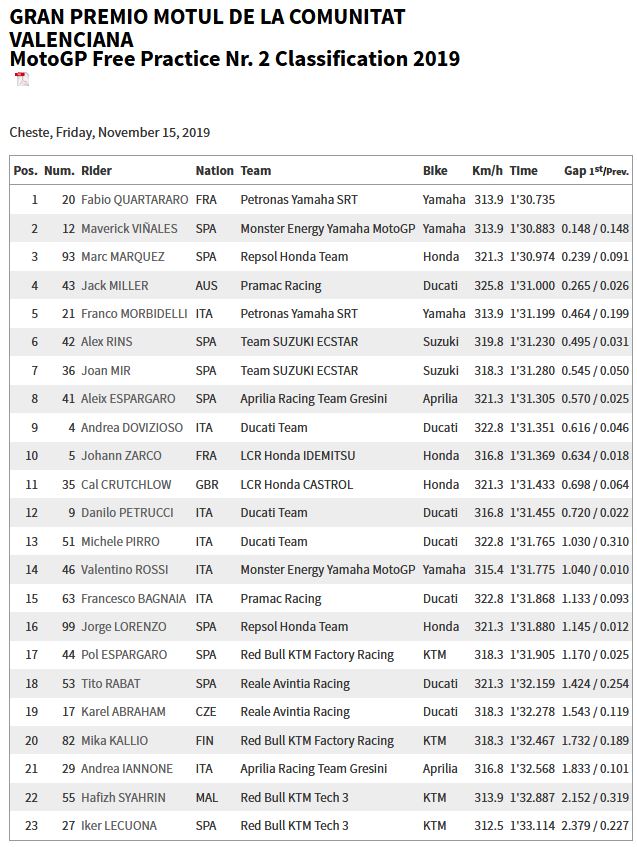