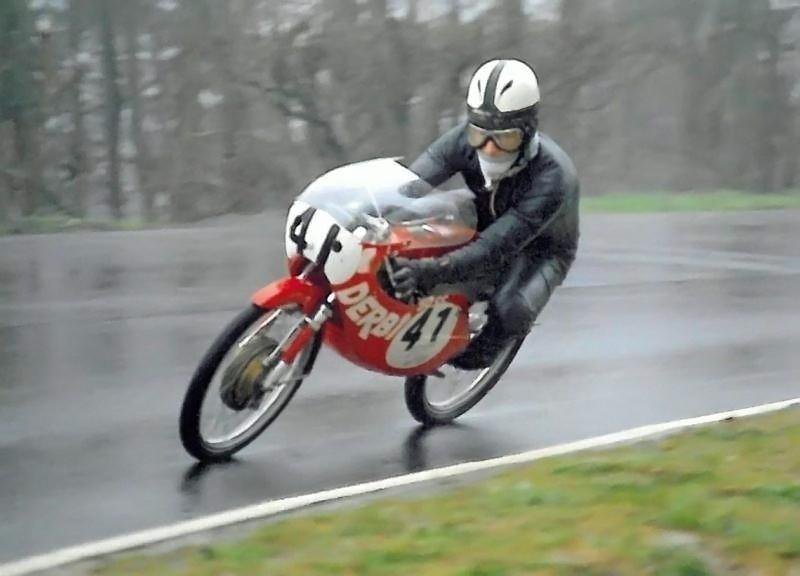 Spanish motorcycling giant Angel Nieto has passed away at hospital in Ibiza, sadly succumbing to injuries sustained in a quad bike accident on July 26th. The 13-time World Champion – whose superstition always referred to his titles as 12+1 – was a MotoGP™ Legend and a key figure in establishing Spain as a world-beating force in Grand Prix motorcycle racing. He was 70 years old.

After remaining in intensive care for a week following the accident, the rider from Zamora’s condition then sadly deteriorated before he passed away on August 3rd.

Ángel Nieto Roldán (born 25 January 1947 dec 3 August 2017) is a multiple Grand Prix motorcycle roadracing world champion. He is one of the most successful motorcycle racers of all time, with 13 World Championships to his name, by means of several 50cc, 80cc and 125cc titles. He also competed on five occasions in 250cc races, of which he had finished in 5th place.

Spanish motorcycling legend Angel Nieto sadly passed away on August 3rd, succumbing to injuries sustained in a quad bike accident in Ibiza some days before. A true giant of the sport in Spain and on the world stage, the Champion from Zamora will be deeply missed.

Nieto was a 13-time World Champion, but due to superstition would always refer to the number as 12 + 1. Born in Castile and Leon in 1947, the Spaniard would emerge as the leading force in establishing his nation as a motorcycling world power, winning an incredible 90 Grands Prix and taking 139 podiums on his way to his 12 + 1 world titles. Over almost two decades, Nieto set his name in stone as a true great, competing in and often dominating the 50cc, 80cc and 125cc events and Championships he entered.

This dominance and brilliance over 19 years at the top established him as one of the all-time elite – alongside the likes of Giacomo Agostini, Valentino Rossi, Mike Hailwood and Phil Read in the annals of two-wheeled history.

Six 50cc World Championships and seven on 125cc machinery also make Nieto the rider to have won the most titles with different manufacturers, as the Spaniard rode for and won on Derbi, Bultaco, Garelli, Minarelli and Kreidler machinery. He also took domestic titles in every conceivable class from 50cc up to 750cc in his native Spain, setting his legend in stone at home as well as on the world stage.

His cavalier charisma and character were a great reflection of the late 1960s and ‘70s, with his personality more than matching his achievements on track. Later Nieto was also a team manager, at the helm when Emilio Alzamora won the 125 World Championship in 1999, and became the head of a motorcycling dynasty as family members followed his path into the world of two wheels. The Nieto name remains synonymous with Spanish motorcycling and the 12 + 1 World Champion will be deeply missed; forever remaining an inspiration to his nation and to the entire MotoGP™ paddock.