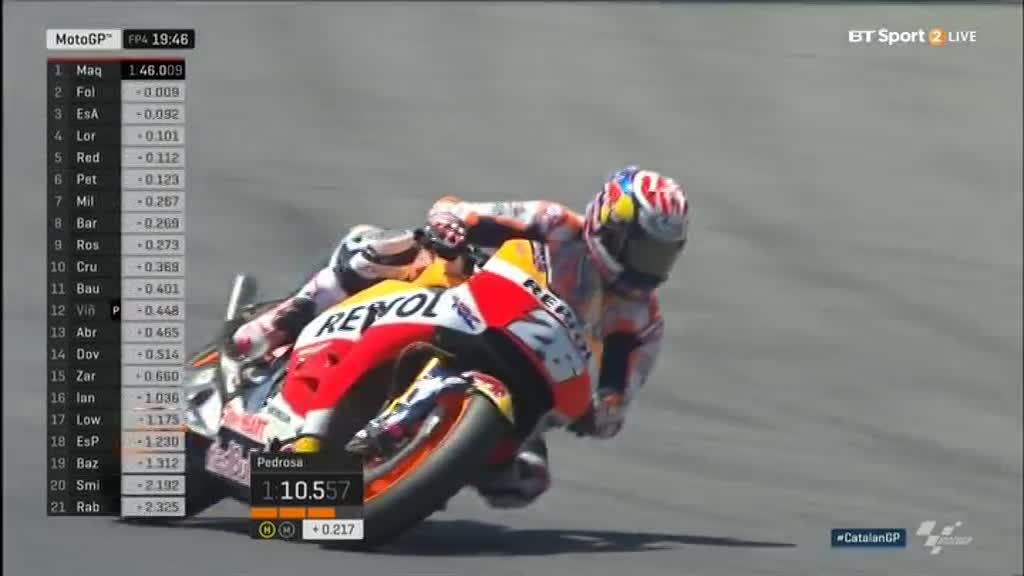 Pedrosa the pacesetter in FP4

Alvaro Bautista (Pull&Bear Aspar Team) hit the deck at the final corner, too, and there was a crash for Red Bull KTM Factory Racing rider Bradley Smith, who now heads to Barcelona for surgery on his hand.