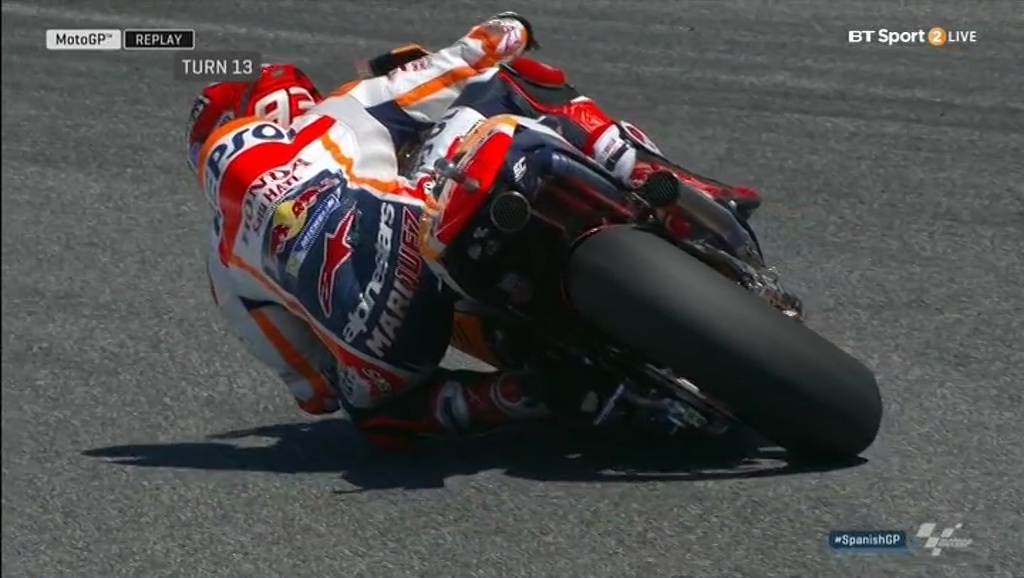 Iannone and Aleix Espargaro make it through Q1. Italian and Spaniard make it through to fight for the top twelve on the grid.
Andrea Iannone (Team Suzuki Ecstar) bounced back in Q1 in Jerez, topping the session from Aprilia Racing Team Gresini rider Aleix Espargaro as the two men moved through.
One big name to miss out was Andrea Dovizioso (Ducati Team), who will start P14.

Dani Pedrosa (Repsol Honda Team) took an incredible pole position in qualifying for the Gran Premio Red Bull de España, taking to the top in a last dash and teammate Marc Marquez unable to depose him on his last lap. Pedrosa was fastest on Friday and on Saturday in FP3, on the charge at his first home race of the year. Behind Marquez is Cal Crutchlow (LCR Honda) completing the front row in a Honda 1-2-3.

Fourteen world titles start the Spanish GP from the third row, with Championship leader Valentino Rossi (Movistar Yamaha MotoGP) in seventh just ahead of Ducati Team’s Jorge Lorenzo only 0.002 back, as the 'Spartan' had a good day's work on Saturday, back up the timesheets in his home race. Jonas Folger (Monster Yamaha Tech 3) is ninth in another solid result for the German rookie.

Jack Miller (Estrella Galicia 0,0 Marc VDS) backed up his Friday pace with direct entry to Q2 and a top ten start despite a crash, with Scott Redding (Octo Pramac Racing) in eleventh and Aleix Espargaro (Aprilia Racing Team Gresini) in P12 after graduating from Q1. The rider from Granollers was another crasher in the Q2 session.