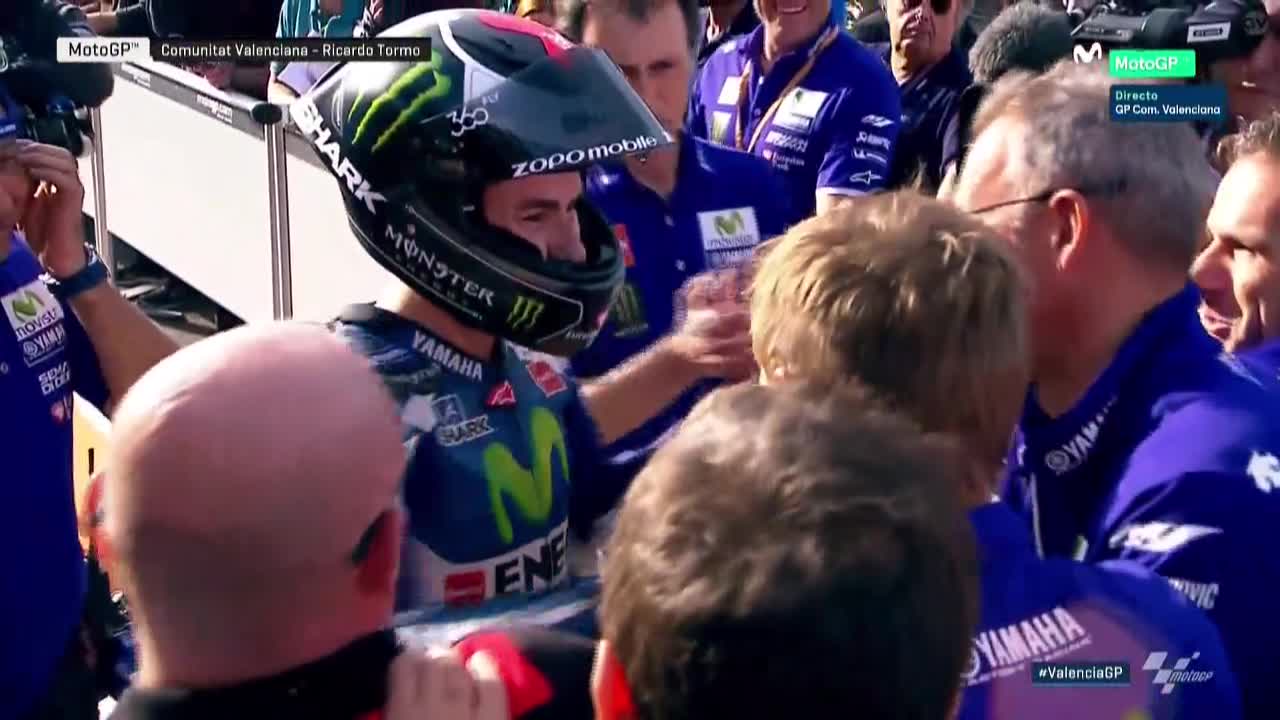 The final stand: Lorenzo demolishes the record in Valencia. ‘Spartan’ starts from pole in his last race for Yamaha; uncatchable and ominous ahead of race day

Six tenths have been taken off the record Best Lap at the Circuit de la Comunitat Valencia, as Jorge Lorenzo (Movistar Yamaha MotoGP) decimated his previous laptime from 2015 as he decimated the majority of the field. Only Marc Marquez (Repsol Honda Team) was left with a gasp at knocking his great rival off pole, but the number 93 eventually crossed the line 3 tenths back – the only other rider to get into the 1:29s, and the only other rider to get within the previous record.

Valentino Rossi (Movistar Yamaha MotoGP) got over some of his Friday afternoon woes in Q2 to complete the front row – but seven tenths off the pace of teammate Lorenzo on pole.

Andrea Iannone (Ducati Team) qualified in P7 as he continues to recover from cracked vertebrae sustained in Misano, with Dani Pedrosa (Repsol Honda Team) impressing on his return to competition despite his ongoing recovery following a collarbone break in Motegi. The ‘Baby Samurai’ went straight through to Q2 and then qualified in P8 for the season finale of 2016.

Aleix Espargaro (Team Suzuki Ecstar) qualified in ninth after a crash in the session, with Bradley Smith (Monster Yamaha Tech 3) completing the top ten after also moving straight through to Q2.

After leading the charge from Q1, a crash for Cal Crutchlow (LCR Honda) saw the Brit rushing back to the pits for his second bike, then completing the session in P11. Octo Pramac Yakhnich rider Danilo Petrucci completes the Q2 timings in P12, after coming through Q1 alongside Crutchlow.

Sunday dawns with the end of an era, and a history-making year, as Lorenzo faces his final race in Yamaha colours – from another record-breaking pole. 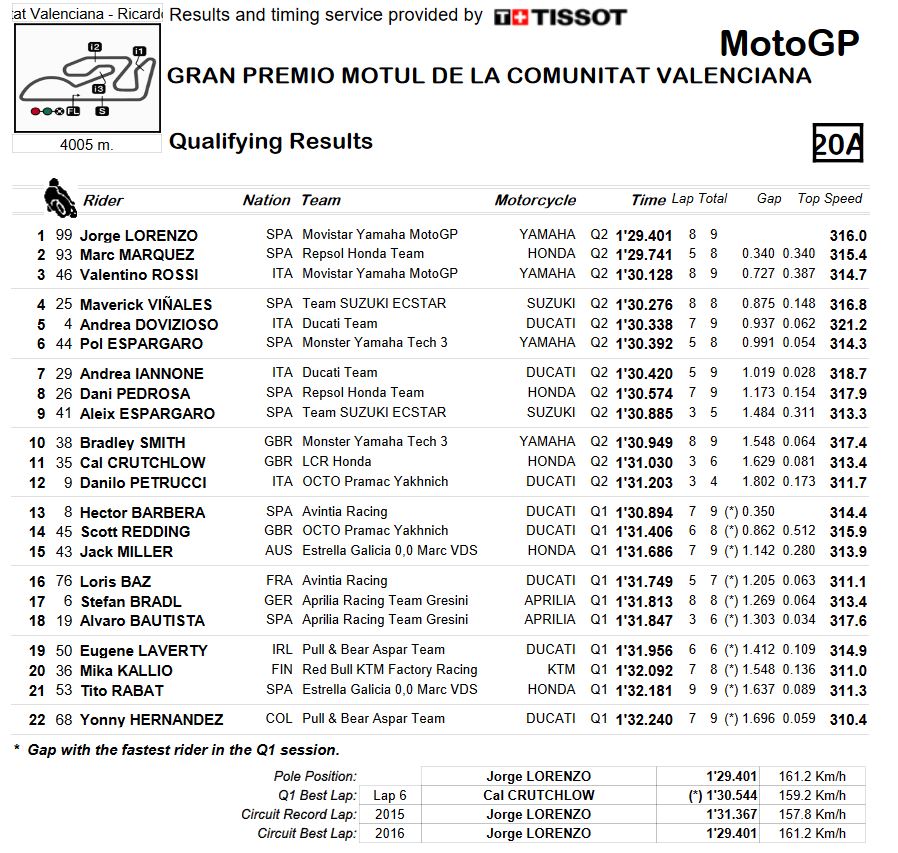