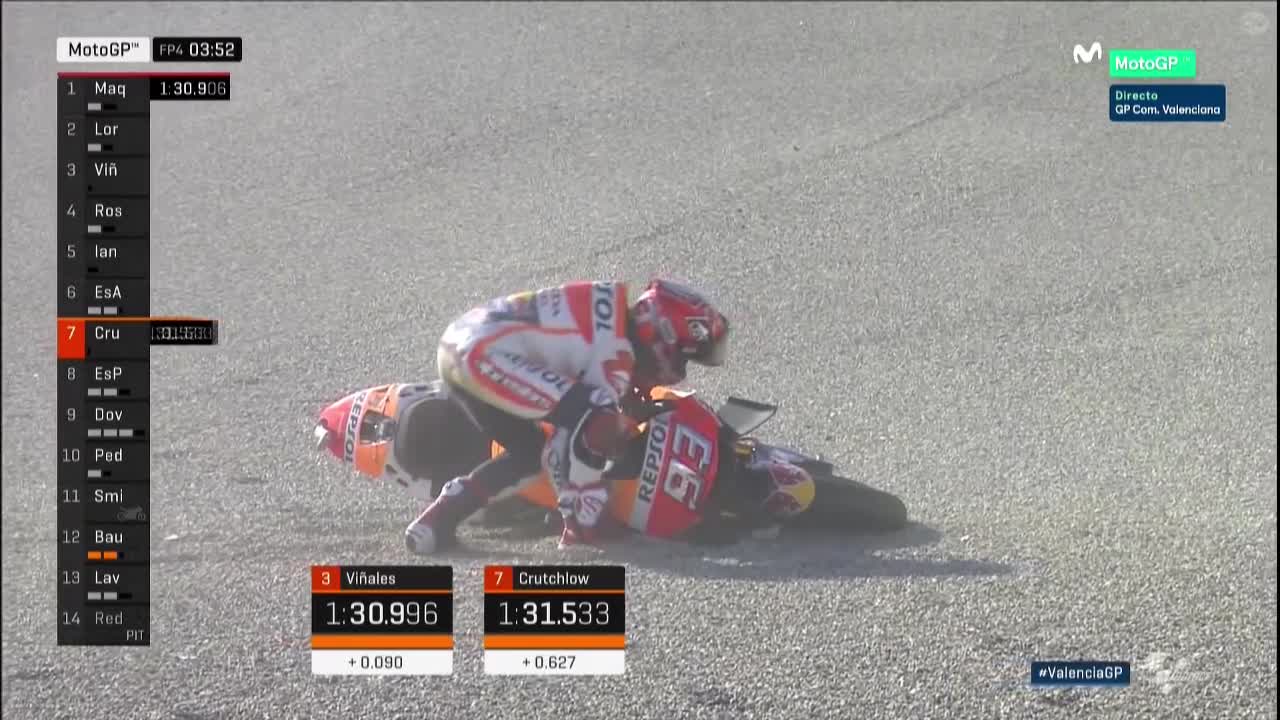 ...for Now. It is an angry Marquez that we have seen after his fall at the end of FP4. Does it mean he feel he does not have the power to contain Jorge Lorenzo?

Marc Marquez (Repsol Honda Team) went quickest in FP4 at the Gran Premio Motul de la Comunitat Valenciana, despite a crash near the end of the session; rider ok. The reigning Champion also topped FP3 and the combined timesheets ahead of qualifying. 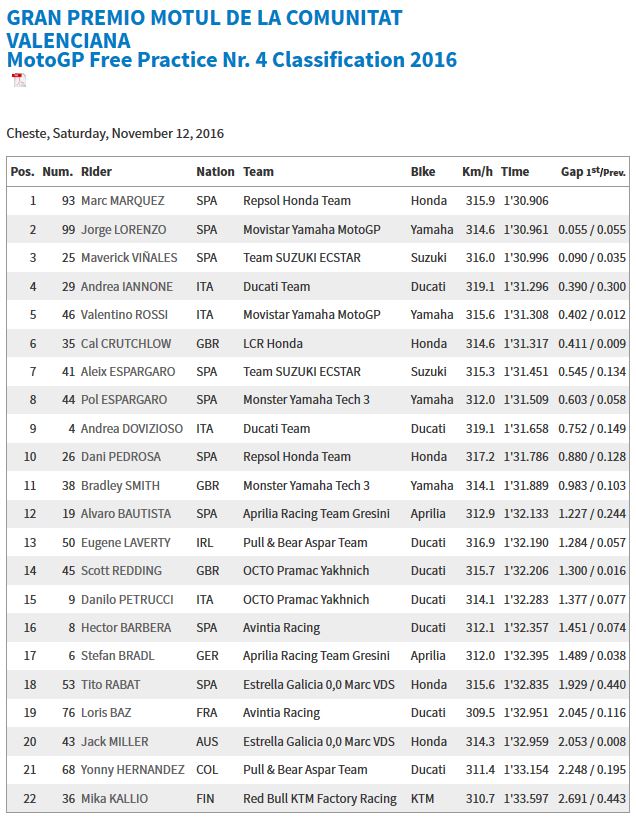