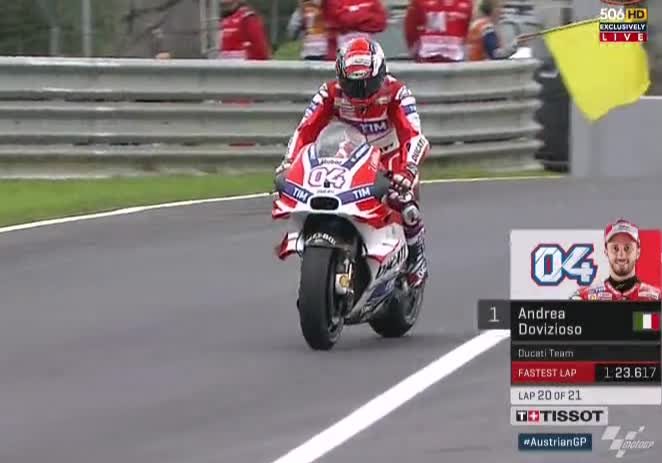 After a morning session that saw Team Suzuki Ecstar rider Maverick Viñales take the top spot from the Ducati Team pairing, Ducati Team riders Andrea Dovizioso and Andrea Iannone hit back in the afternoon to lead the pack into Saturday as MotoGP™ rolls into the Red Bull Ring for the first time in nearly two decades. After Ducati machinery dominated the recent private test at the venue, initial prophecies seem correct as the Desmosedici took the top honours with a last dash in the final minutes of FP2, leaving Maverick Viñales’ Suzuki eight tenths back in P3.

Valentino Rossi (Movistar Yamaha MotoGP) was fourth quickest as the veteran Italian worked on refining his set up further to the earlier private test, with Sachsenring podium sitter Cal Crutchlow (LCR Honda) closing out the top 5.

Reigning Champion Jorge Lorenzo (Movistar Yamaha MotoGP) ended the first day in Austria in P8 as he built on work done in the test to try and move up the timesheets, with Championship leader Marc Marquez (Repsol Honda Team) closing out the top ten in P10 – but neither Spaniard put in fresh rubber at the end of the day to join the last minute time attack. Marquez’ teammate Dani Pedrosa suffered a difficult Friday after a crash with no consequence in the morning session – but had no warning ahead of the incident either and will be looking to recover some confidence in FP3 ahead of qualifying later on Saturday. 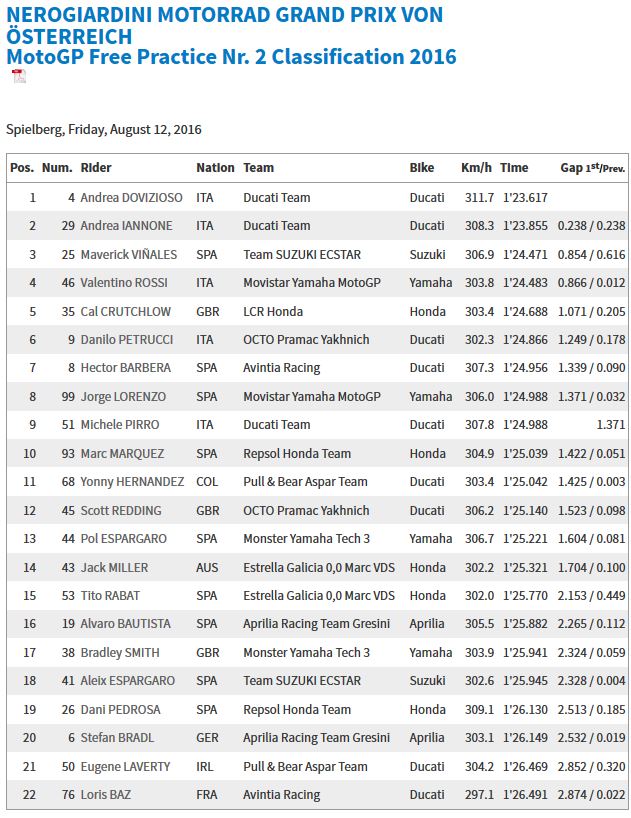 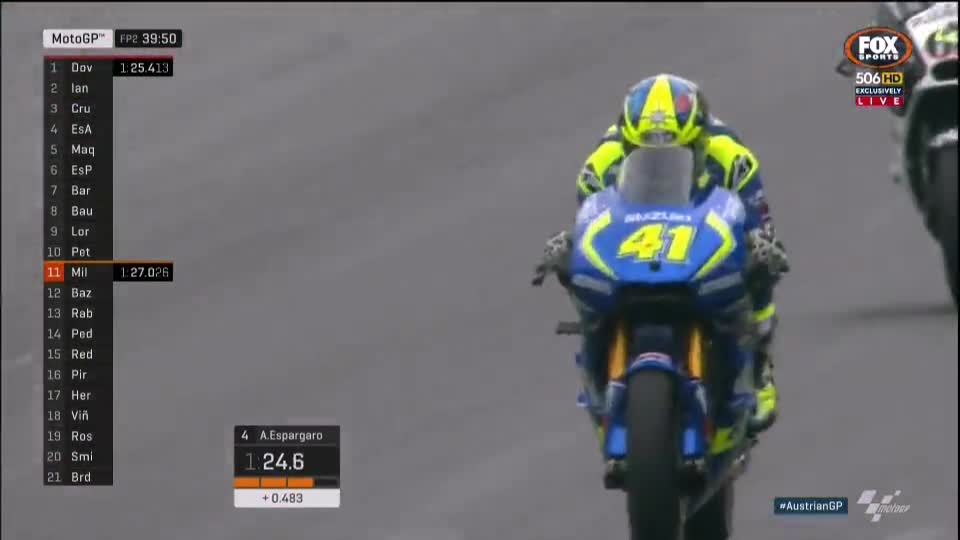 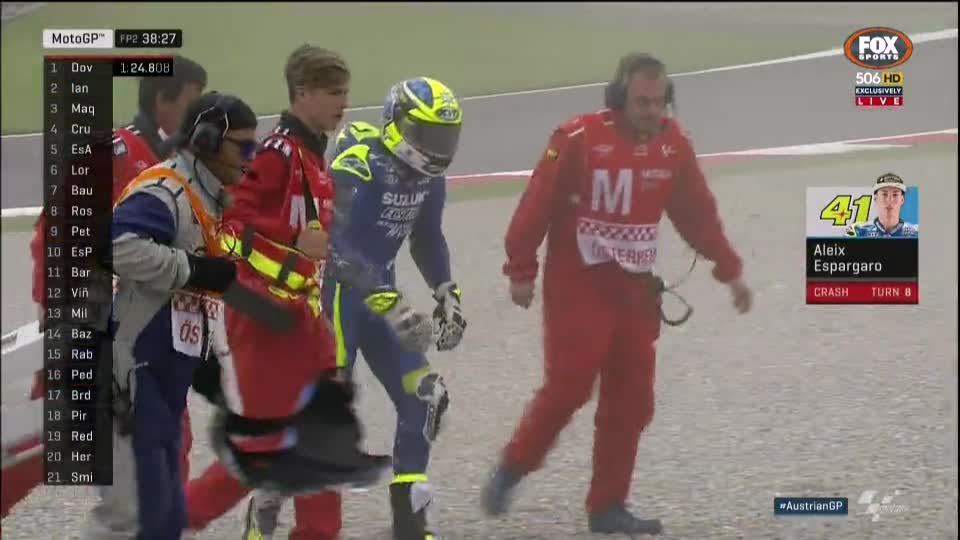 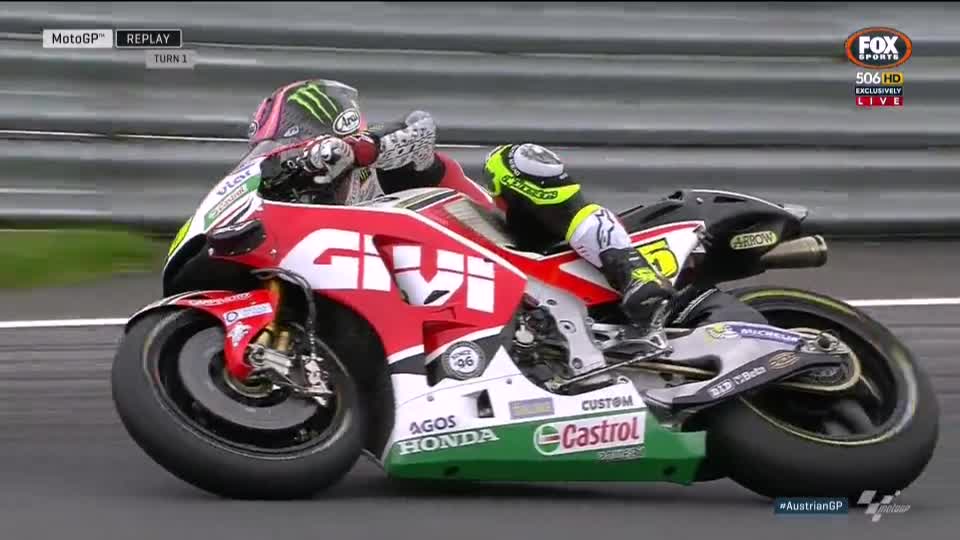 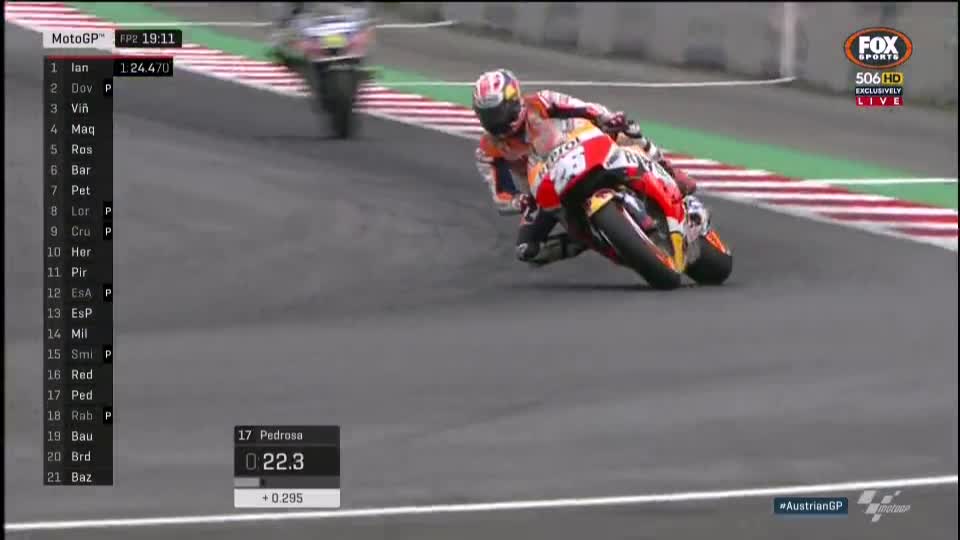 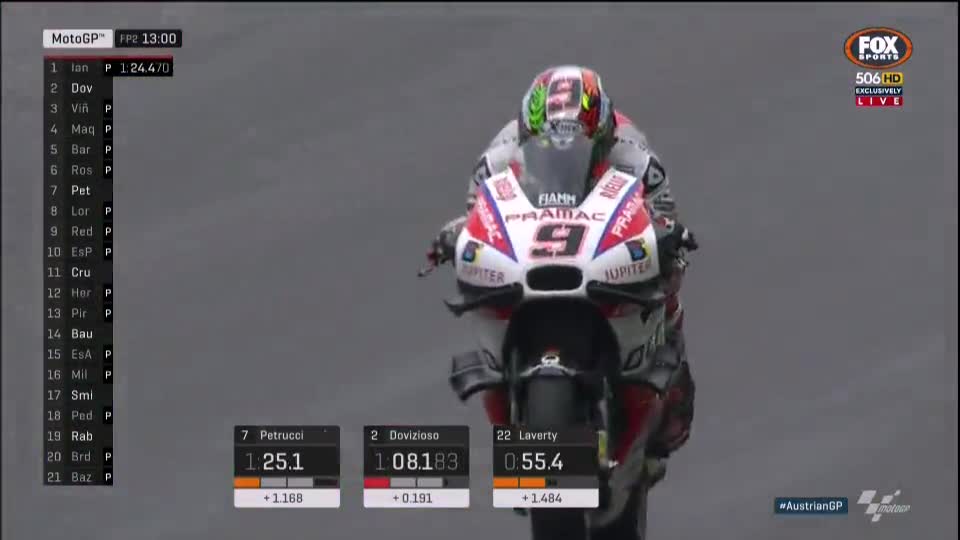 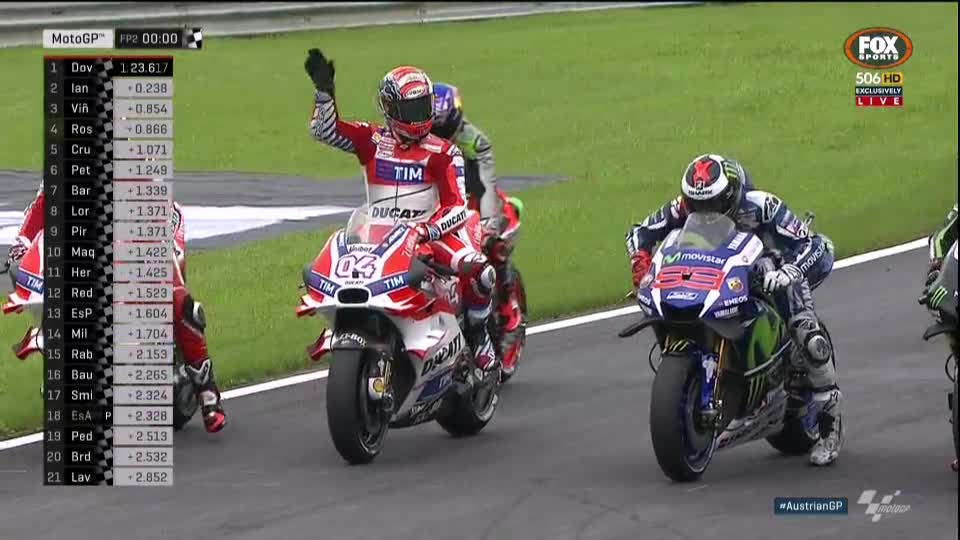 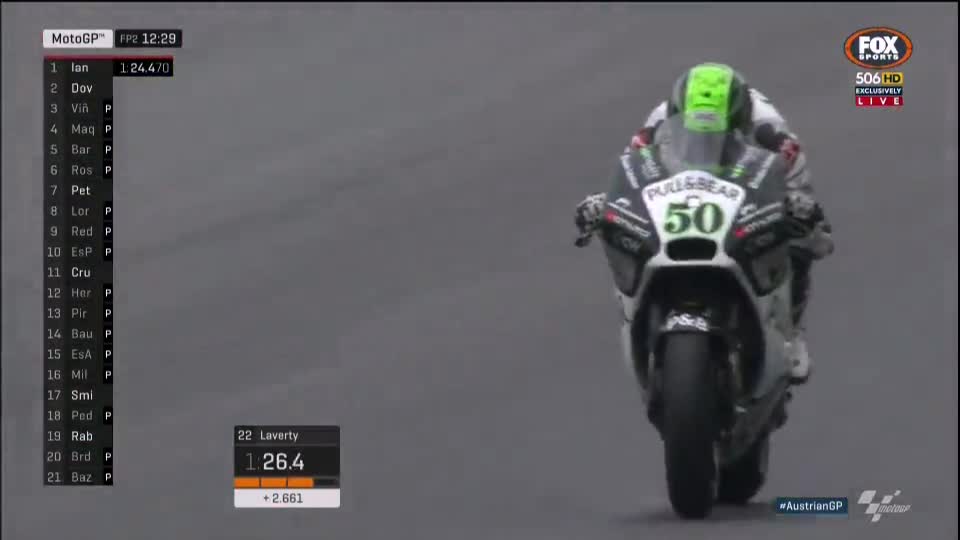 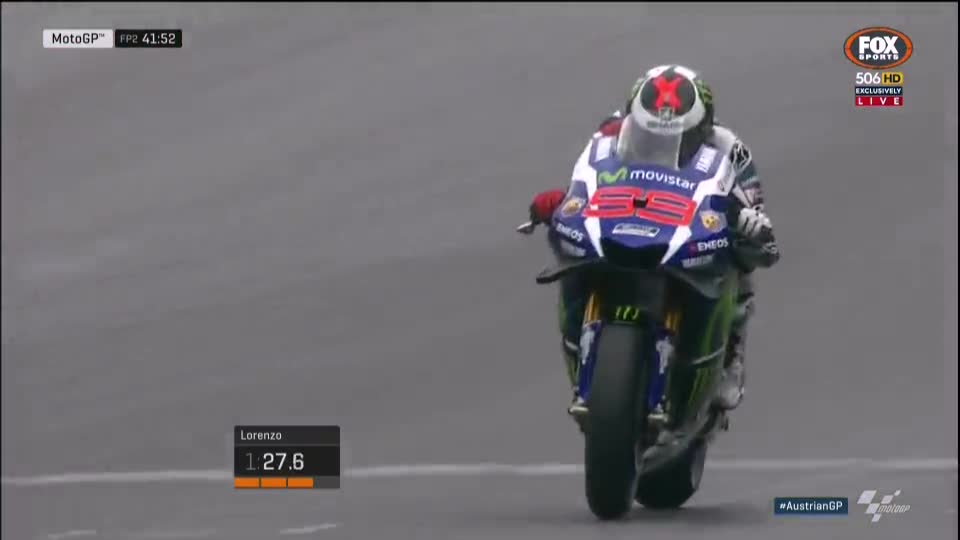 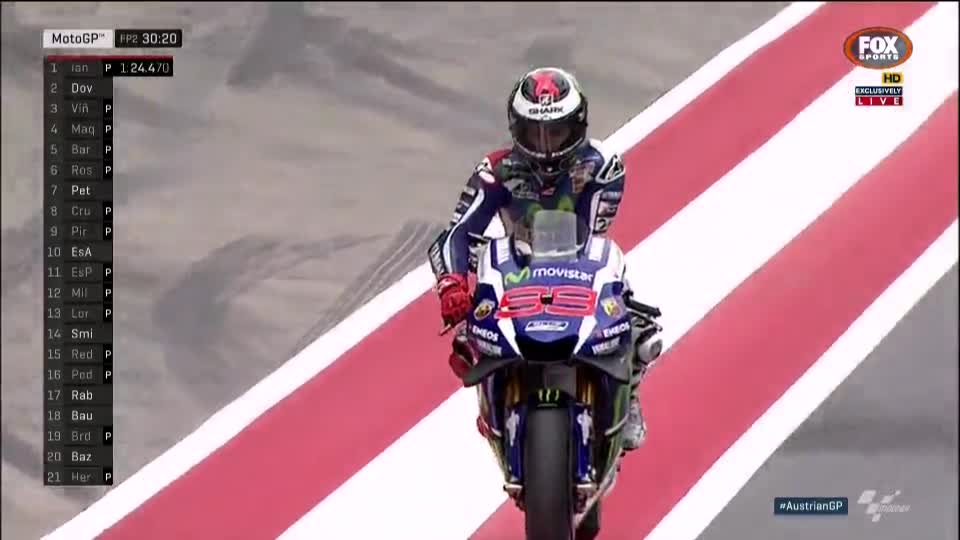 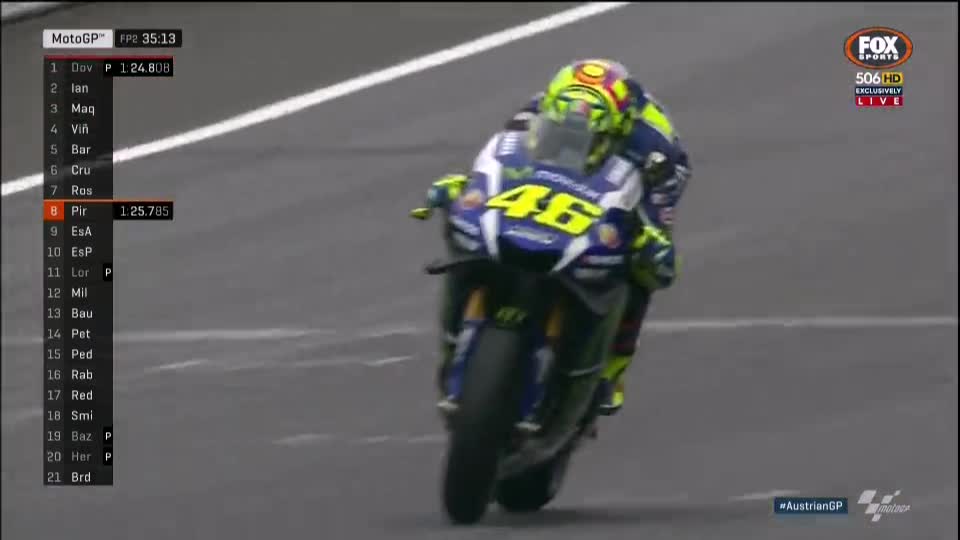 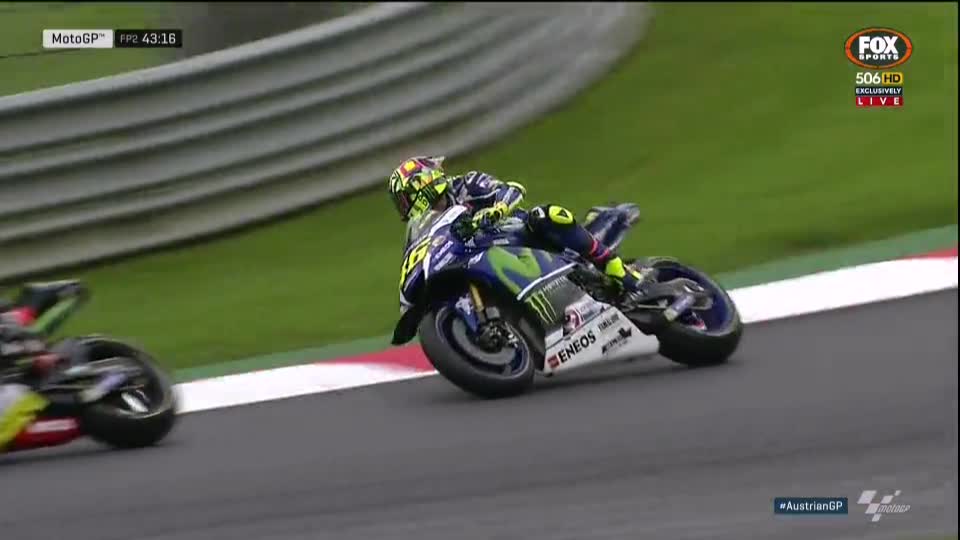 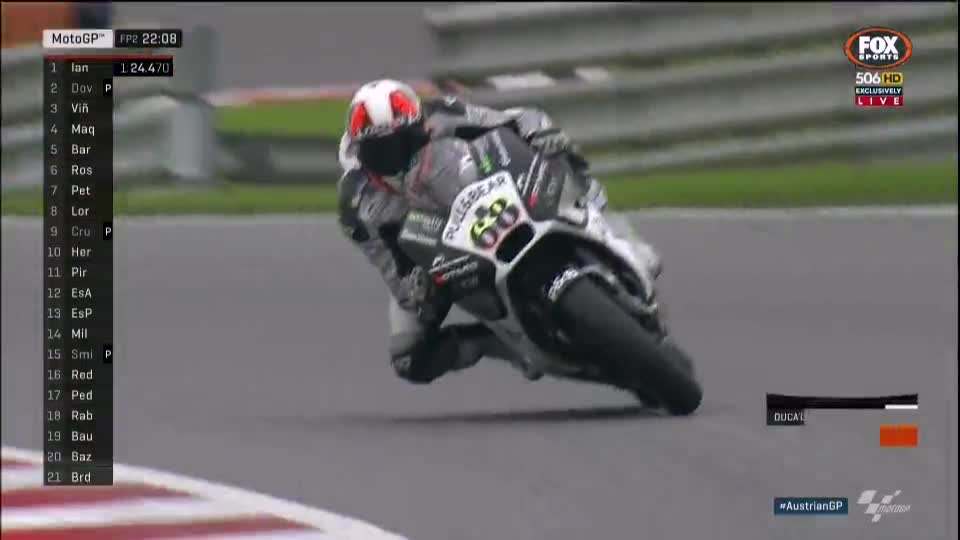