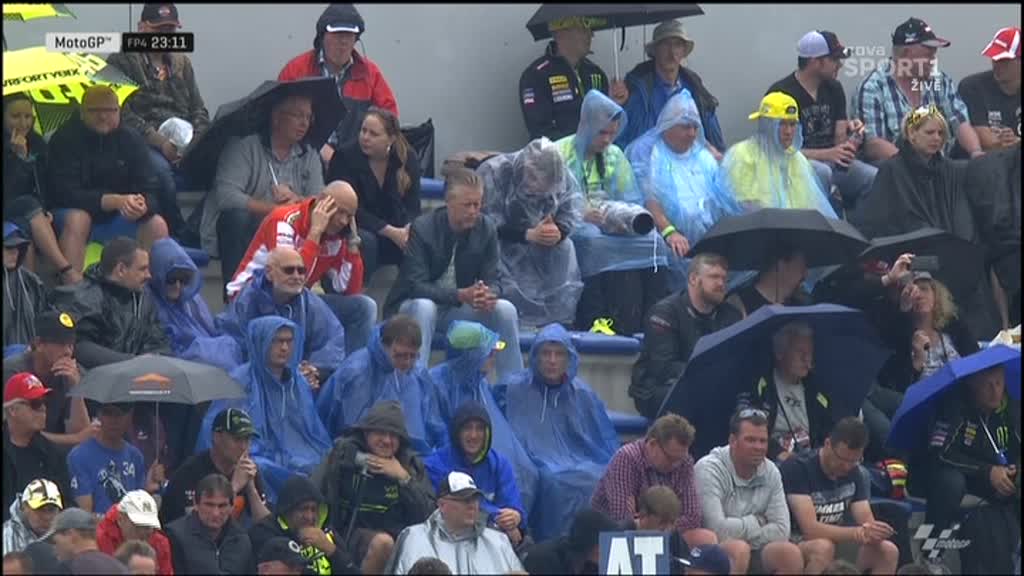 A slow start to Free Practice 4 had riders cautious until the end, Marc Marquez staying upright and controlling the session.

Mechanics scrambled at the start of Free Practice 4 to adjust the bikes for the mixed conditions, some fitting wets and some fitting intermediates. Alvaro Bautista (Aprilia Racing Team Gresini) was the first to leave the pits, but just to scrub in a set of wet tyres with an out lap. 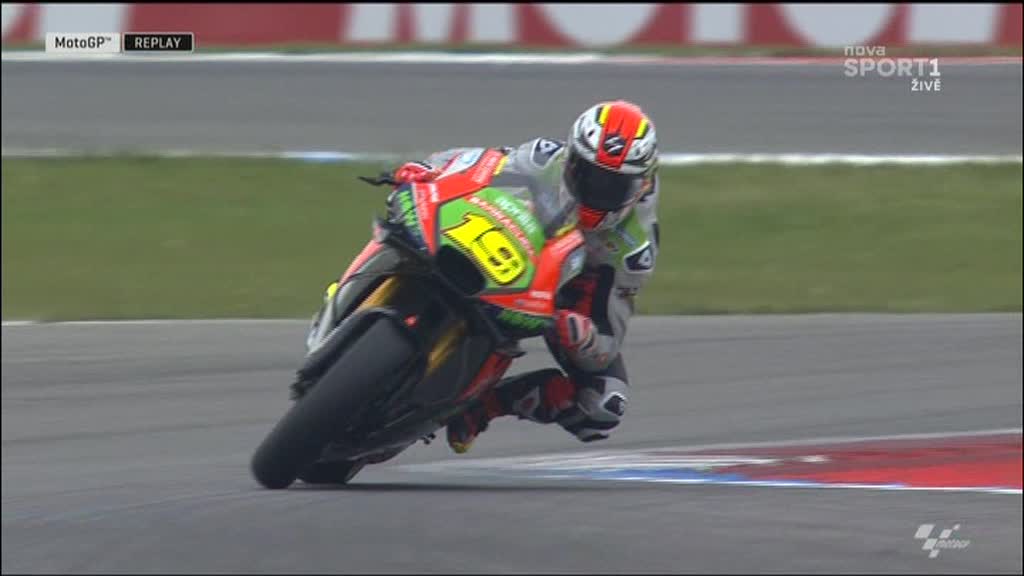 Eventually the track was sufficiently wet and both Marc Marquez (Repsol Honda Team) and Andrea Dovizoso (Ducati Team) left the pits. They were joined by the likes of Jorge Lorenzo (Movistar Yamaha MotoGP) and Maverick Viñales (Team Suzuki Ecstar) soon after, completing just a single lap before returning to the pits.

As the track got wetter and wetter, more riders ventured out without fear of destroying their tyres. Marc Marquez proved the fastest man of the session, setting a 1'48.628 to end 0.698s clear of Valentino Rossi (Movistar Yamaha MotoGP).

Danilo Petrucci (Octo Pramac Yakhnich) continued to show well in the wet as the Italian set the third fastest time before crashing at Turn 8. Dani Pedrosa (Repsol Honda Team) was fourth, 1.119s slower than his teammate. FP4 for Pedrosa ended on the ground after sliding off at Turn 11.

Lorenzo, who has struggled in the wet at Assen in the past, was eighth and 1.476s off Marquez’s pace.

The crashes continued with Scott Redding (Octo Pramac Yakhnich) falling victim to a crash at Turn 8. 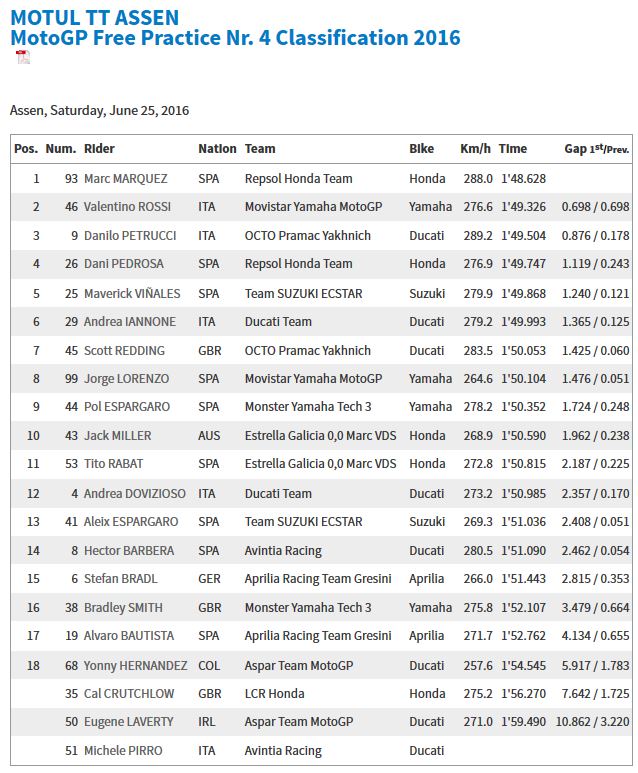 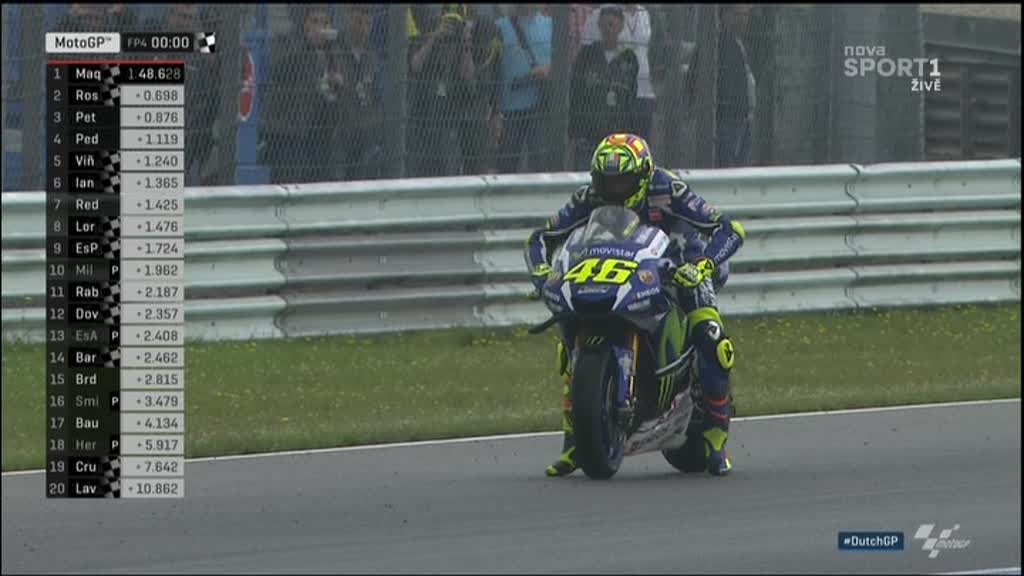 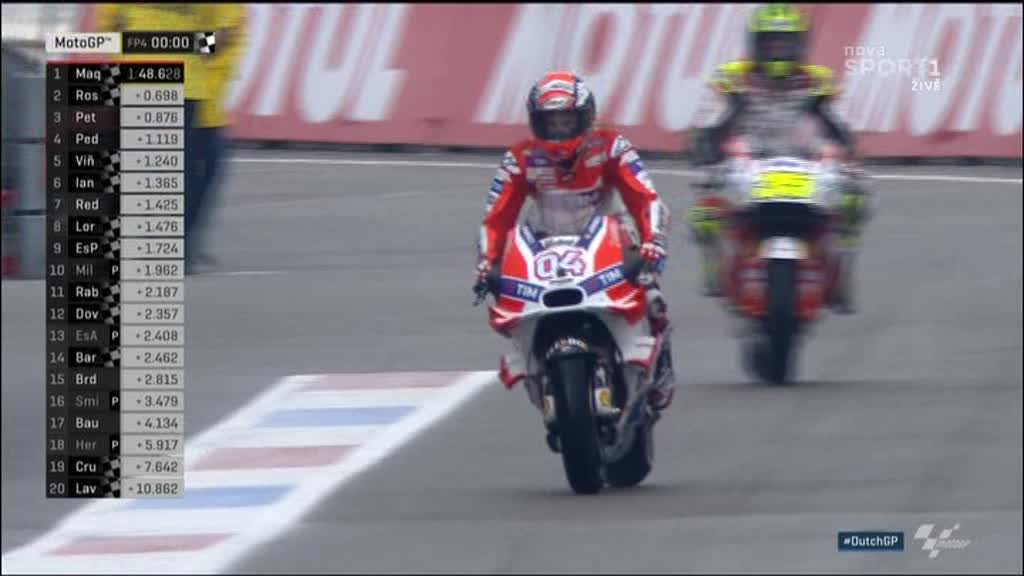 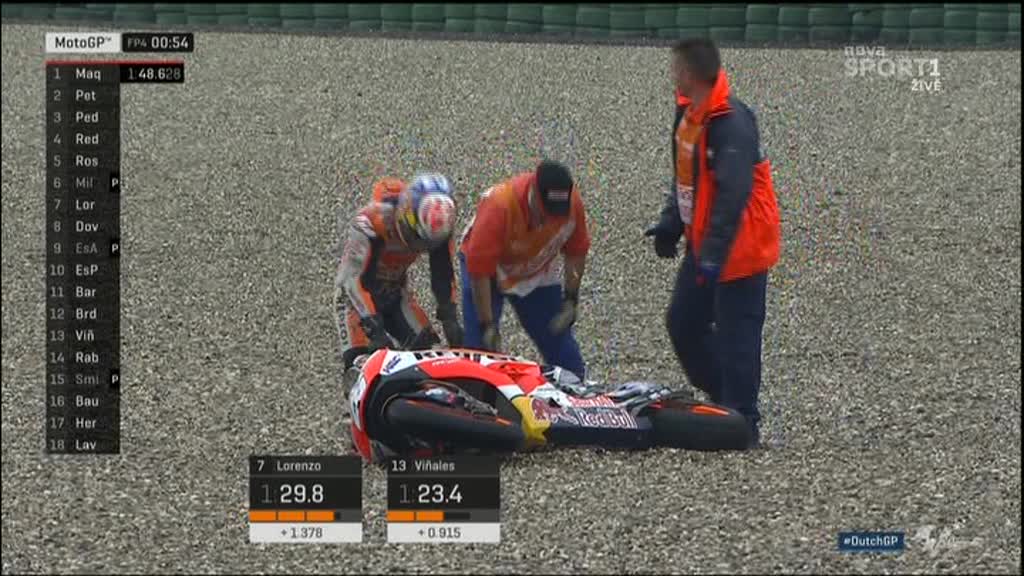 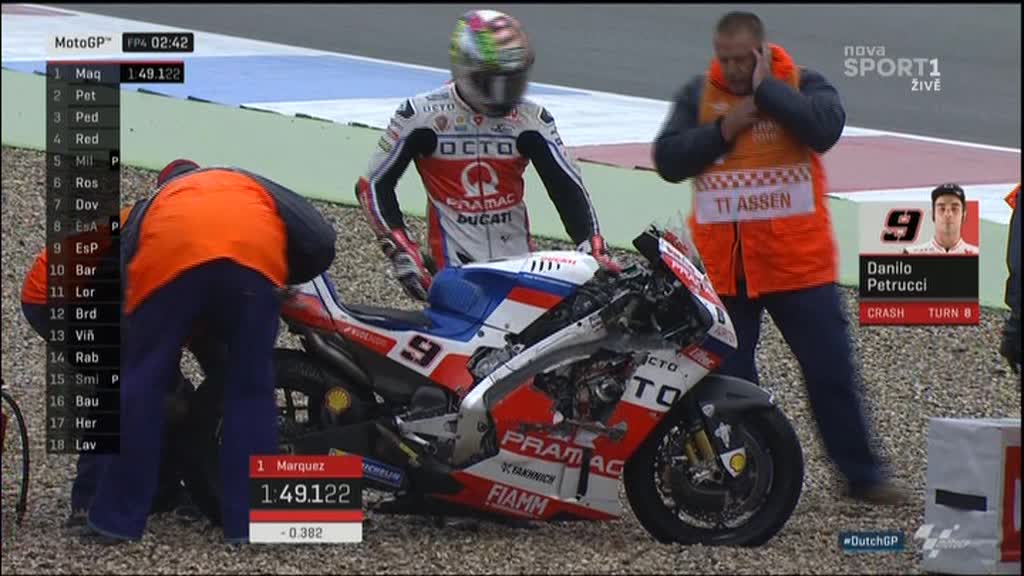 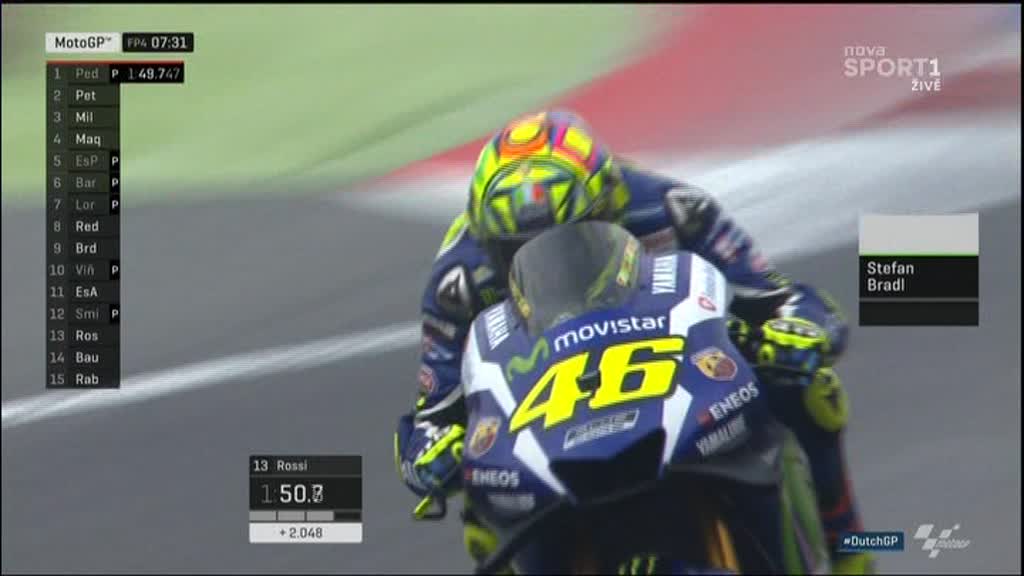 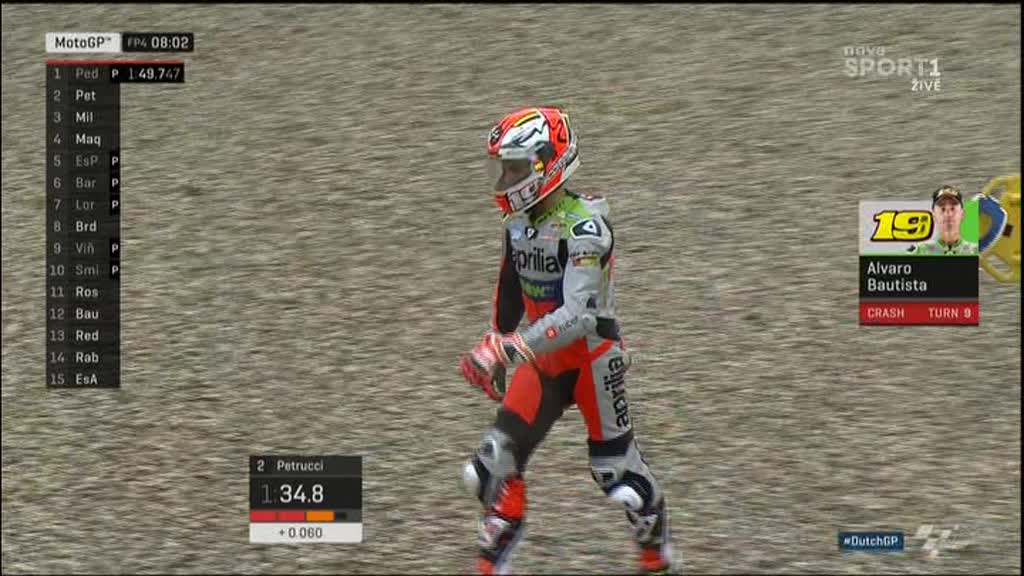 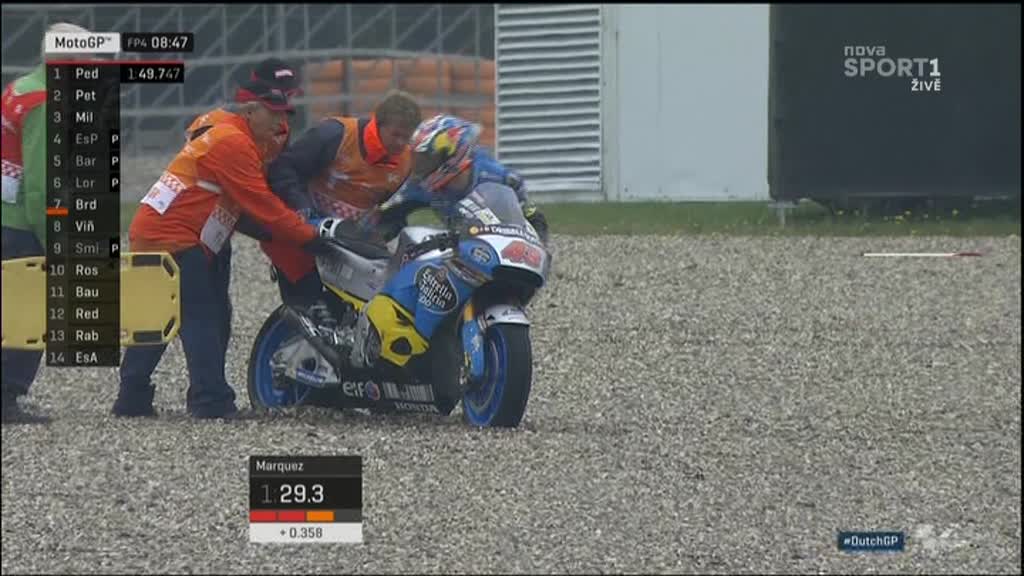 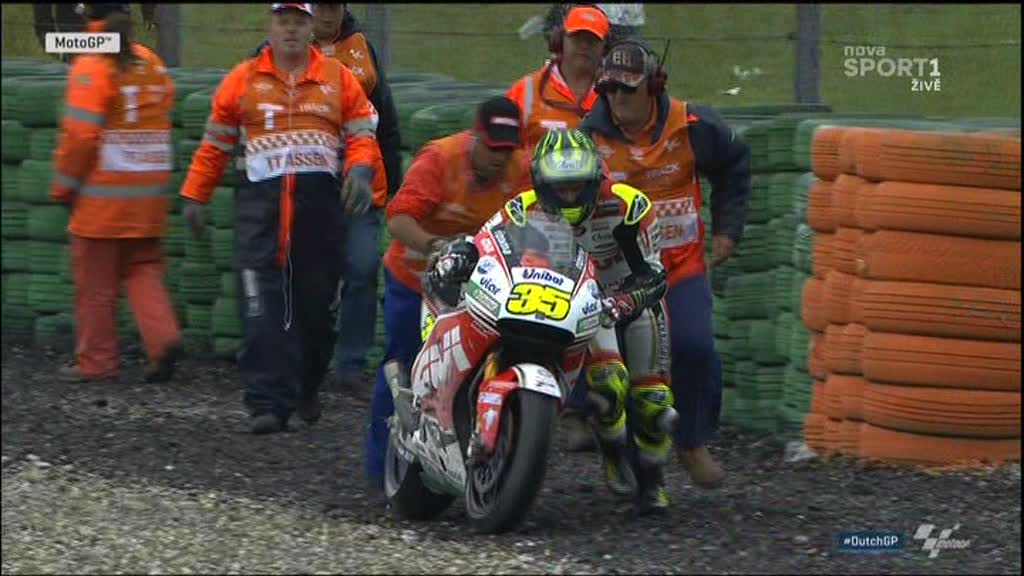 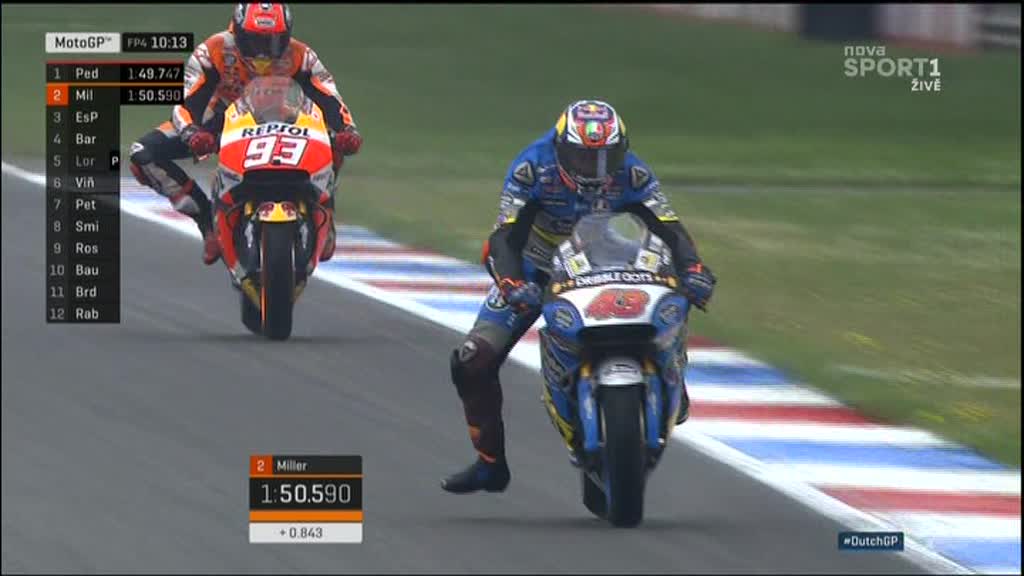 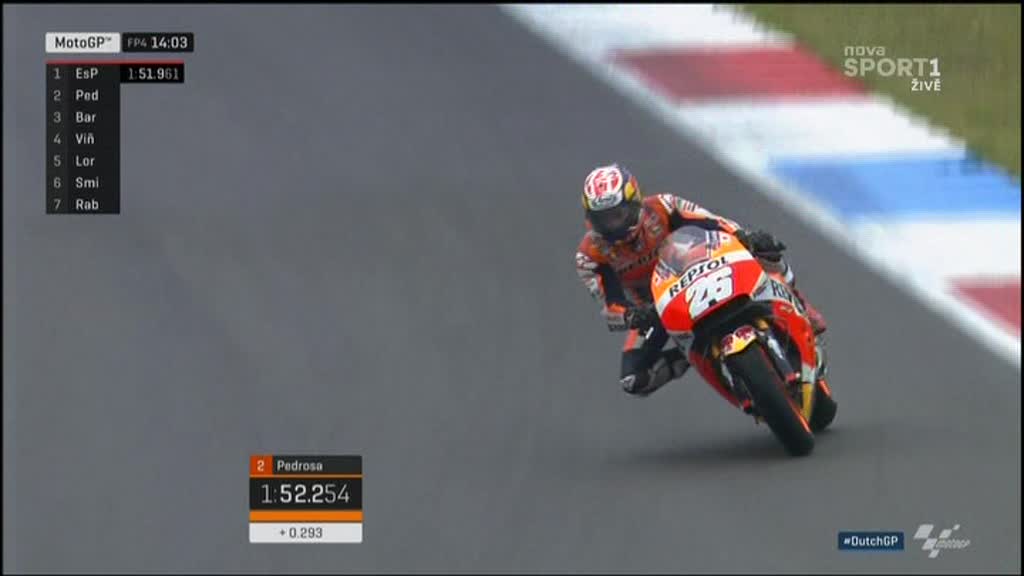 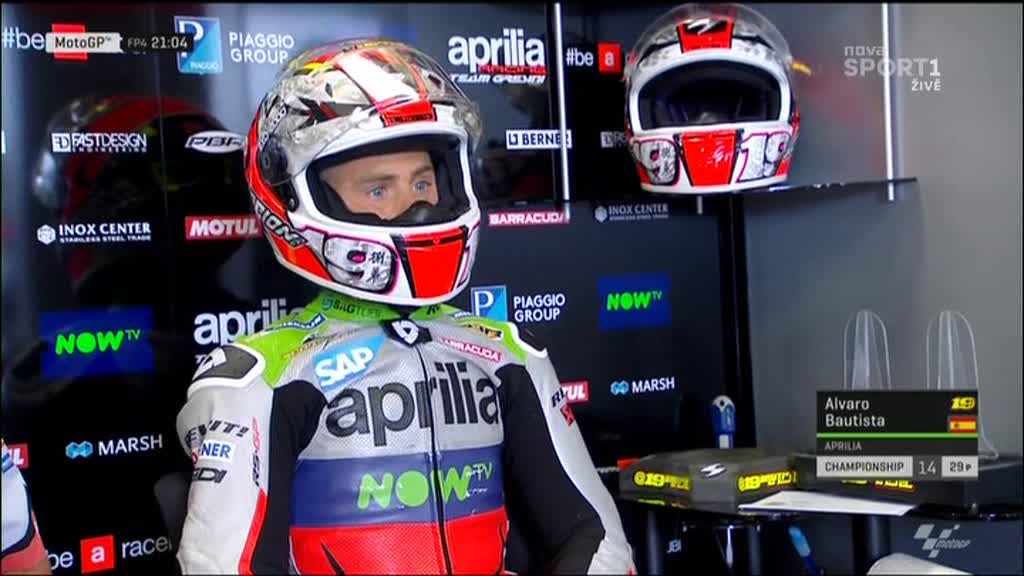 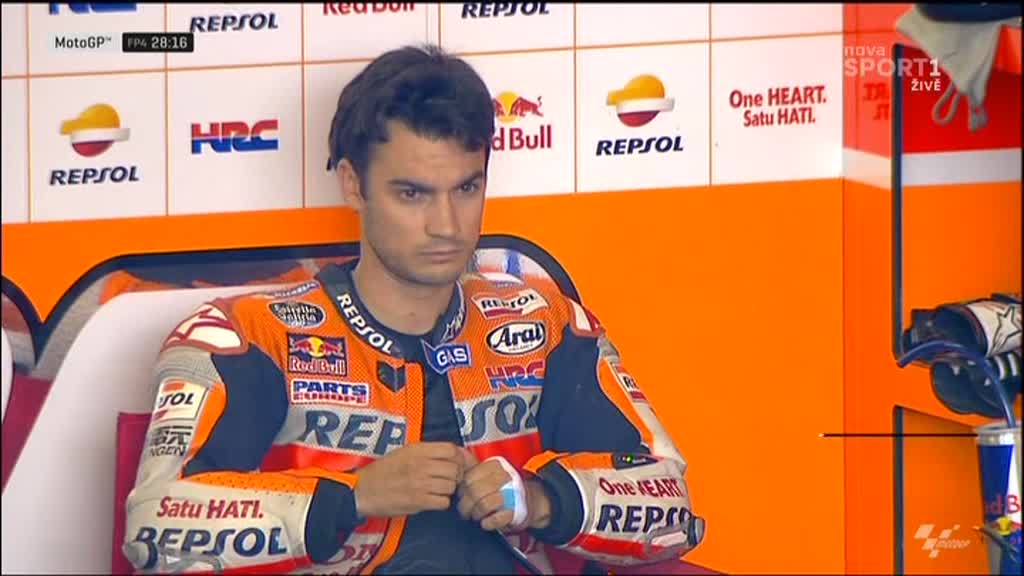 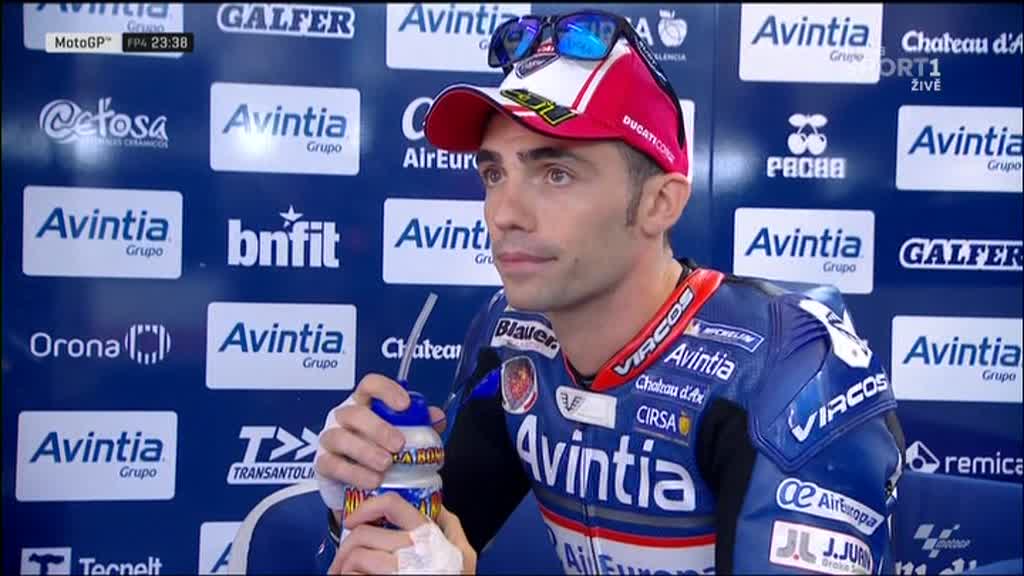 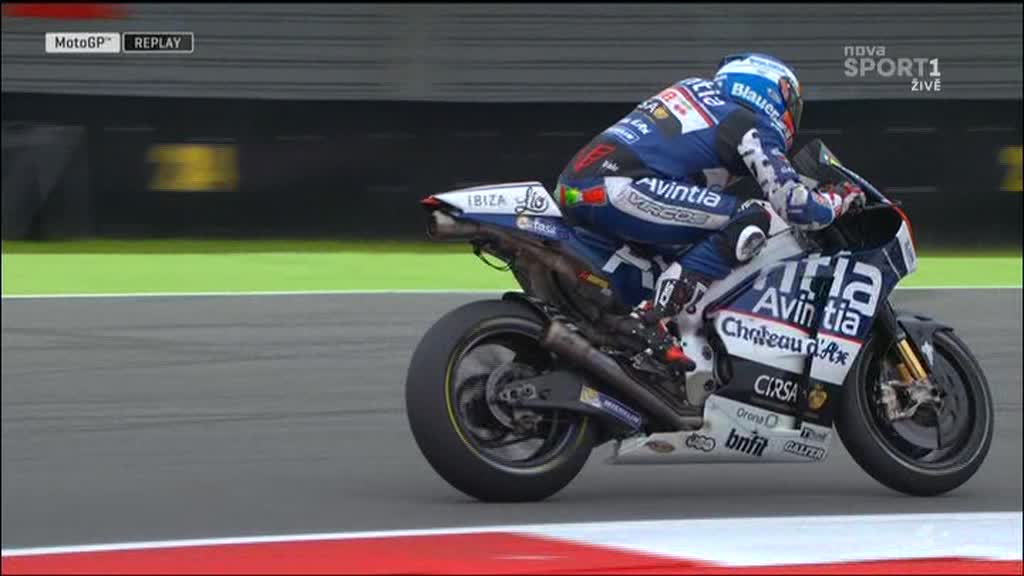 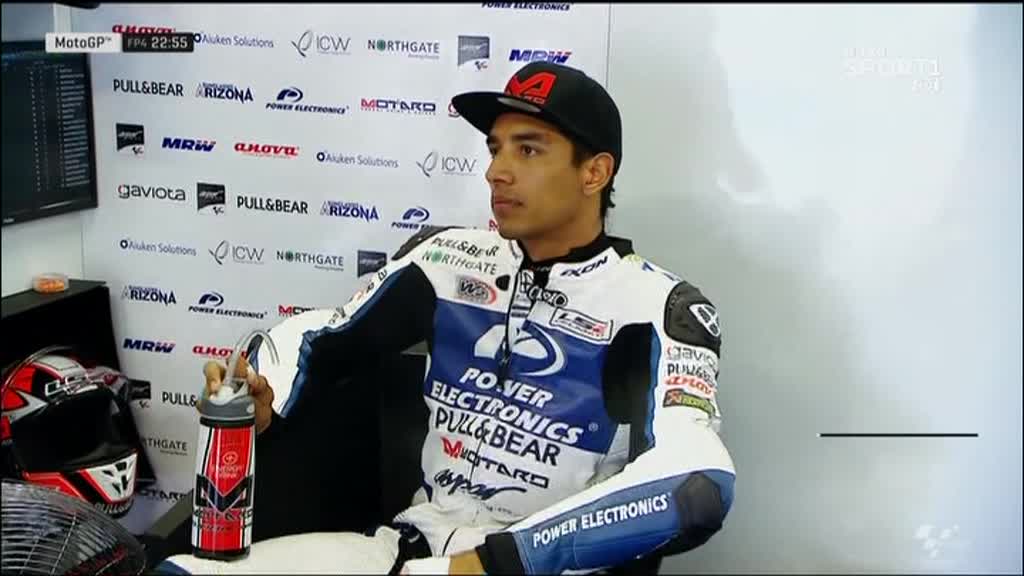 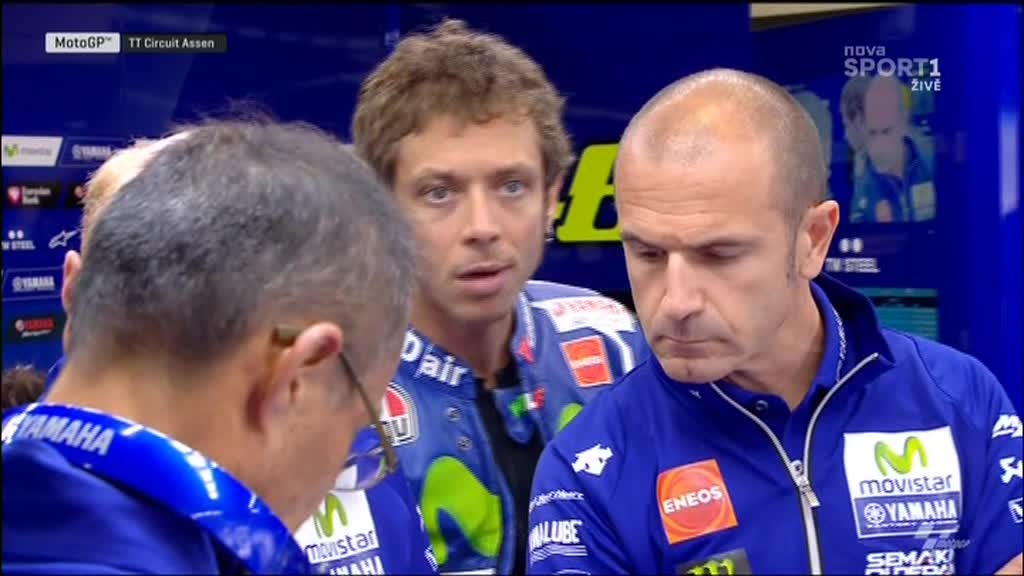