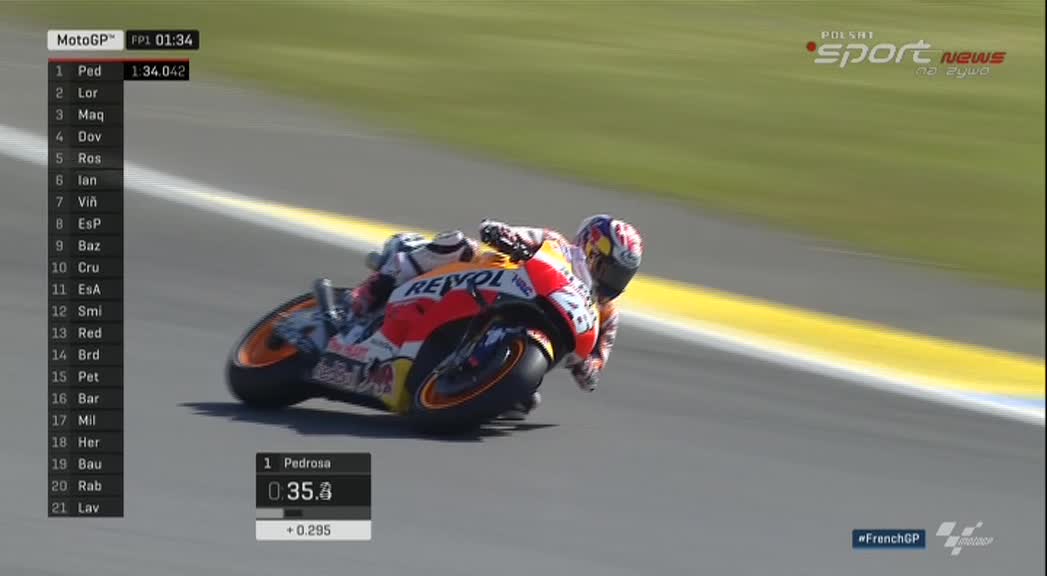 Clear skies welcomed the MotoGP™ World Championship to the Monster Energy Grand Prix de France for round five of the 2016 season. Winglets continued to be a focus for several teams, Ducati debuting yet another version while Honda and Suzuki continued to experiment with their ‘triple winglets’ after further assessment at the Jerez Test. 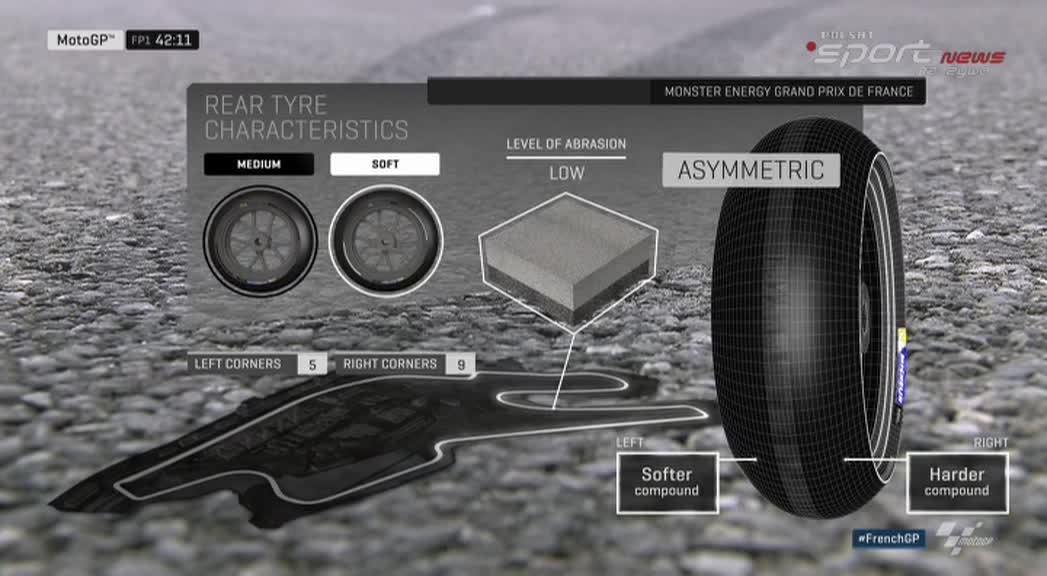 There was also further innovation and work from Michelin as they debuted new soft and medium rear tyres. The soft Michelin front also boasts a new, softer, compound for the often-cool conditions of the French GP.

After 45 minutes of practice, Dani Pedrosa (Repsol Honda Team) emerged as the fastest rider for the first time in 2016. It was a difficult start to Free Practice 1 for Honda, the majority of riders finding themselves outside the top ten until the final minutes. Pedrosa’s fastest time was a 1’34.042, which came without use of the new softer rear Michelin.

A 1’34.086 saw Jorge Lorenzo (Movistar Yamaha MotoGP) end the session as the second fastest rider, 0.044s slower than his fellow Spaniard Pedrosa. Many had expected Yamaha and Lorenzo to do well at the tight Le Mans circuit, the Majorcan rider already showing his competitive pace.

Making it two Repsol Honda Team bikes in the top three, Marc Marquez was able to set a 1’34.323 to get within three tenths of his teammate. Marquez fitted the new ‘triple winglets’ to his Honda late in the session.

Andrea Dovizioso (Ducati Team) was the leading Ducati rider in fourth, benefitting from a private test in Mugello ahead of the weekend. Valentino Rossi (Movistar Yamaha MotoGP) completed the top five as he aims to continue his winning ways from Jerez.

Danilo Petrucci (Octo Pramac Yakhnich) made a welcome return to the MotoGP™ World Championship having not been on a motorcycle since the Qatar GP. The Italian managed a 1’35.308 for 15th place. He will have to undergo another medical check before the race.

Yonny Hernandez (Aspar Team MotoGP) suffered an early fall at Turn 8 but was able to immediately return to the track. Local rider Loris Baz also crashed at Turn 8 towards the end of the session. 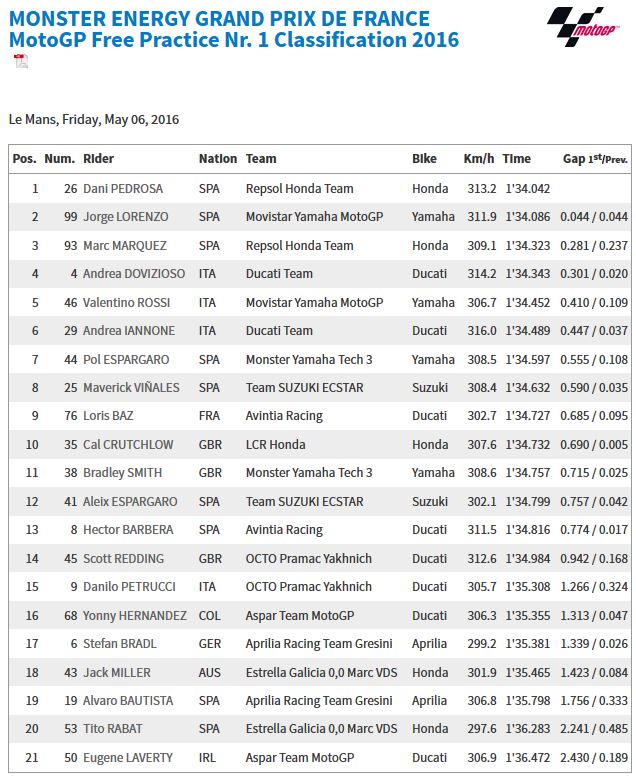 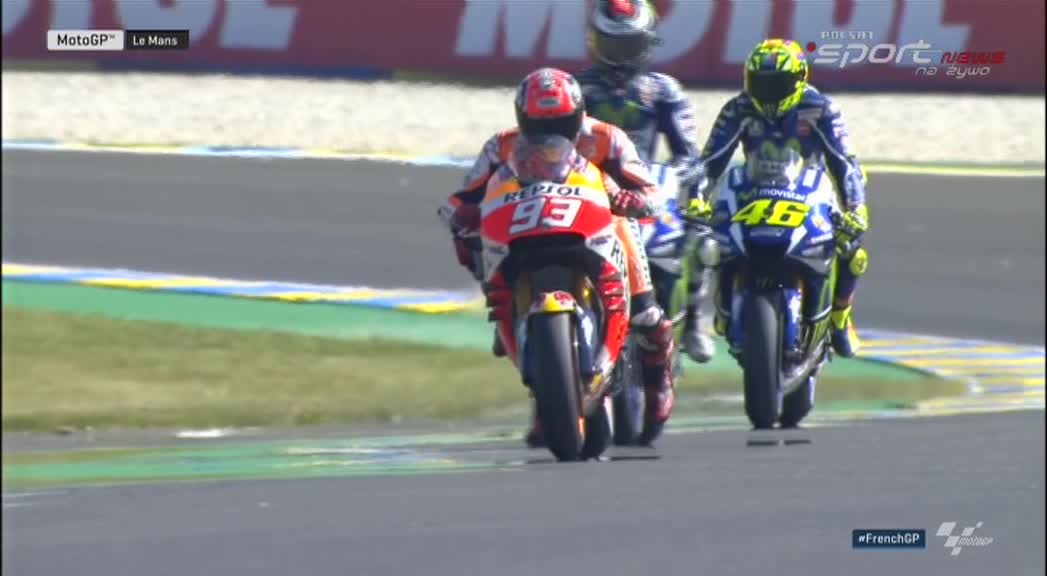 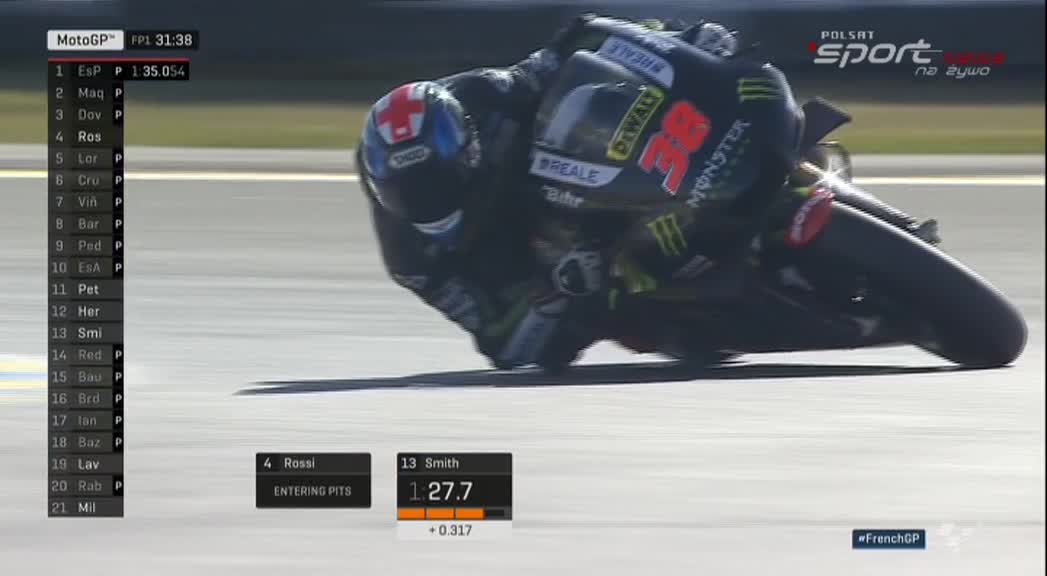 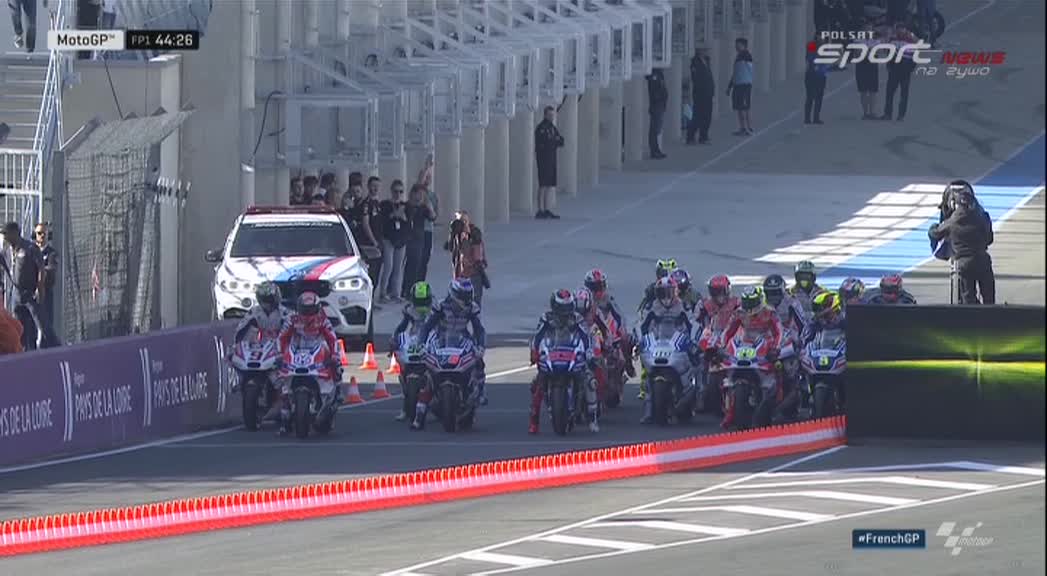 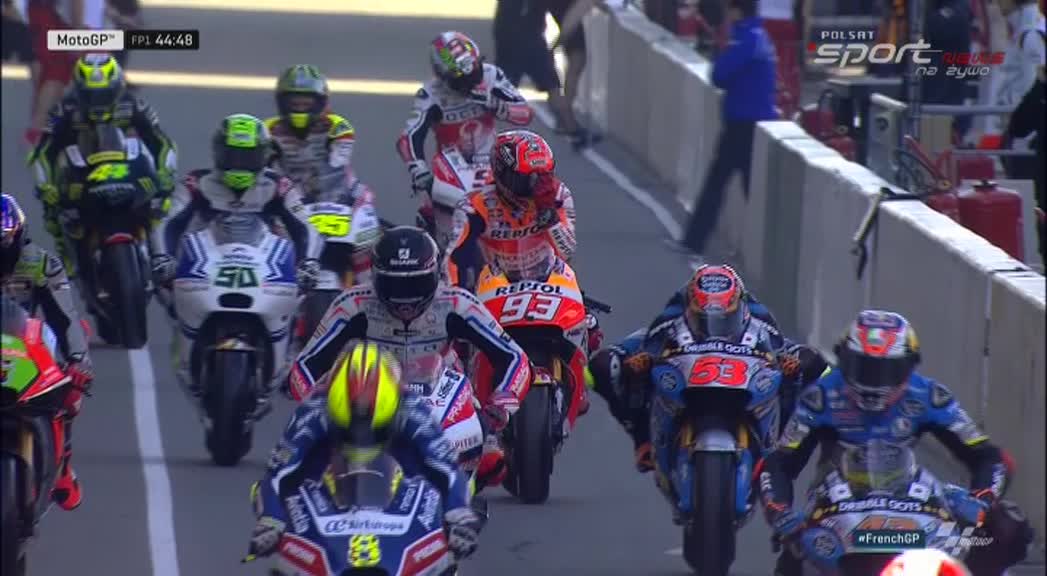