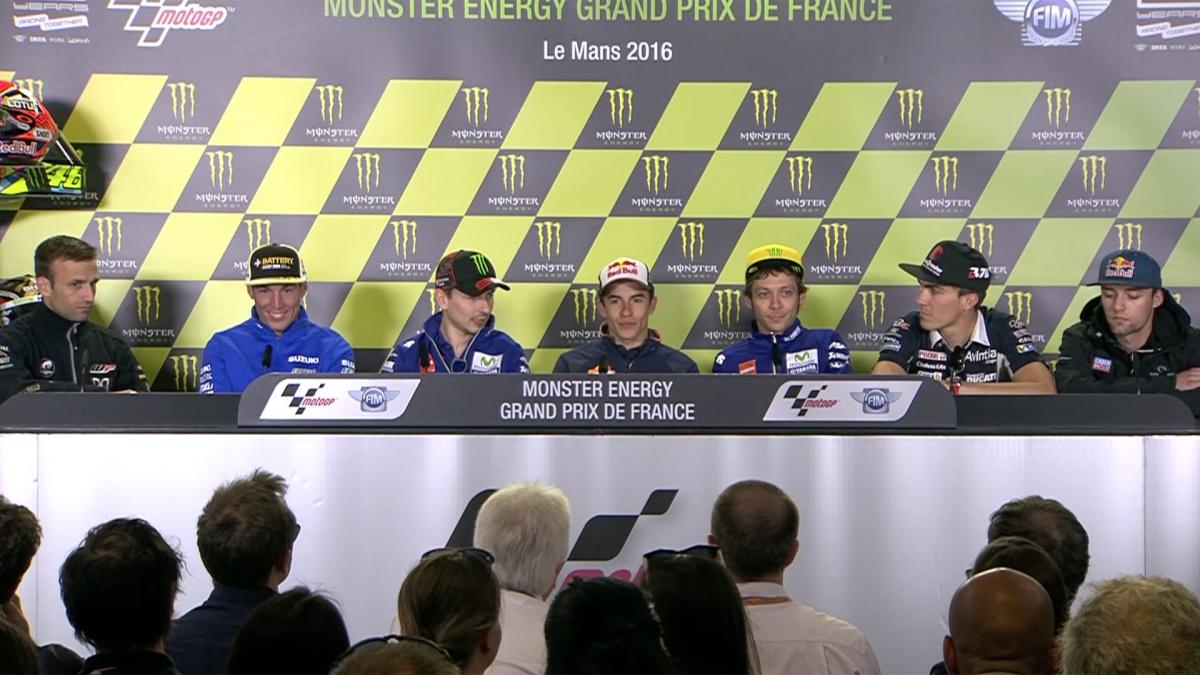 Now back in Europe, the MotoGP™ World Championship settles into a familiar rhythm with a steady stream of race weekends. The season has well and truly begun and leading the way is once again Marc Marquez (Repsol Honda Team). As the championship leader, he was of course in the pre-race press conference at the Monster Energy Grand Prix de France. Sitting either side of him were the Movistar Yamaha MotoGP duo of Valentino Rossi and Jorge Lorenzo, both able to best him at the Spanish GP and reduce his points advantage. Aleix Espargaro (Team Suzuki Ecstar) was also present with home riders Loris Baz (Avintia Racing) and Johann Zarco (Ajo Motorsport) were also in attendance. With some special news to share, Jonas Folger (Dynavolt Intact GP) was a late addition to the press conference roster. 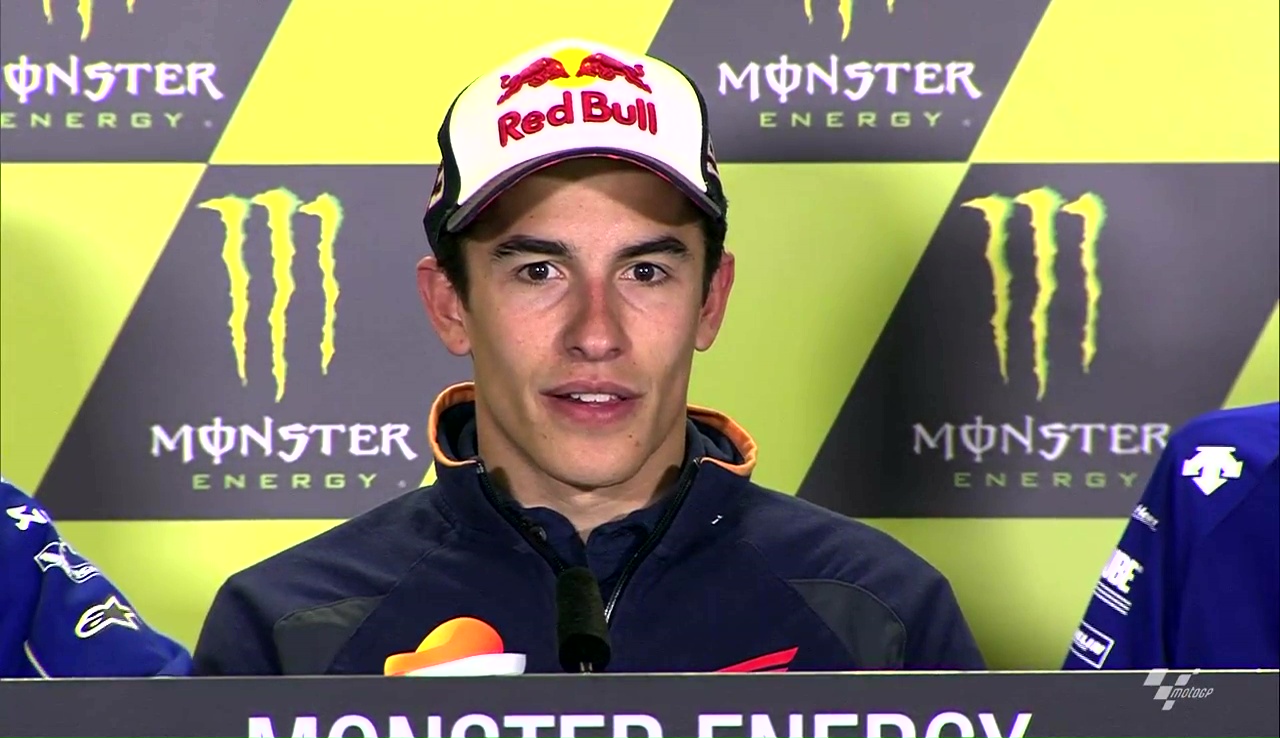 Consistency hasn’t always been Marquez’s strongest point, but in 2016 he has taken on the lessons of the past and is the only rider to take four podiums in four races in the premier class. His Honda may not be perfect, but Marquez is making it work when he can and has the championship lead in hand: “At the moment if I want to be at this position I must be consistent because at least I don’t feel that I can attack or I don’t have the best feeling with the bike. We’re working hard with Honda and the team to improve this and yeah it looks like step by step we’re getting better.” The Le Mans circuit is characterised by its ‘stop and go’ nature, requiring a refined setup to handle the hard braking. This should suit Marquez exceedingly well: “It’s not an easy track but it’s one of the tracks I like. It’s a special one because it’s stop and go but for my riding style it’s quite good. Last year on Sunday I had some problems with the front tyre, similar problems I had last Sunday in Jerez.” 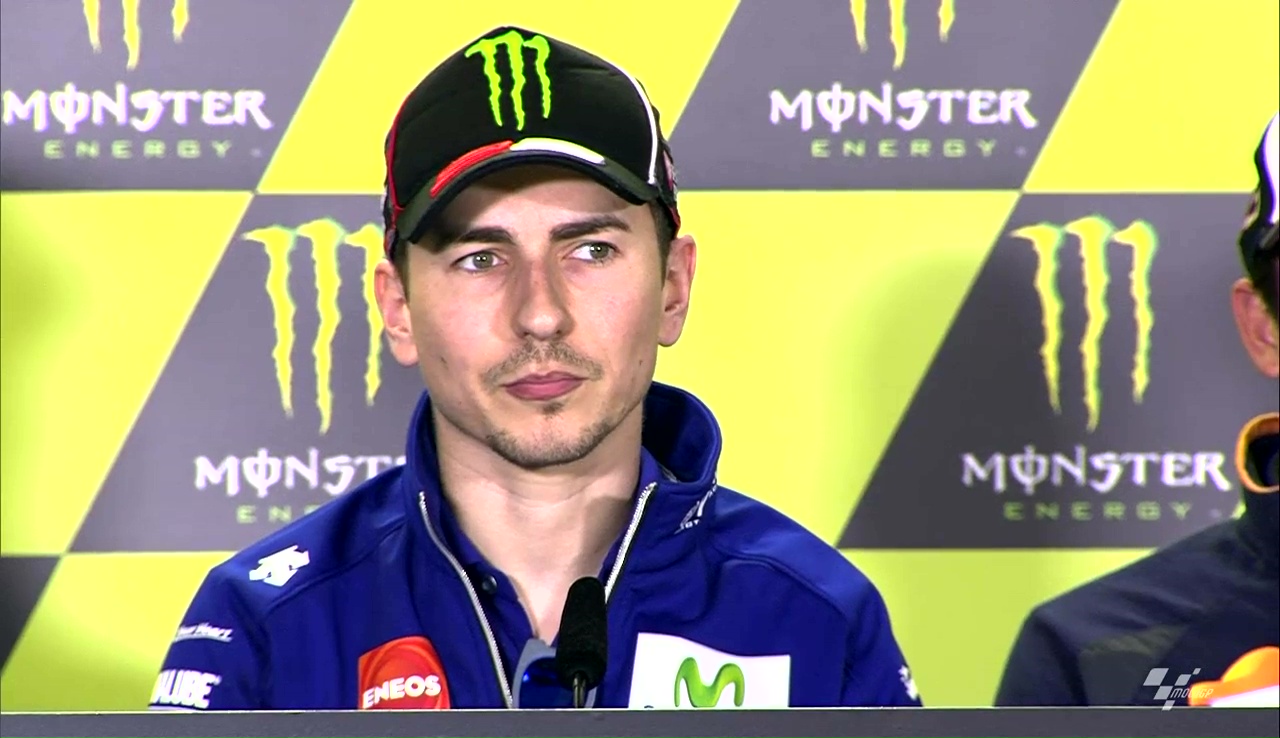 In his last seven visits to the Le Mans circuit, Lorenzo has taken four victories but never a pole position in the blue ribbon class: “Le Mans, even from the 125cc era and years has been one of my favourite tracks where I have been one of the fastest. So yeah, a lot of victories and last year I got the victory here after two years with not very good results. In 2015 I finished seventh and in 2014 I think sixth so finally last year I got on the podium.”

After some difficulties in Jerez with a spinning rear, Lorenzo is confident that the issues will not re-appear: “Michelin is working hard after the problems that most of the riders had in the Jerez race. Michelin bring three different rear tyres, so let’s see if one, which is quite different from the other two, solves the problems a little in the straight.” For 2016 Michelin have also introduced an intermediate tyre option, which could be brought out in Le Mans given the circuit’s past history with rain. 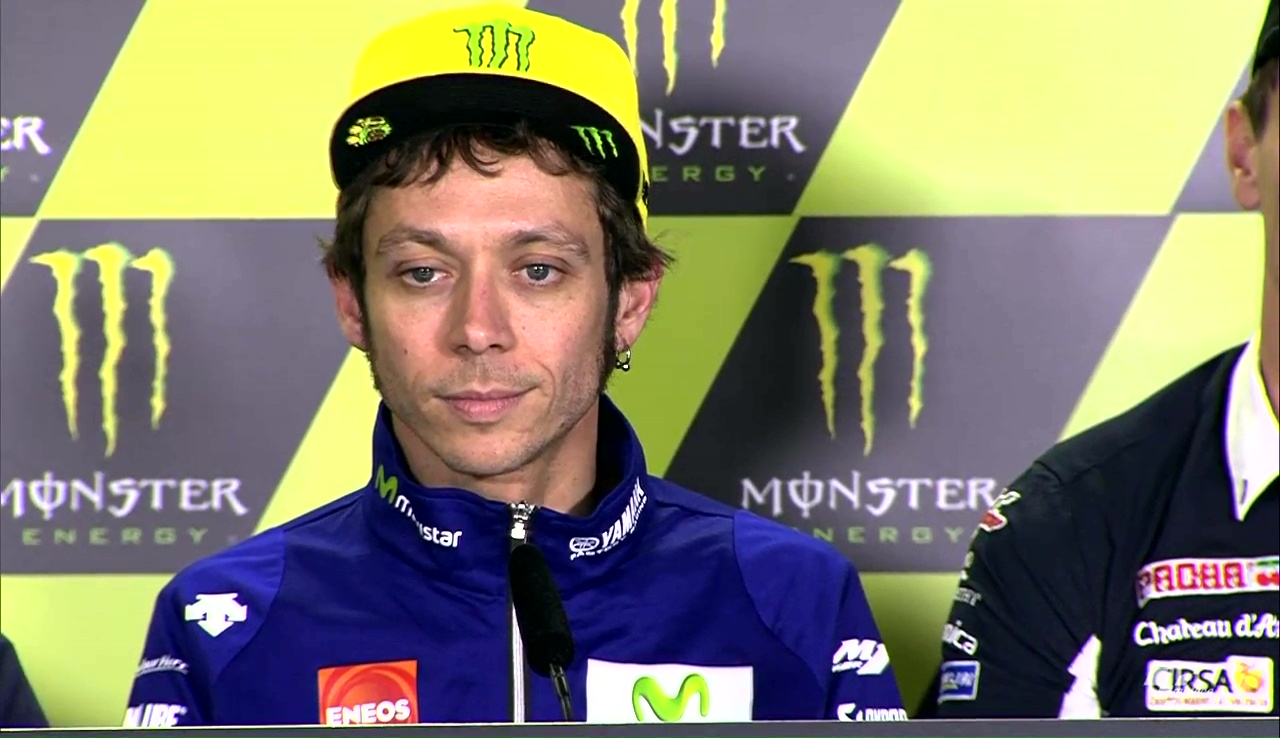 As the most experienced rider in the paddock, Valentino Rossi is well aware that the weather will play a defining role in the weekend’s proceedings: “Here is always difficult, it’s a difficult track and we have to wait for the weather during the weekend. It can change a lot during the weekend and we hope for the good weather like during the last two years. In 2014 and 2015 I did two good races, I didn’t win I always finish second but I was quite strong so this is the target.”

Who will be Rossi’s teammate in 2017 has been one of the most talked about topics in recent weeks, ‘The Doctor’ finally responded to rumours about whether it could be Dani Pedrosa or Maverick Viñales: “In the last days a lot of rumours about Pedrosa. I think that for the second rider, Movistar want a Spanish rider and I think Viñales or Pedrosa are the most possible. I don’t know the percentage, one or the other you have to speak with Yamaha. For me it’s the same.” 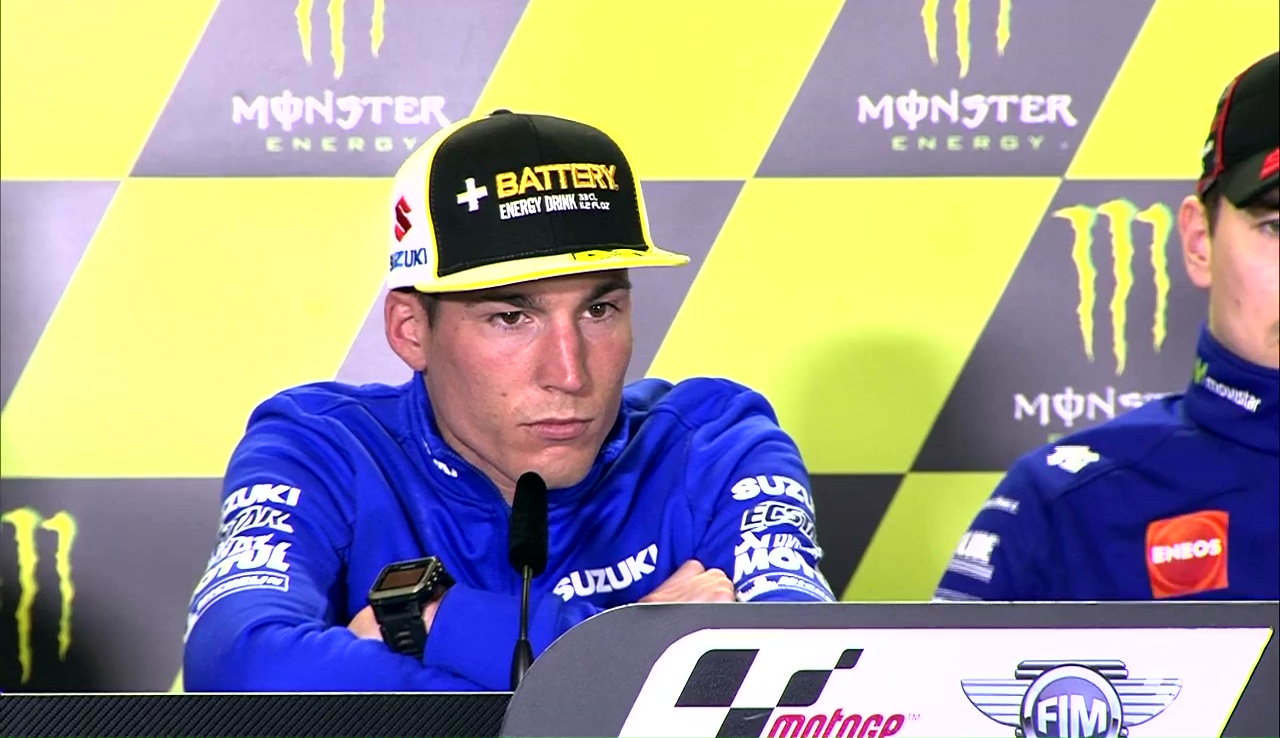 After two top five finishes, Aleix Espargaro is once again pushing the Suzuki closer and closer to the podium: “The engineers are working a lot harder than last year and we can see that the GSX-RR is improving a lot. Still not what we want to fight for the podium, but much closer. Last weekend we were more fast than the Ducatis all weekend and closer to the Yamahas and Honda. We try to reconfirm in the next rounds, but we’re still not ready to fight with the top guys. We’re really really close.” Suzuki’s last MotoGP™ victory came at Le Mans back in 2007 thanks to Chris Vermeulen’s excellent wet weather riding. 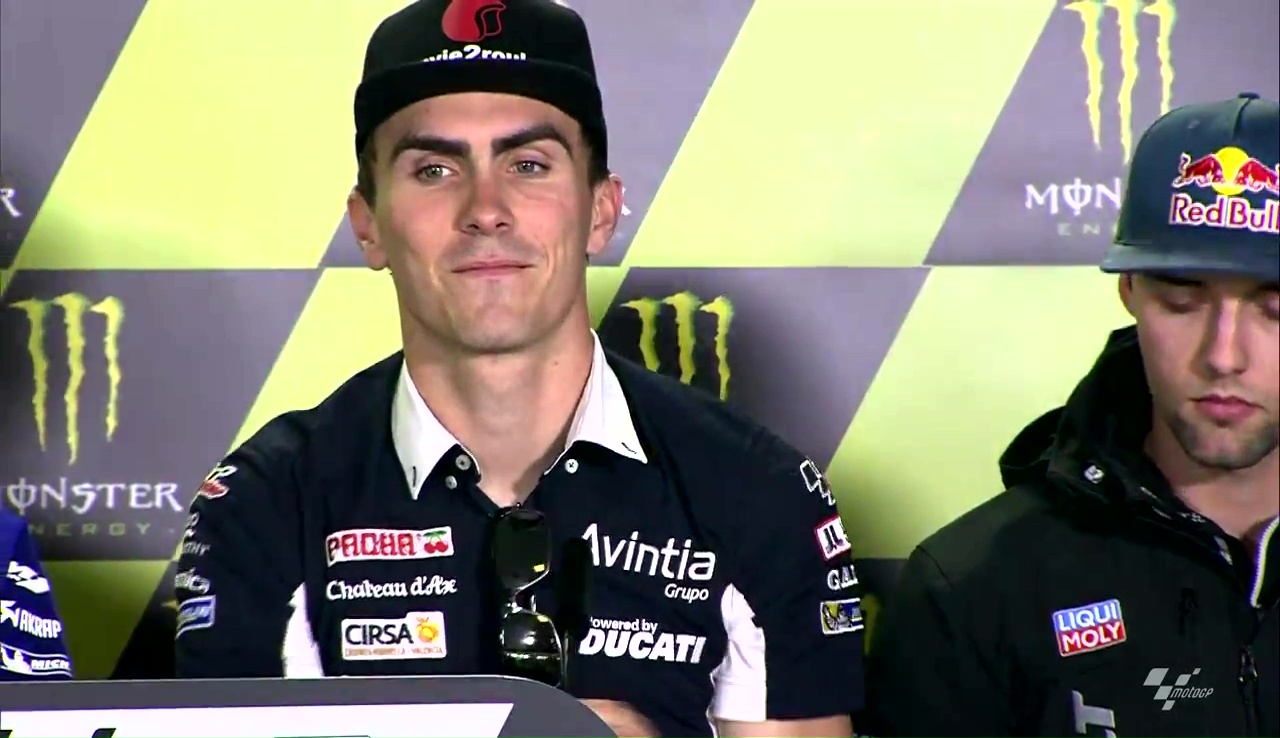 Loris Baz is overjoyed to be riding in front of his home fans for the second time, his racing career having gone almost full circle: “I remember when I was coming as a child to watch the GP and push Randy [De Puniet] riding in the 250s. I remember this really well and now I’m really happy because I’m in the other part, I’m on the grid with these guys. It’s just an amazing feeling and I know where I come from and manage to enjoy it a lot.”

The tall Frenchman is aiming for a top ten after a tricky start to the season: “Of course we had some problems at the beginning of the season, we were able to score some important positions in Argentina and Texas but we were missing some luck, especially in Argentina. In the end this is racing and I was maybe in the wrong place at the wrong moment. Also in Jerez where I was in an incident in Turn 6 so I had to start from last again and this changes the whole race. Nobody is waiting for you. Hopefully I can score the first top ten this weekend, that’s the target.”

Johann Zarco remains in the Moto2™ World Championship as he quests to become the first ever-double Moto2™ champion. It hasn’t been an easy season but the local hero is taking it in his stride: “It’s always competitive in Moto2 and really there’s no regrets to stay because I am learning a lot. Being champion in 2015 has been fantastic but now it’s another target to be champion again and win races. When it’s difficult is when you learn the most because when it’s going well you want to learn but you’re thinking what was good and what was wrong but maybe some things aren’t wrong. But when you’re doing wrong maybe you understand it better.” 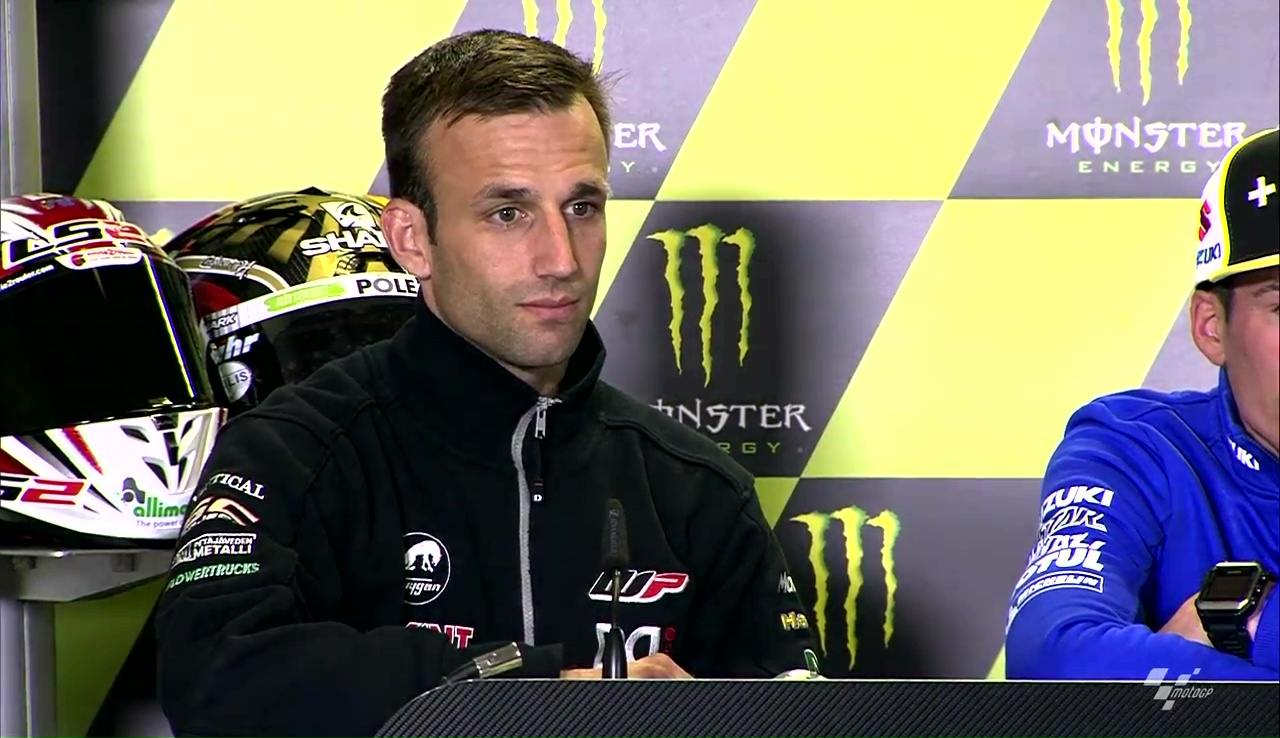 As more and more riders sign for MotoGP™ team in 2017, Zarco’s plans remain unknown but there are certainly some interesting avenues opening: “I found a way with Suzuki to test the MotoGP in Japan and also they ask me to do the 8 Horus of Suzuka. I’ve never been there but I say yes because I like to train with a road bike. I have a feeling with the road bike and it’s good to try this race and be part of this for Suzuki and hope to be with Suzuki in 2017. It’s also part of the job this summer, to prove what I can do and go in MotoGP. The test doesn’t yet mean we have a place with them, but for sure if they give me this opportunity it’s not to be with another brand.”

Jonas Folger was a late addition to the press conference as the German announced he will campaign the 2017 MotoGP™ season with the Monster Yamaha Tech 3 squad: “I am very happy and excited about next year, it’s a dream for all of us riders to be in MotoGP one day. I’m very happy that Yamaha, Tech 3 and also Herve believe in me and are giving me such a great opportunity for next year which is also great because I can now focus clearly on this season, I’m very thankful. It’s a dream come true.” 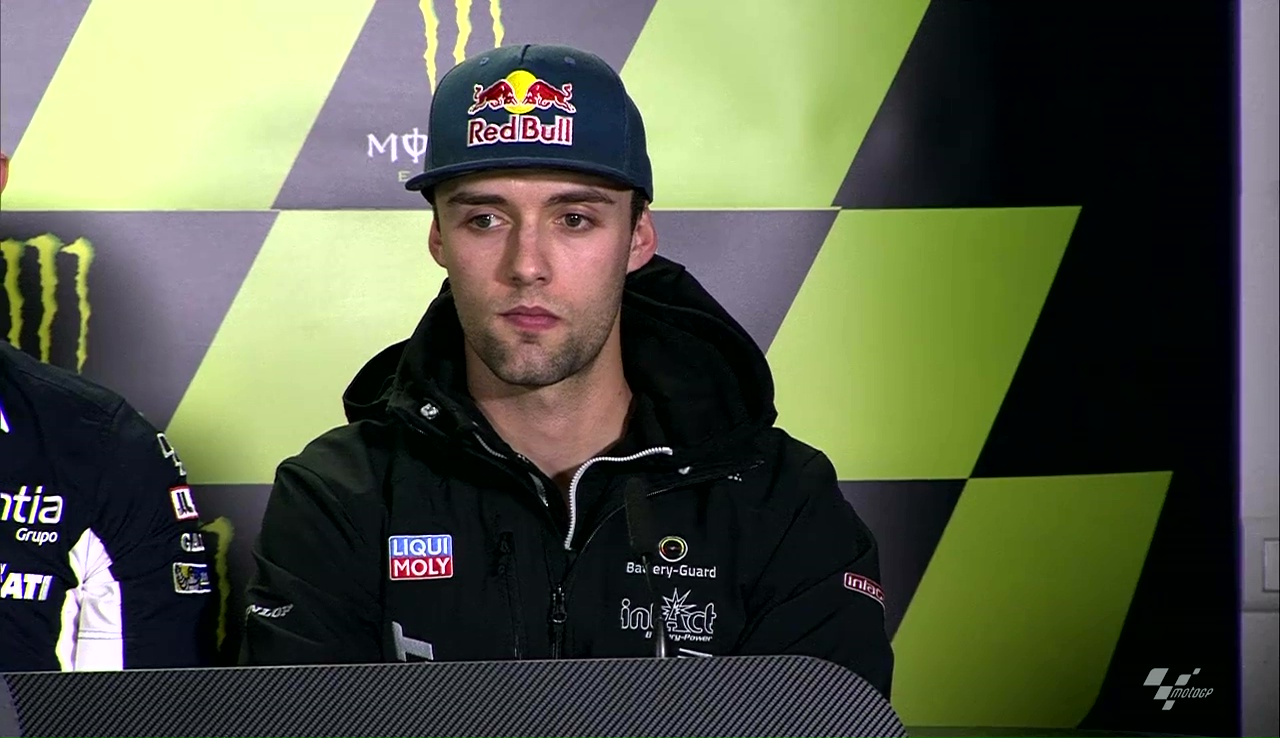