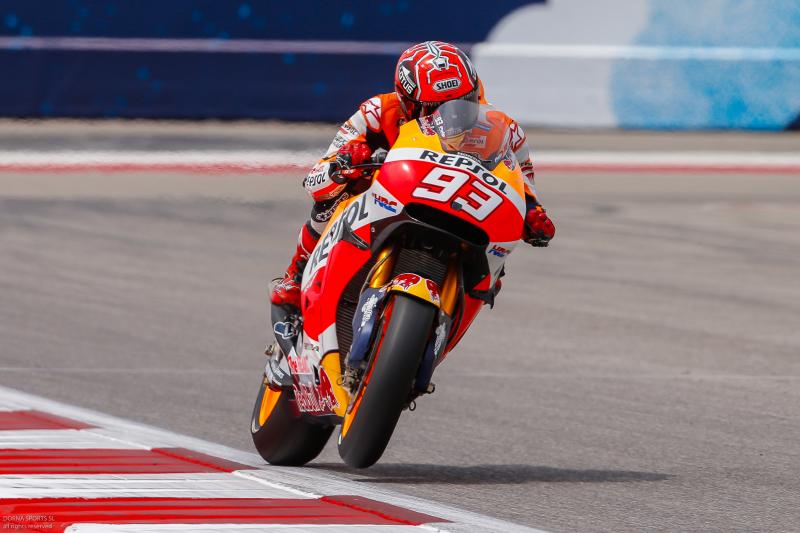 Marc Marquez made it four out of four has he topped the final Free Practice from Lorenzo and Rossi.

With conditions similar to that of the Argentina GP, the MotoGP™ World Championship began Free Practice 4. Riders would have liked the track to be in a better state, but made the most of what they were given.

Marc Marquez (Repsol Honda Team) debuted a revised front fairing with a re-shaped bottom 'lip'. For the fourth time this weekend he topped the session, no rider able to get within a tenth of him all weekend. The Spaniard continued to make the Circuit of the Americas he own as he set a 2'04.309 in the less than perfect conditions.

Meanwhile Scott Redding (Octo Pramac Yakhnich) was the leading Ducati in fourth and the final rider within a second of the top. The Brit was able to end ahead of Andrea Dovizioso (Ducati Team) who completed the top five.

Jack Miller (Estrella Galicia 0,0 Marc VDS) was the last rider to leave the pits as he nurses a broken right foot after a Friday fall. It was announced during the session that the Australian will miss the race and return to action in Jerez. 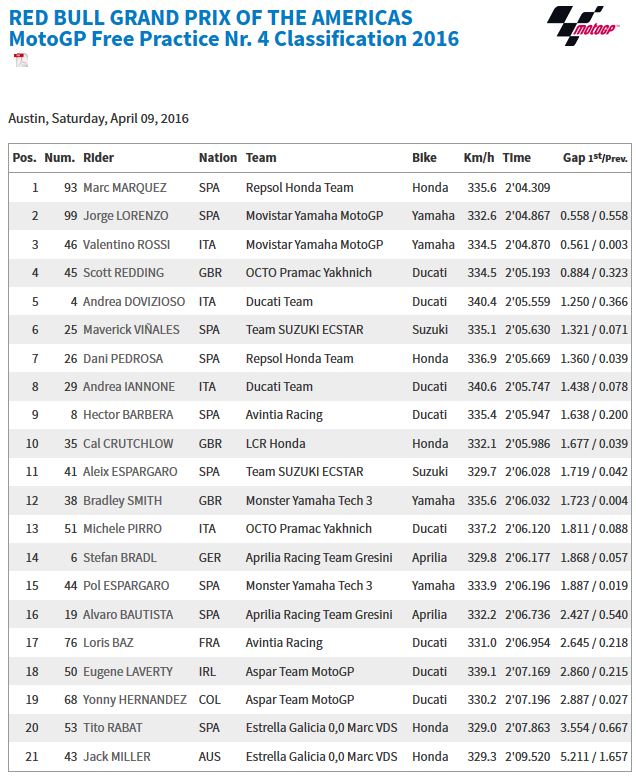