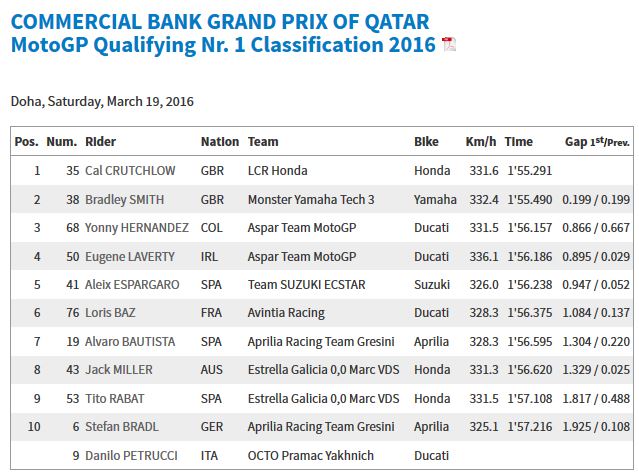 The MotoGP™ World Championship begin their final test before the 2016 season with Jorge Lorenzo leading the way.

With the start of the season fast approaching, riders and teams eagerly went to work at the Losail International Circuit as the final test of the pre-season got underway. As the track opened at 16:00 Local Time, it was only Michele Pirro, Hiroshi Aoyama and Takuya Tsuda who rushed out on track, the three test riders given the responsibility of assessing track conditions. As the sun began to set more and more riders trickled out on track with Stefan Bradl the first full time Grand Prix rider to circulate.

By 19:00 Local Time all of the riders were out on track with both Marc Marquez and Scott Redding leading early in the session. It was an unfortunate start to the test for Valentino Rossi who fell at Turn 10, the Movistar Yamaha MotoGP rider uninjured in the fall. 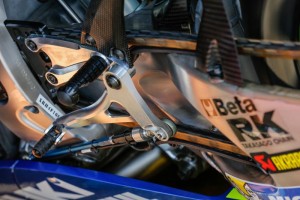 A fall from Aleix Espargaro in the closing hours of the test saw the session briefly red flagged as the debris was cleared at Turn 14. Fortunately Espargaro was uninjured and able to continue testing.

Throughout the second half of the test Andrea Iannone, Maverick Viñales and Jorge Lorenzo all took a turn at the top of the time sheets with Lorenzo ending the first day of testing on top. A 1’55.452 was his best time of the opening day, 1.3 seconds slower than the 2015 pole lap, but 0.428s ahead of Maverick Viñales in second. Movistar Yamaha MotoGP have elected to run a hybrid of the 2015 and 2016 bike, both Lorenzo and Rossi running extensive tests on it in Qatar.

Viñales continued his impressive pace from Phillip Island, the Team Suzuki Ecstar man finishing second to Lorenzo. Tsuda, the Suzuki test rider, is so far the only Suzuki rider to run the fully seamless gearbox but both Viñales and Aleix Espargaro are hopefully of testing it on the second day and uti 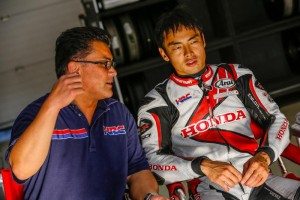 lising in the first race.

Third fastest and 0.442s back on his teammate was Valentino Rossi who completed 33 laps after his early fall. With both the factory Yamaha bikes inside the top three, it is clear that they will be a threat and title challengers throughout the season as they were in 2015. Rossi joined Viñales and Lorenzo in the 1’55s, the trio the only riders to produce times under the 1’56 barrier.

Leading the Ducati charge was Andrea Iannone who now has access to two 2016 Desmosedicis for the first time. With 53 laps completed, the Ducati Team rider completed more laps than any other rider on track and managed to end 0.667s behind Lorenzo. Completing the top five was fellow Ducati rider Scott Redding, the Brit proving that the GP15 is still competitive.

Two Ducatis followed in the form of Hector Barbera and Andrea Dovizioso for a total of four Ducati machines inside the top ten, more than any other manufacturer. Barbera once again impressed on the Avintia Racing Ducati, ending sixth and 0.068s ahead of Dovizioso’s factory machine.

The top Honda rider was Cal Crutchlow in eighth, 1.058s off Lorenzo’s best time. A crash at Turn 14 shortly before Espargaro’s fall upset the LCR Honda rider’s testing plans only slightly. 0.007s behind him was fellow Brit was Bradley Smith on the Monster Yamaha Tech 3 machine.

Completing the top ten was Marc Marquez, the Repsol Honda rider unable to match his top three pace from the Phillip Island test two weeks earlier. After their resurgent form in Australia, it seems Honda still have work to do before the season begins on the 20th of March at the Qatar track. 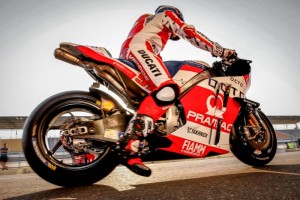 Aleix Espargaro ended 11th after his crash, 0.7s slower than his teammate Viñales. Younger brother Pol Espargaro was 0.195s back in 12th, ahead of Dani Pedrosa who had another difficult day of testing.

Yonny Hernandez and Loris Baz rounded out the top 15, both within two seconds of the fastest time. 2.398s from the top was Jack Miller, the Losail International circuit proving a greater challenge for his still healing leg. Michele Pirro, who replaces Danilo Petrucci at the test, was 17th as he assists the Octo Pramac Yakhnich team in exploring their GP15.

It proved a frustrating test for Tito Rabat who fell at Turn 2 and was unable to get within two and a half seconds of Lorenzo’s time.

One of the highlights ahead of the Qatar test was the unveiling of the new 2016 RS-GP, Stefan Bradl ending the day 19th. Both Bradl and Alvaro Bautista, 22nd, attended a private test at Qatar while the rest of the field were in Australia but are both well aware there is still a lot of work to do on the new bike. 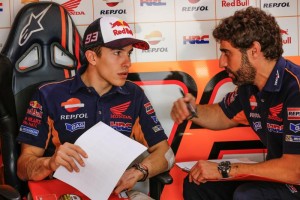 Eugene Laverty was 20th, edging out Honda test rider Hiroshi Aoyama by 0.475s. Aoyama ran several tests for Honda with winglets fitted to the bike, Honda joining both Yamaha and Ducati who have already experimented with various winglets in 2015 and throughout the 2016 pre-season. 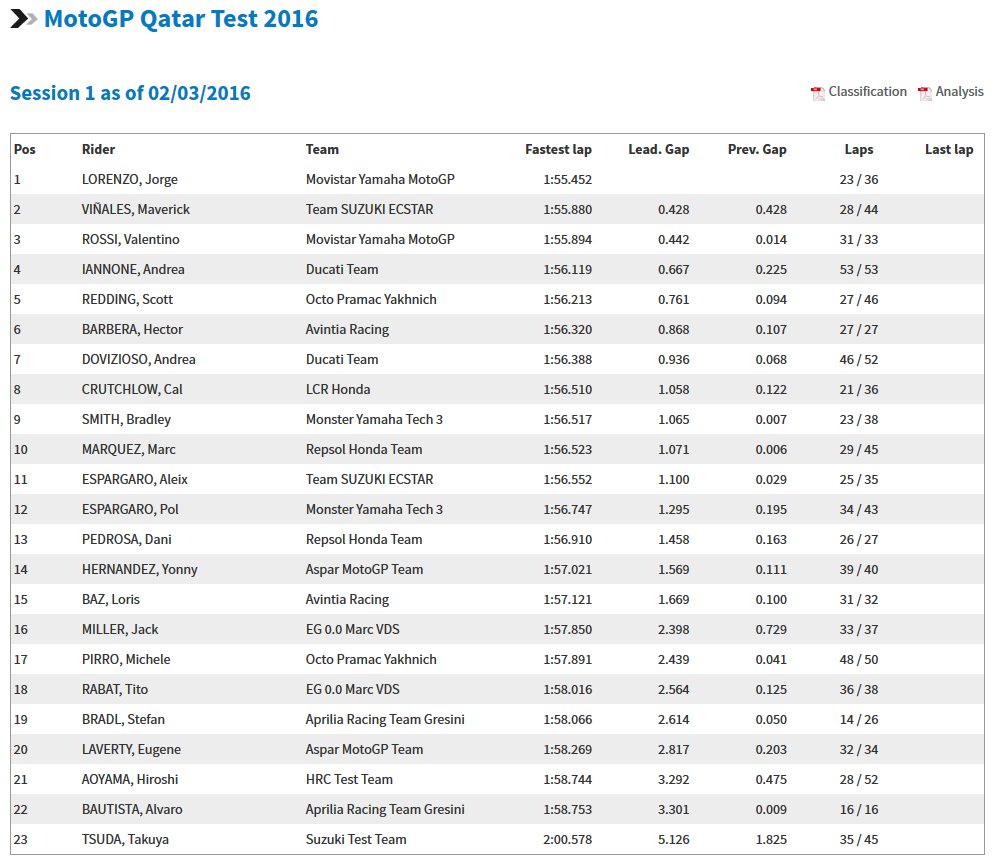