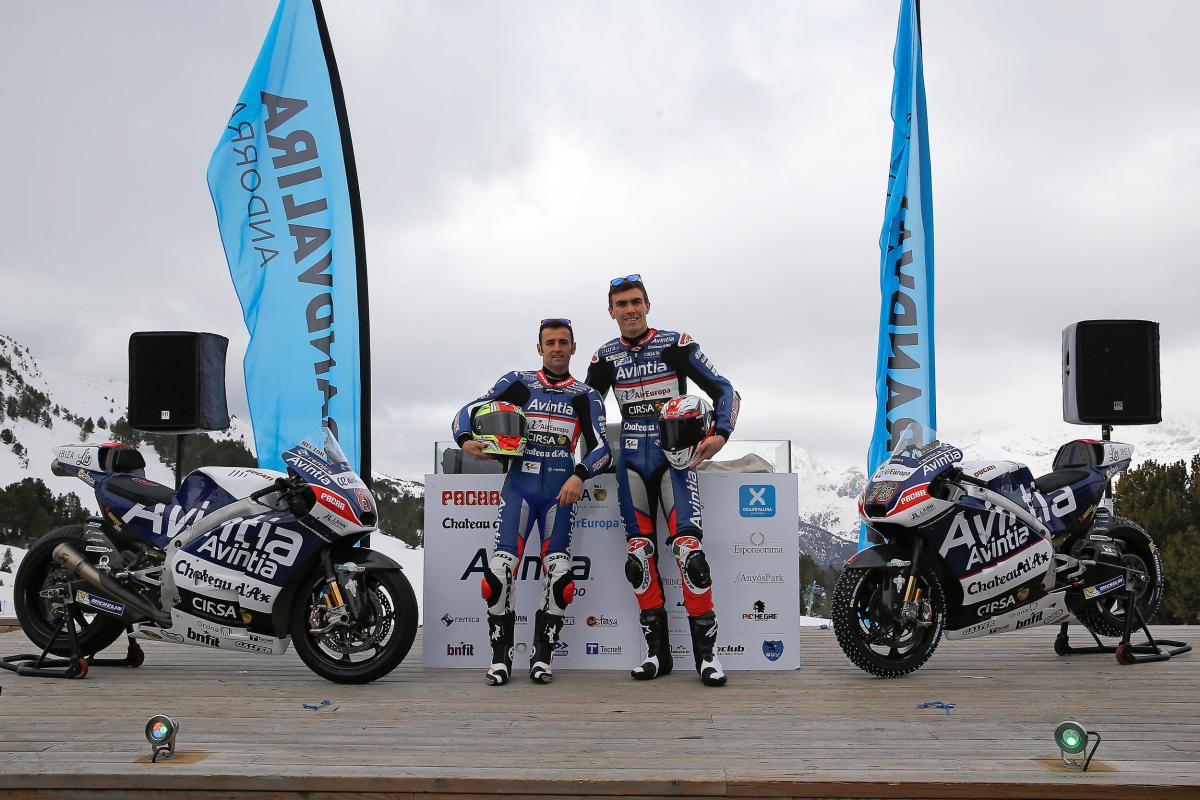 After an incredible test in Phillip Island, Avintia Racing swapped the sun and sea of Australia for the mountains and snow of Andorra.

Grandvalira Ski resort was the perfect stage to start ‘AndoRRacing’, an international event to present the Avintia Racing project for the 2016 MotoGP™ World Championship. With the spec electronics and the new Michelin tyres, the Open Class World Champion team has the highest of targets for the upcoming season, almost as high as the 2,250 meters of Soldeu, the place chosen by Avintia for the team launch. Antonio Martin from Grupo Avintia, Raul Romero, the team owner and Paolo Ciabatti from Ducati, joined the riders on the stage for the team launch. 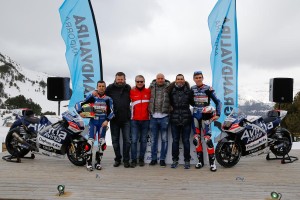 Loris Baz came to the main stage riding his Ducati Desmosedici GP on the snow of Grandvalira, while Hector Barbera came down from the mountains riding a snow bike. Both Avintia Racing riders are looking forward to start the season after their great performance during the first two winter tests in Malaysia and Australia. Hector Barbera was third overall at Sepang after the three days. Both riders arrived to Andorra straight from Phillip Island where they were in the top positions, with Barbera fifth and Baz seventh.

This launch at Grandvalira was just the start of several events in the Pyrenees country. In the afternoon, Barbera and Baz will start the engines of their Ducati to run them in the city streets. The start line will be in the main entrance of Pyrénées Shopping Mall and the finish line will be placed at the ‘Rotonda’, where the riders will sign autographs to all the fans. 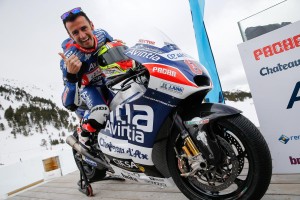 Hector Barbera: "Its a pleasure to be able to do our team presentation in such a great environment. The winter tests have been really good so far, the whole team is with high motivation and we are doing a great job, so I think this year we can be closer to the front. I’m looking forward to start the first race at Qatar.” 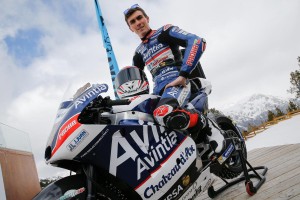 Loris Baz: "The team launch has been incredible, although the grip of the tyres in the snow was not great I enjoyed riding my Ducati in those conditions. I’m really happy with my new team and I think we can do it very well this season. The last test in Phillip Island were fantastic and the difference with the factory teams are not so big as in the past.”