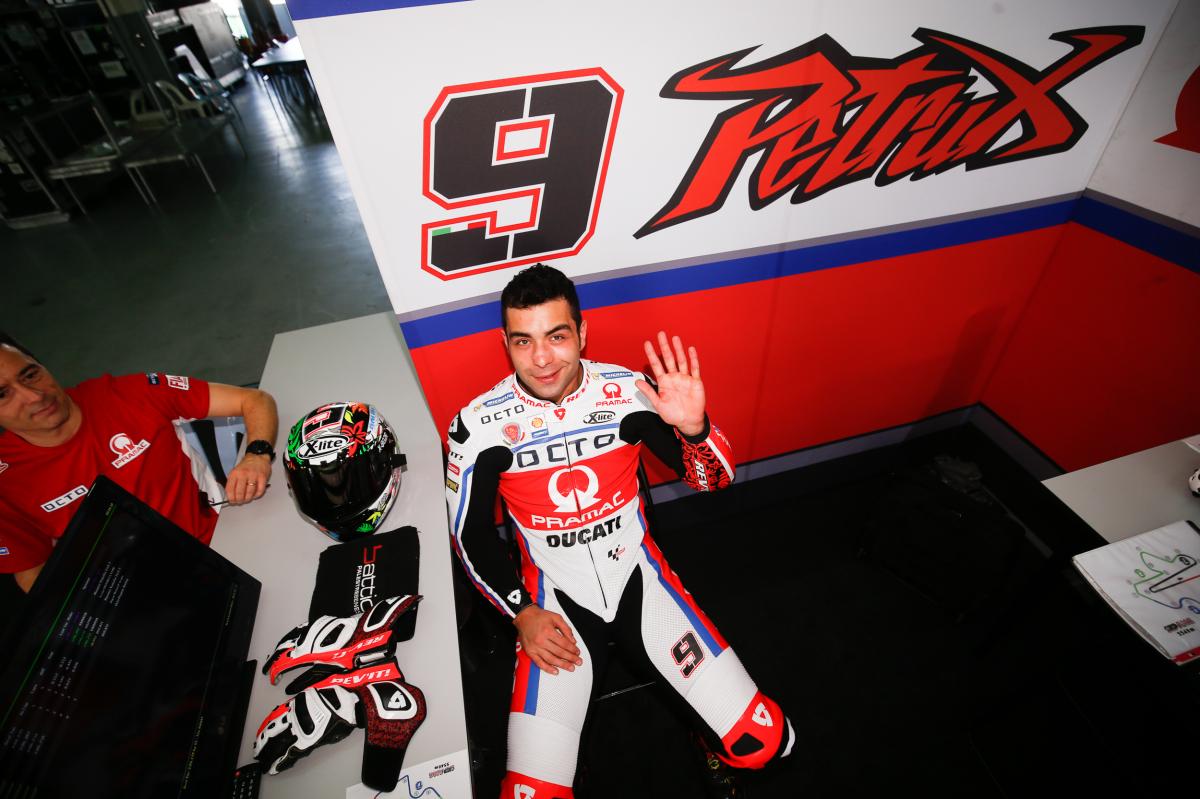 A fast fall for Loris Baz halted action and forced the soft tyre to be withdrawn, as Danilo Petrucci tops the timesheets.

The second day of the Sepang test got off to a steady start as riders slowly made their way out onto the Malaysian circuit after a day of reacquainting themselves with their machines. A flurry of fast laps soon came with Danilo Petrucci setting a 2’00.095 to lead early in the day and go over half a second faster than Jorge Lorenzo’s best time from Monday. This time would go unbeaten.

This early time attack was halted as Loris Baz suffered a heavy fall on his Avintia Racing Ducati, the Frenchman falling down the main straight at 290 kilometres per hour. The cause of the crash is still unclear, but Baz reportedly heard a sound come from his bike in the final corner before the fall, the rear of his GP14.2 destroyed. Michelin and the safety committee at the track held the red flag for over an hour as an extensive assessment was made to make sure no other riders would be at risk of a similar fall. As a safety precaution the soft tyre was withdrawn for the remainder of the test. Baz was able to return to the track after his fall, but unable to better his time and ended 19th. 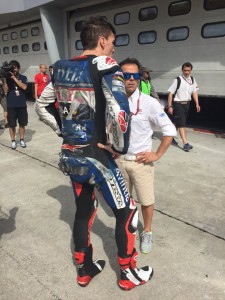 With riders searching for a fast time there were unfortunately several falls. Pol Espargaro, who set a 2’01.992 to end the day 15th, fell twice at Turn 5, frustrated but unhurt. Jorge Lorenzo also suffered a fast fall at Turn 5 midway through the day, his Movistar Yamaha MotoGP machine suffering extensive damage on the left hand side. Fortunately the Spaniard escaped injury. Tito Rabat, the only rookie in the MotoGP™ World Championship in 2016, suffered a harmless low side at Turn 15. Rabat improved from a 2’03.463 on Monday to a 2’02.328 as action came to a close, good enough for 17th.

Dani Pedrosa joined Espargaro and Jorge Lorenzo in falling at Turn five, Pedrosa again walking away unhurt. It was a lacklustre 12th on Tuesday for Pedrosa, although he did improve on his Monday time. Several of the falls occurred in the closing hour of the session as riders pushed for a fast final lap. Despite his fall Lorenzo was able to set a 2’00.155 in the closing thirty minutes of the session, improving his Monday time and ending just 0.060s slower than Petrucci.

Rounding out the top three was Hector Barbera, the Avintia Ducati rider making perfect use of the soft tyres before his teammate’s fall. There were also major improvements for Repsol Honda’s Marc Marquez, able to get within 0.750s of Petrucci’s best. It was another Honda rider who rounded out the top five, Cal Crutchlow setting a 2’00.899 towards the end of the day on the harder option.

Movistar Yamaha MotoGP’s Valentino Rossi achieved his goal of getting within a second of teammate Lorenzo, ending the day in sixth. Just behind the Italian was Scott Redding; with Petrucci leading the day the satellite Ducati outfit can certainly be satisfied with their initial pace. 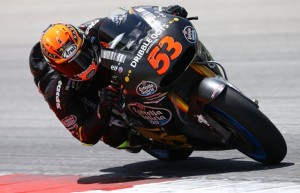 Andrea Iannone was the leading factory Ducati machine, spending the entire day on the GP16 bike and achieving a best time of 2’01.052. Aside from the developing situation with the tyres and Baz, much of the attention was on Casey Stoner who was out on track with the rest of the MotoGP™ World Championship grid for the first time since 2012. The 2007 and 2011 World Champion set a credible 2’01.103 to end ninth and ahead of Andrea Dovizioso, who was 14th.

A late charge from Bradley Smith saw the Monster Yamaha Tech 3 man pull himself into tenth, 0.314s clear of Maverick Viñales. The pair completed 59 laps each on Tuesday. Meanwhile Viñales’ Team Suzuki Ecstar teammate, Aleix Espargaro, was 16th and over half a second off the pace of the 2015 MotoGP™ Rookie of the Year.

Towards the end of the day there was a small crash for Yonny Hernandez, the Colombian walking away unharmed and ending 13th. His teammate, Eugene Laverty, fell heavily on Monday and although initial reports suggested a broken right hand, it was later revealed to be a heavy sprain. Although he didn’t take to the track on Tuesday, Laverty is hopefully of testing his fitness on Wednesday.

Both Stefan Bradl and Alvaro Bautista were able to improve their Monday times, Bradl ending as the top Aprilia rider with a 2’02.372 which saw him finish 18th. Bautista ended 21st.

The final day of testing in Sepang gets underway Wednesday at 10am Local Time. motogp.com will once again have coverage and analysis throughout the day. 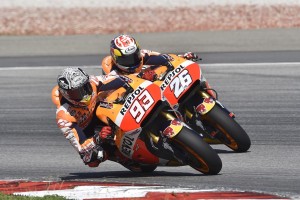 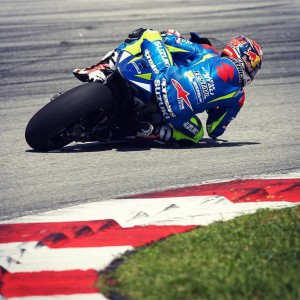