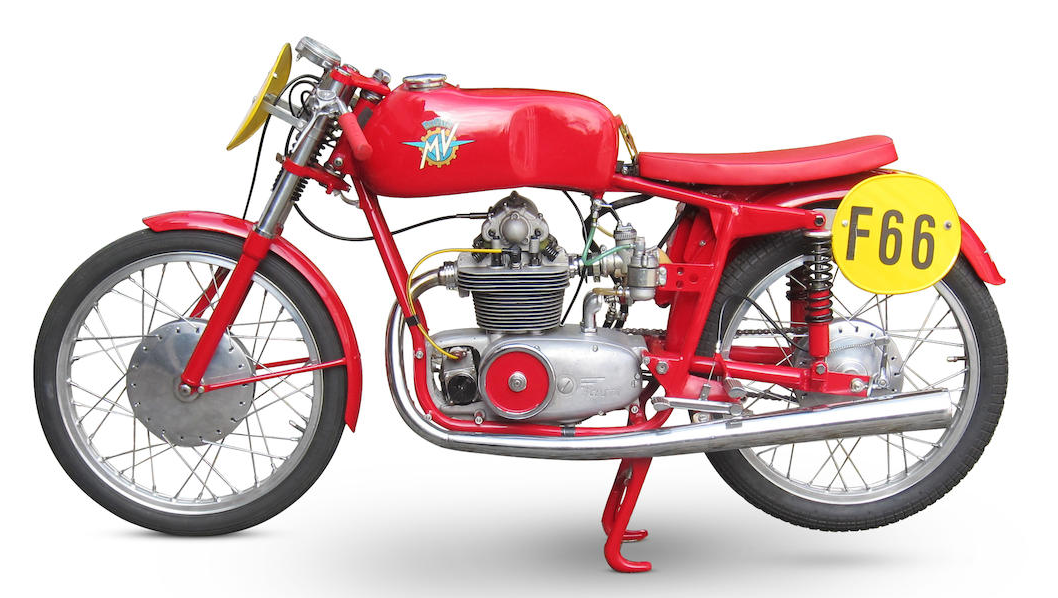 1953 MV Agusta 123.5cc Monoalbero Racing Motorcycle. Although best known for their four-cylinder four-strokes, multiple World Championship-winning MV-Agusta built lightweights throughout its manufacturing career, and in its early days listed small two-strokes and even a scooter. The racing 125cc two-strokes were a major success, winning the arduous Milan-Taranto road race in 1950, '51 and '52, but at World Championship level the MVs were outclassed by the four-stroke FB-Mondial with its twin-overhead-cam engine. Count Agusta's response was to hire Gilera's chief designer Piero Remor together with its chief mechanic, Arturo Magni. However, the new Remor-designed 125cc four-stroke was not an immediate success, and it was only following Mondial's withdrawal from racing that MV bagged its first 125cc World Championship, Cecil Sandford taking the riders' title in 1952.

The following year MV offered an over-the-counter racer for privateers, which was developed directly from the works bikes. Italian regulations for the domestic 'Formula Sport' stipulated that machines should have only a single camshaft and four gears, and so the monoalbero (single-camshaft) 125 racer was born. Like its bialbero (twin-cam) progenitor, the SOHC 125 employed a train of gears to drive its upstairs cam. Bore and stroke were 53x56mm and the motor breathed via a 27mm Dell'Orto racing carburettor, eventually producing a maximum of 16bhp at 10,300rpm. The cycle parts were virtually an exact copy of the '52 works bikes', featuring a tubular duplex loop frame, telescopic front fork with central hydraulic damper, and swinging-arm rear suspension. Brakes were full-width aluminium-alloy: 7" diameter at the front, 6" at the rear.

Dry weight was 165lbs and the top speed over 90mph. Because Italy's long-distance road races, such as the Moto Giro d'Italia and Milan-Taranto required that machines be street legal and possess lights, a flywheel generator formed part of the specification. The MV Agusta monoalbero 125 racer proved an enormous success, remaining in production until 1956 and continuing to offer privateers a competitive ride in the 125cc class for many years thereafter.

The current vendor, a prominent German private collector, purchased this beautiful little MV from a deaf German racer, who had acquired it in Italy from Giancarlo Morbidelli, founder of the eponymous motorcycle company and head of the Morbidelli Museum. Believed restored in the Morbidelli workshops, the machine runs very well and was last used in September 2014 at Dieburg. 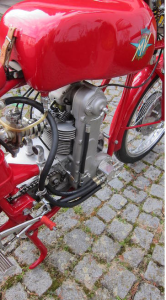 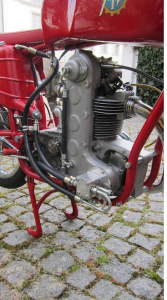