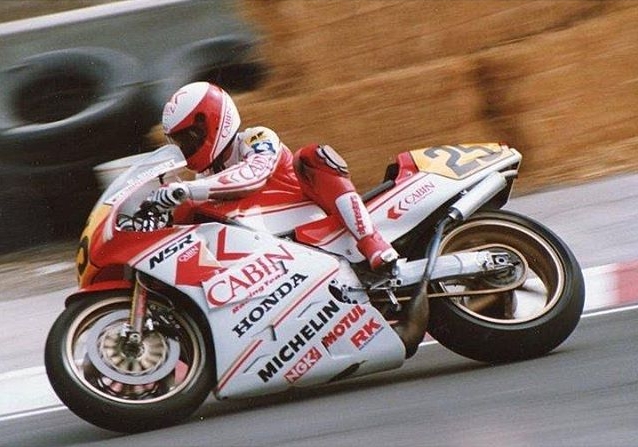 Born Don Wayne Shobert in Lubbock, Texas, on January 29, 1962, he began riding at the age of 6 on a Briggs and Stratton minibike. He ran his first race on a concrete indoor track in Lubbock when he was 8 years old. His father took him to the AMA Grand National races at the Houston Astrodome in the early 1970s and the young Shobert knew right then and there what he wanted to do with his life.

"I saw guys like Gene Romero, Mert Lawwill and Jim Rice," remembers Shobert. "I was in awe of them and their riding. Motorcycle racing was all I cared about after that. I wanted to be just like those guys."

Shobert began his professional racing career in 1980. In his first pro season, he earned four top-10 finishes and was named AMA Grand National Rookie of the Year. In 1982, Shobert took his first Grand National win at the Indianapolis Mile. A few months later he won at the mile in Syracuse, New York, and ended the 1982 season ranked eighth, his first time finishing in the top 10. In 1983, Shobert was involved in what became an exciting five-rider battle for the championship. He finished on the podium 11 times, including three wins, and was ranked fourth in the end.

The 1984 season was a turning point for Shobert. He was hired by Honda to contest the Grand Nationals and was involved in a season-long battle with his teammate Ricky Graham for the championship. In the end, Graham won the title by a single point, but it was Shobert's foray into road racing, in order to earn additional Grand National points, that became the biggest story of the season. Shobert's big breakthrough came when he shocked the road racing establishment by riding a specially built Honda to the AMA Formula One win in the rain at Mid-Ohio Sports Car Course in Lexington, Ohio. Never had a rider with so little pavement experience been able to come in and show the nation's best road racers the way around the track. Some said that riding in the rain was the reason Shobert did so well, because he was used to sliding a bike around. Regardless of what made Shobert do so well that day, the road racing powers at Honda were eager to put Shobert on the pavement full-time.

The period between 1985 and 1987 was an incredible run of three consecutive AMA Grand National championships. Starting in 1986, he began splitting time between Grand National and Superbike racing. He earned 20 dirt track wins during this three-year period and his first AMA Superbike victory in 1987 at Laguna Seca Raceway. Shobert was the biggest star in the AMA racing. His victory came at Laguna Seca and firmly placed Shobert as the heir to the Superbike throne after Wayne Rainey and Kevin Schwantz left for the Grand Prix circuit. 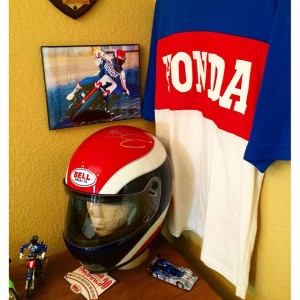 The 1988 AMA Superbike Series turned into a two-rider battle. It was a familiar battle between Honda and Suzuki and this time the players in the confrontation were a couple of Texans, Shobert and Doug Polen. It was a close battle all year long, with both riders taking three wins and Shobert coming out on top by four points after the final laps were complete. What made Shobert's victory more incredible was that he continued riding full-time on the Grand National dirt track circuit, finishing second to Scott Parker in that championship.

Shobert was on the fast track to becoming yet another American World Champion. Honda placed him in the World Championship Grand Prix Championships. Shobert's GP career was tragically cut short at the 1989 U.S. Grand Prix at Laguna Seca Raceway in Monterey, Calif.. He suffered life-threatening injuries when he ran into the back of Kevin Magee, who had stopped his machine in the middle of the track to do a post-race burn out. Shobert spent months rehabilitating after the crash and was unable to return to racing.

Shobert went on to manage several successful AMA 250 Grand Prix teams, and now helps run his family's food business in Texas. He is still one of the most popular figures in motorcycling in this country and makes frequent appearances at special events and races. In 1999, Shobert was named Honoree of the AMA Grand Championships in Indianapolis. 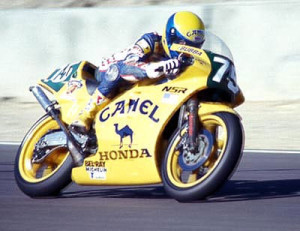 Shobert and his wife, Tara, have two sons. Shobert is an avid golfer and also enjoys motorcycle trail riding and camping with his sons.

He was inducted into the AMA Motorcycle Hall of Fame in 1998.