MotoGP™ back in action at Sepang Riders take to the track for the first time in 2016 for the Sepang test, with tyres and electronics the focus.

With the Movistar Yamaha MotoGP and Octo Pramac Racing Yakhnich teams having unveiled their 2016 liveries in January, the new MotoGP™ World Championship season is truly underway. Riders and teams now begin their final preparations before their first run on track in 2016, a season in which testing will be especially vital due to the large number of changes.

Michelin enter as the official tyre supplier for the premier class and Magneti Marelli implement their unified ‘spec’ software system. This means that the Open class is no more, all riders and bikes utilising the same software. All bikes will run on 22 litres of fuel and all riders will have access to the same tyres. With the Open class gone there will no longer be riders with access to a softer set of tyres. With the majority of teams starting from zero, this looks set to create one of the most level playing fields the MotoGP™ world has seen in recent years.

To overcome the new challenges posed by Michelin tyres and spec software, manufacturers are set to bring a variety of changes and upgrades for their riders. Yamaha continue to assess the difference between the more standard ‘central’ fuel tank and the innovative ‘rear’ version. With the Michelin tyres initially appearing to favour the rear, revised bike balance will be a major focus for all the teams.  Yamaha sampled the Sepang circuit with Michelin tyres back in February 2015, but since then the French tyre maker has made significant changes to their rubber.

After a difficult 2015 season, Honda aim to continue to improve their engine and ease power delivery. An overly aggressive engine saw Honda riders struggle with the 2015 frame early in the year. With electronics playing a crucial role in power and engine management, Honda will be working to better understand the Magneti Marelli system’s parameters and how they may help to alter power delivery. 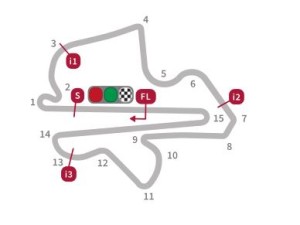 The past seasons have seen Ducati come on leaps and bounds, Andrea Dovizioso and Andrea Iannone scoring a total of eight podiums between them after 2014 saw Ducati score just three podiums across all their riders. Despite the progress work doesn’t stop, the Italian manufacturer looks set to debut the GP16 during the Sepang test. Casey Stoner spent several days testing the bike in a private test at the Malaysian circuit, getting his first taste of the Ducati on Michelin tyres with spec electronics.

As Yamaha, Honda and Ducati all having scored more than six concession points, awarded for podium finishes, in 2015 they will each have seven engines with development frozen once the season starts. For the likes of Suzuki and Aprilia, they will be allowed to utilise nine engines during the season without a limit on testing or development. This aims to have as many riders on as many bikes as possible fighting for victory.

With a strong debut year under their belts, Suzuki aim to continue to build their success with a heavily revised GSX-RR. Maverick Viñales, who showed great pace at the end of season Valencia test, debuted a new seamless gearbox during a private Sepang test late in 2015. During their debut year, Suzuki struggled somewhat for top end speed and better high-end performance will be another focus for the Japanese brand.

Aprilia had looked set to debut their all-new MotoGP™ machine in Sepang, but setbacks have made this goal unobtainable. Alvaro Bautista and Stefan Bradl will be in attendance as part of the Aprilia test team, mounted on the 2015 RS-GP to gather more data. A private shakedown of the new Aprilia is planned for later in the month. Aprilia’s 2016 machine looks set to be an all new motorcycle, no longer based off the RSV4 as the 2015 bike was.

Stay tuned to motogp.com for video coverage over all three days of testing in Sepang.