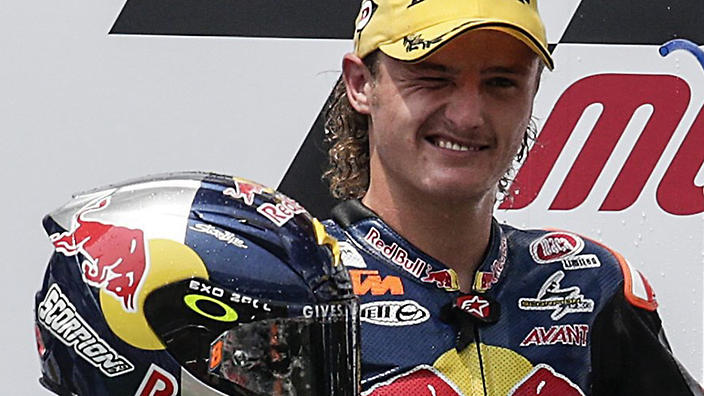 Born in Townsville, Queensland, Australia, Miller grew up on a property outside the city. A tropical city where he made his own fun, riding his motorbike and quad bike, water skiing and lending a hand with fencing and cattle mustering. His parents and siblings have supported his racing career every step of the way helping reach the goal of racing in the World Championship series. Miller has been racing motorbikes and winning since he was eight years old. He started on dirt, and was the Australian Dirt Bike champion in the 65cc category in 2003. He went on to win five other Australian championships in 2005, 2006 and 2007 and numerous other local and state titles in dirt bike racing and motocross events.

2011 was his breakout year in Europe. A string of strong performances saw him win the championship in the German IDM 125cc category at the age of 16. This result won the attention of Caretta Technology's Forward Racing, an Italian race team who signed Miller to ride in the 2012 Moto3 Championship.

2012 was Miller's first year in the Moto3 World Championship. That year had Miller riding for Caretta Technology Forward Racing on a Honda chassis. Whilst the bike was not competitive it allowed Miller the opportunity to learn the circuits he would be racing in the coming years. He finished 23rd in the Moto3 Championship that year, with a best finish of 4th at the German Grand Prix, at the Sachsenring. 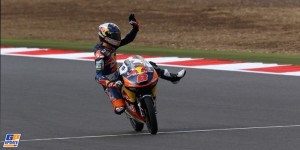 Miller moved to Racing Team Germany for the 2013 season, riding an FTR Honda chassis. Miller achieved thirteen points-scoring finishes during the season, and finished in seventh place in the final championship standings. His best result was a fifth-place finish – on two occasions – at the San Marino and Australian Grands Prix.

Miller moved to a factory-backed KTM motorcycle for the 2014 season, joining the Red Bull KTM Ajo squad. During the season, Miller recorded his first fastest lap, pole position, podium finish and victory during the season; in total, he won six races during the season and finished the season as runner-up – to Álex Márquez – in the championship, missing out on the title by two points.[2]

For the 2015 season, Miller graduated into the MotoGP class, forming a part of an expanded two-rider Team LCR outfit, partnering Cal Crutchlow. Miller competed on an open specification Honda RC213V-RS motorcycle. He achieved his best finish with 11th at Catalunya. 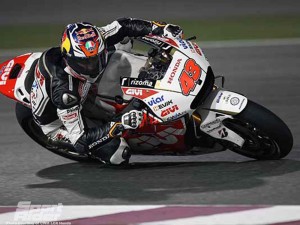 At the British Grand Prix, Miller moved up the order in the early stages, but collided with team-mate Crutchlow on lap three.

In 2016, Miller will ride in the Marc VDS Racing Team. 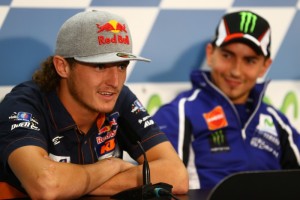