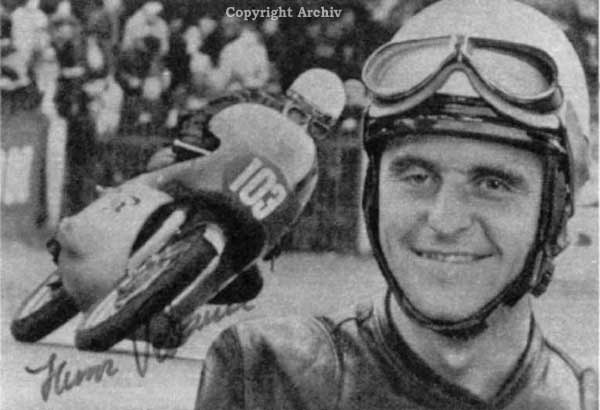 Heinz Rosner (born January 14, 1939) is a former Grand Prix motorcycle road racer from the former East Germany. He had his best year in 1968 when he rode for the MZ factory racing team to finish the 250cc season in third place behind Yamaha team-mates Phil Read and Bill Ivy. That same year, he claimed fourth place in the 350cc world championship. Rosner rode for the MZ factory for his entire career. He has continued to race the MZ to date(2010)gaining podiums at Classic meetings such as Schleiz in Germany and this despite suffering some severe injuries in a crash at Hockenheim (Germany) in 2005. 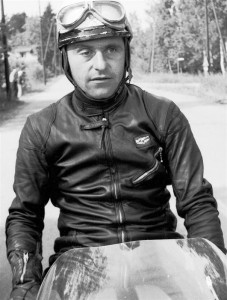 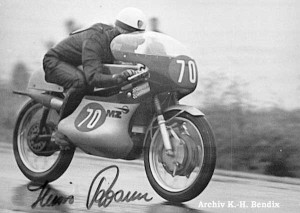