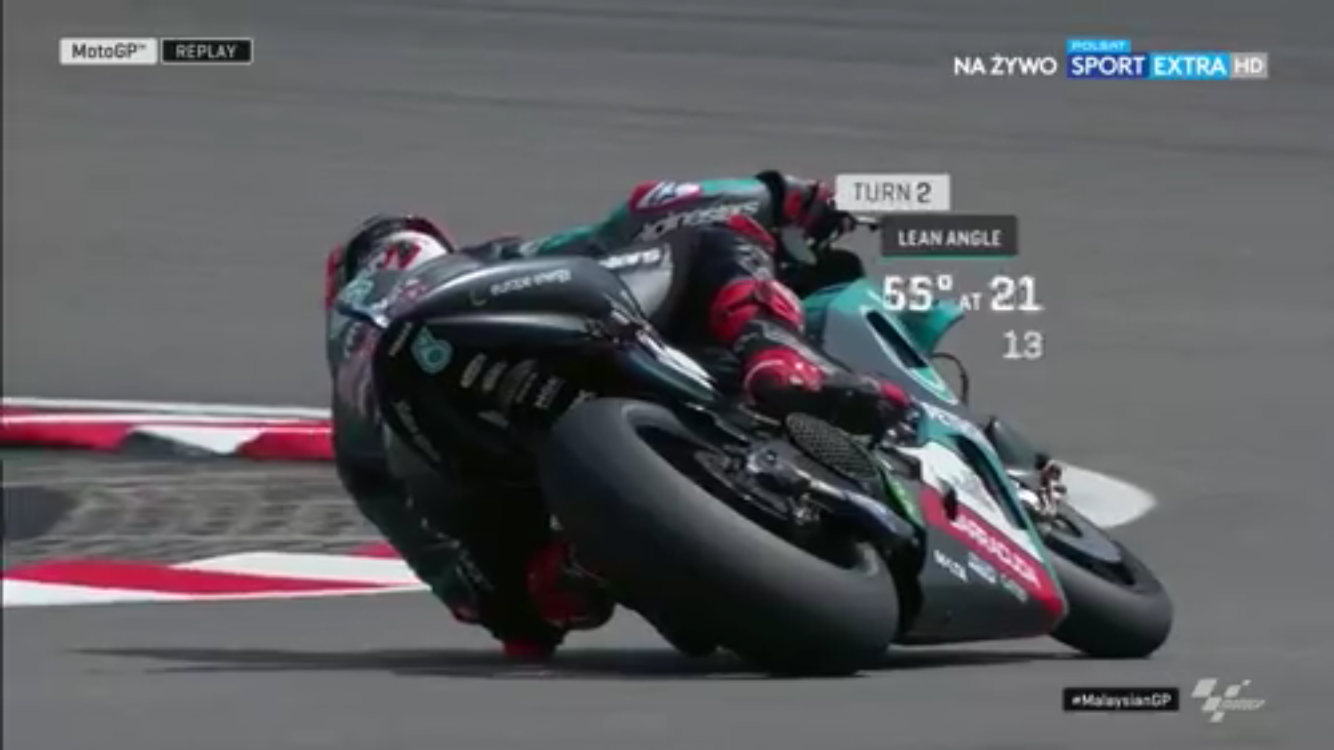 The inclement weather conditions at the Sepang International Circuit stayed away for what turned out to be a vital FP3 session. Joan Mir (Team Suzuki Ecstar) was the first rider to improve his Friday time with 30 minutes still remaining on the clock, before the Spaniard then pounced into the top 10 with just under 20 minutes to go. P6 was Mir’s before teammate Alex Rins followed suit, with Cal Crutchlow (LCR Honda Castrol) then getting himself back into the top 10 after being shoved out by Mir. 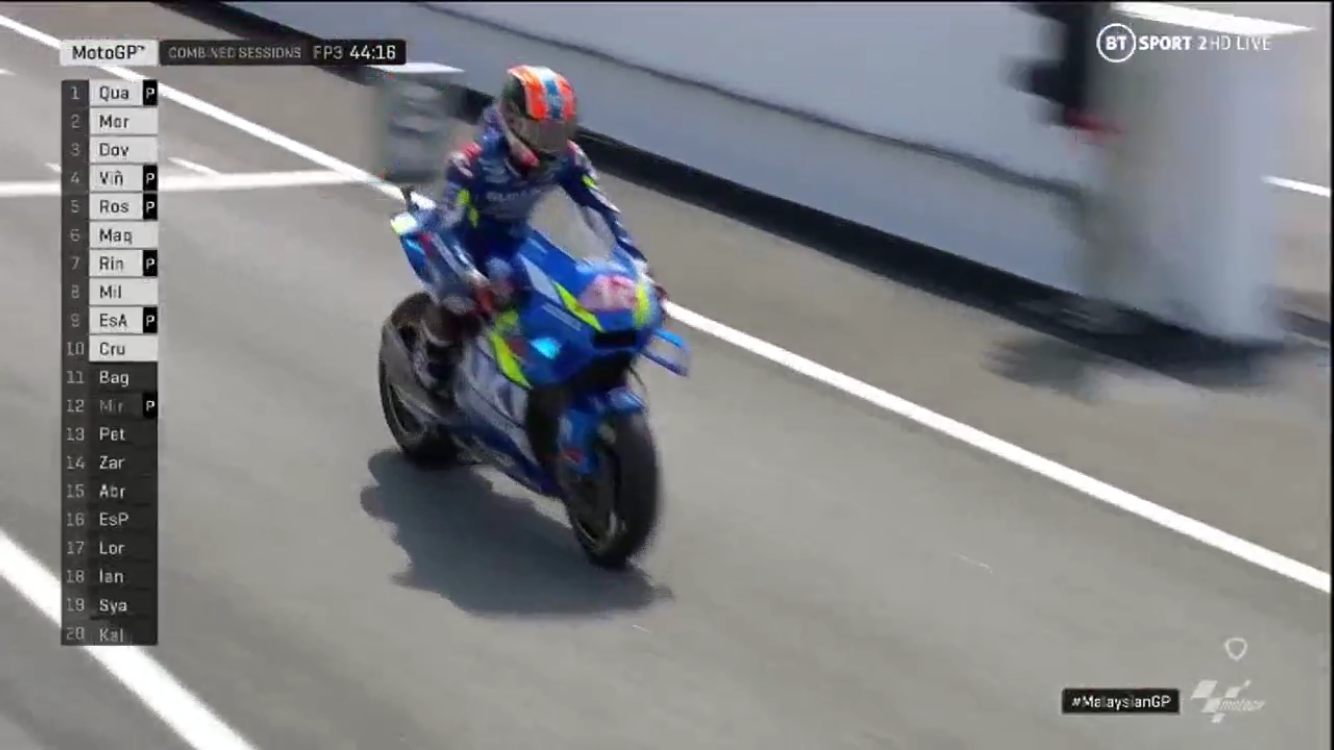 The final 10 minutes then saw plenty of chopping and changing, despite some rain flags being shown as the heavens started to threaten. Morbidelli improved slightly to get within half a second of Quartararo’s time, the rookie – alongside Monster Energy Yamaha MotoGP duo Maverick Viñales and Valentino Rossi – yet to go better than Friday. Marquez bettered his time to go from P9 to P3 on the combined times with less than five minutes remaining, with fellow Honda rider Johann Zarco (LCR Honda Idemitsu) – after a second crash of the weekend at Turn 1 – put in a cracking lap to go from P14 to P9, displacing teammate Crutchlow from the top 10. Could the Frenchman stay inside the automatic Q2 places though?

Meanwhile, on their final flying laps, Marquez was shadowing Morbidelli. The Italian was on a storming lap that was very close to Quartararo’s and coming across the line to take the FP3 chequered flag, the Italian cut the gap to 0.185 as Marquez and Viñales also got within 0.5 of Quartararo. Francesco Bagnaia (Pramac Racing) shot himself up to P7 on his last flying lap to push Mir out of the top 10, with Zarco getting in by 0.015. 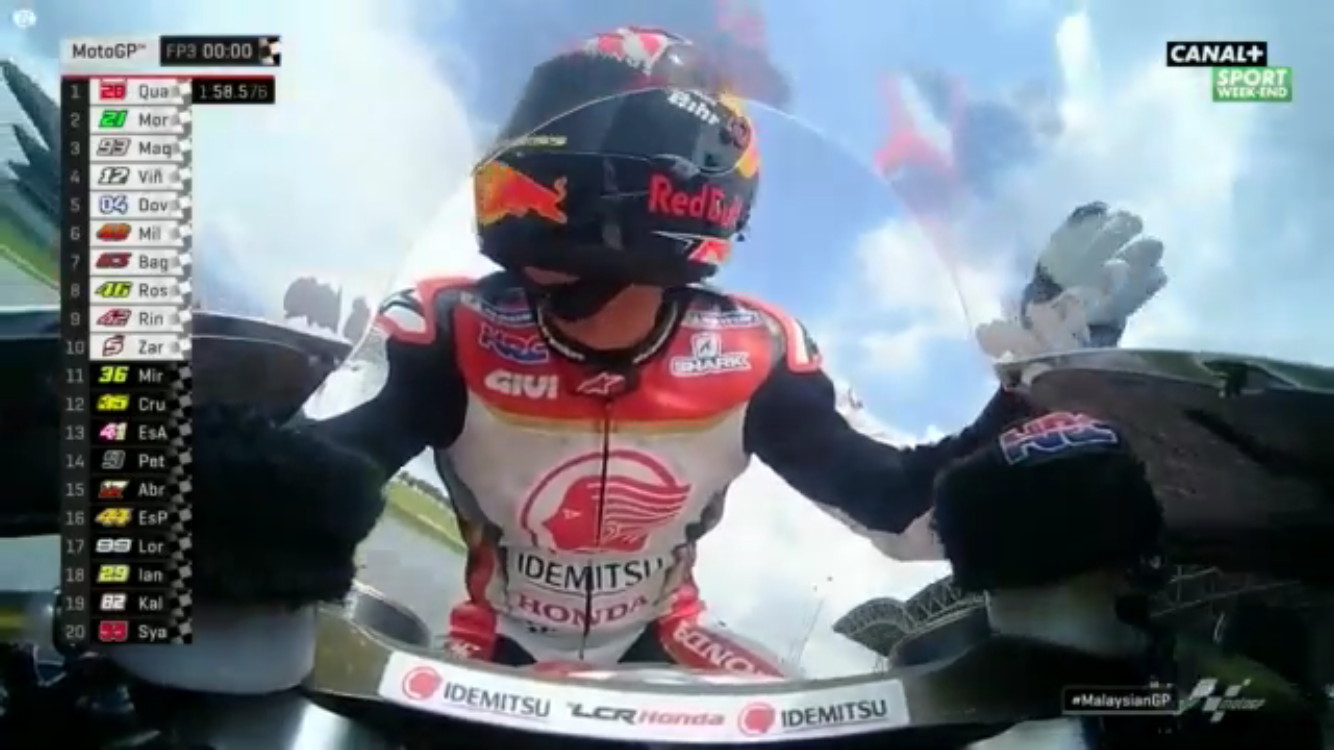 No one could top Quartararo though as Petronas Yamaha SRT continue their perfect weekend. Viñales sits 0.008 off Marquez as the two Spaniards sit P3 and P4, Andrea Dovizioso (Ducati Team) slips to P5 on the combined times after failing to improve in FP3. Miller and Bagnaia sit P6 and P7 as Pramac Racing have two bikes straight into the Q2 shootout, Rossi slips to eighth overall. Rins and Zarco are the other two names that are definitely in the fight for pole position as Mir, Crutchlow and Aleix Espargaro (Aprilia Racing Team Gresini) miss out by less than a tenth. 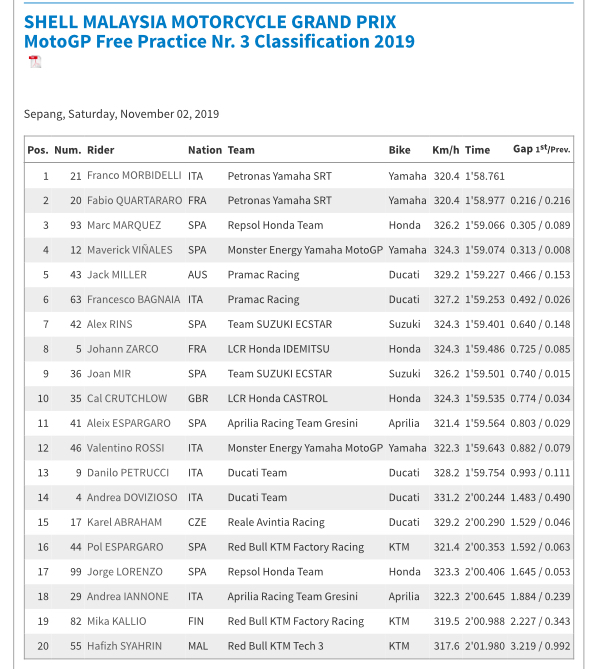 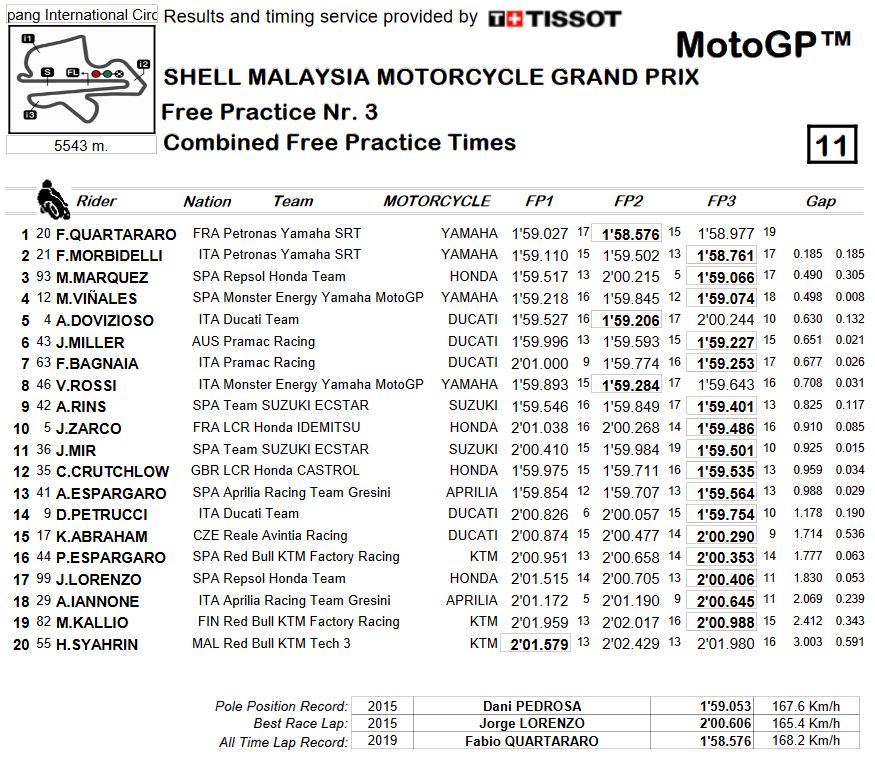