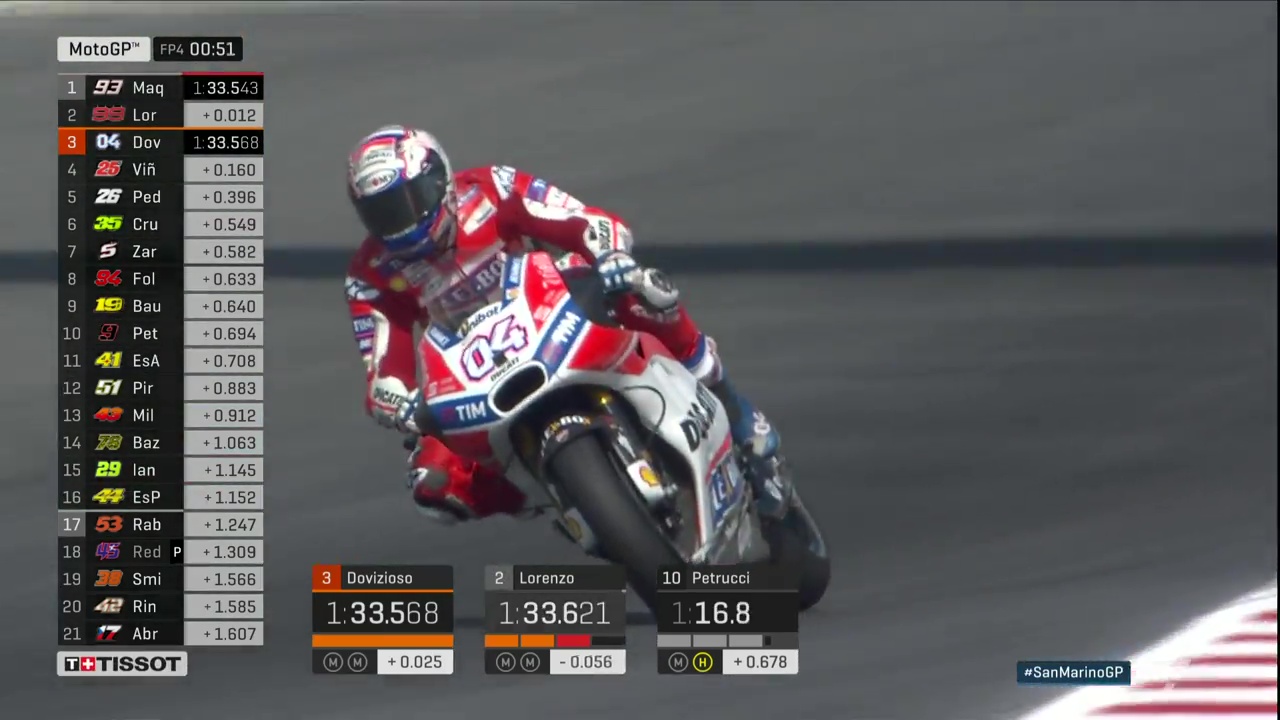 Dovizioso takes over in FP4

There were a number of crashes, including an incident for Alvaro Bautista (Pull&Bear Aspar Team) and Hector Barbera (Reale Avintia Racing).

Next up is qualifying, with Q1 deciding two more entrants to the final top twelve shooutout in Q2.