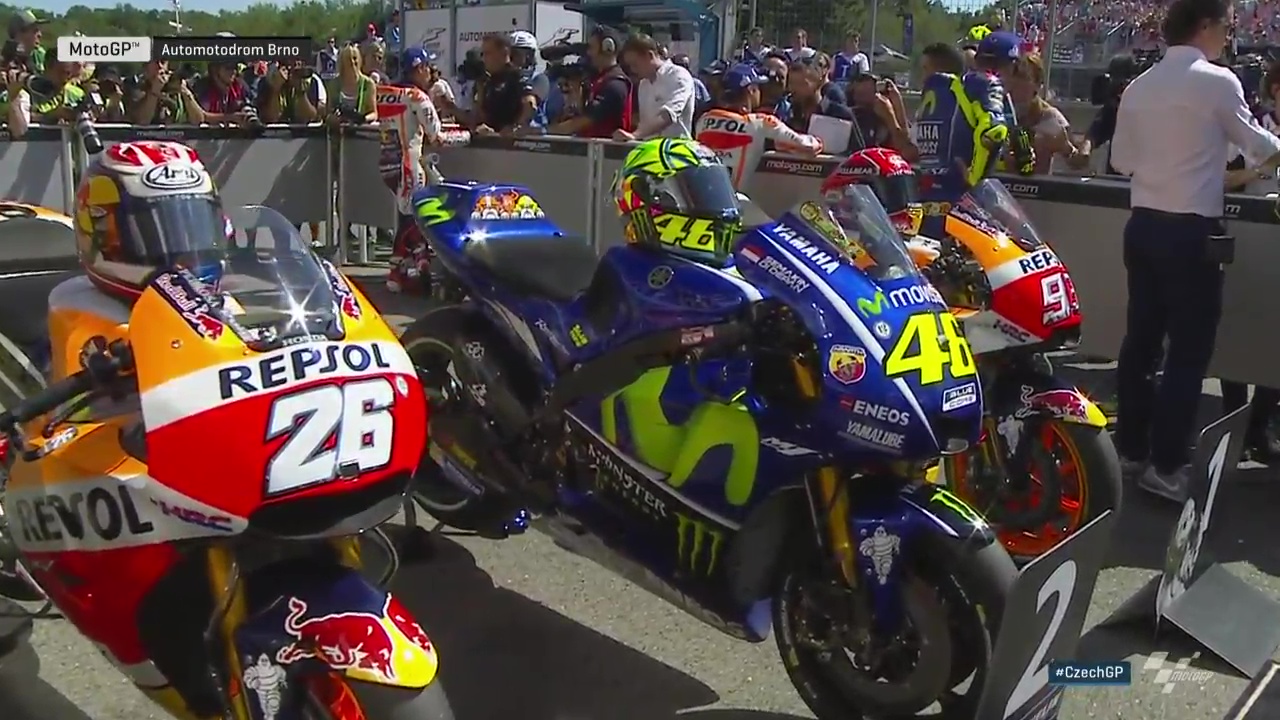 Petrucci and Bautista through Q1, Folger misses out

Italian and Spaniard graduate to Q2, with the German rookie losing out in the final push

Danilo Petrucci (Octo Pramac Racing) led the charge through to Q2 in the Czech GP, joined by Pull&Bear Aspar Team’s Alvaro Bautista when the dust settled.

Alex Rins (Team Suzuki Ecstar) impressed as he comes back form injury to take third in the session and so qualify P13, with Jonas Folger (Monster Yamaha Tech 3) the casualty on the timesheets in fourteenth – after being second fastest on Friday.

Reigning Champion Marc Marquez (Repsol Honda Team) will have the best seat in the house for the start of the second half of the season, taking a stunning pole position to just edge key title rival Valentino Rossi (Movistar Yamaha MotoGP) in qualifying for the Czech GP. Equally close to the top duo is Dani Pedrosa (Repsol Honda Team), who led for the first part of the session before being deposed from provisional pole to P3.

Day 1’s fastest Andrea Dovizioso (Ducati Team) followed up his Friday heroics with another good result in qualifying, gearing up for the Czech GP at the head of the second row in P4. Joining him on Row 2 are Cal Crutchlow (LCR Honda) and the second Ducati of Jorge Lorenzo, despite an earlier fast lap being disallowed for the ‘Spartan’.

Maverick Viñales (Movistar Yamaha MotoGP) took P7, and will be looking to move forward quickly to get in the battle with his key rivals for the Championship – with the weather another factor to consider for all those on the grid, as Sunday forecasts remain mixed.

Danilo Petrucci (Octo Pramac Racing) and Alvaro Bautista (Pull&Bear Aspar Team) both put together solid laps in Q2, after having moved through from the first qualifying session. The Italian – as he was in Q1 – was just ahead, and the two line up in eighth and ninth respectively. Johann Zarco (Monster Yamaha Tech 3), after a slightly more challenging weekend for the French rookie so far, completes the top ten.

Aleix Espargaro (Aprilia Racing Team Gresini) suffered a crash towards the end of Q2 to put paid to his final chances, ending the session in eleventh ahead of Loris Baz (Reale Avintia Racing), who lines up P12 after an impressive performance in FP3 to graduate straight to Q2.

Alex Rins (Team Suzuk Ecstar) just missed out on Q2 by 0.006 and lines up in P13, just ahead of a tough result for Jonas Folger (Monster Yamaha Tech 3) after the German had been second fastest on Friday. Jack Miller (EG 0,0 Marc VDS) locks out the top fifteen.