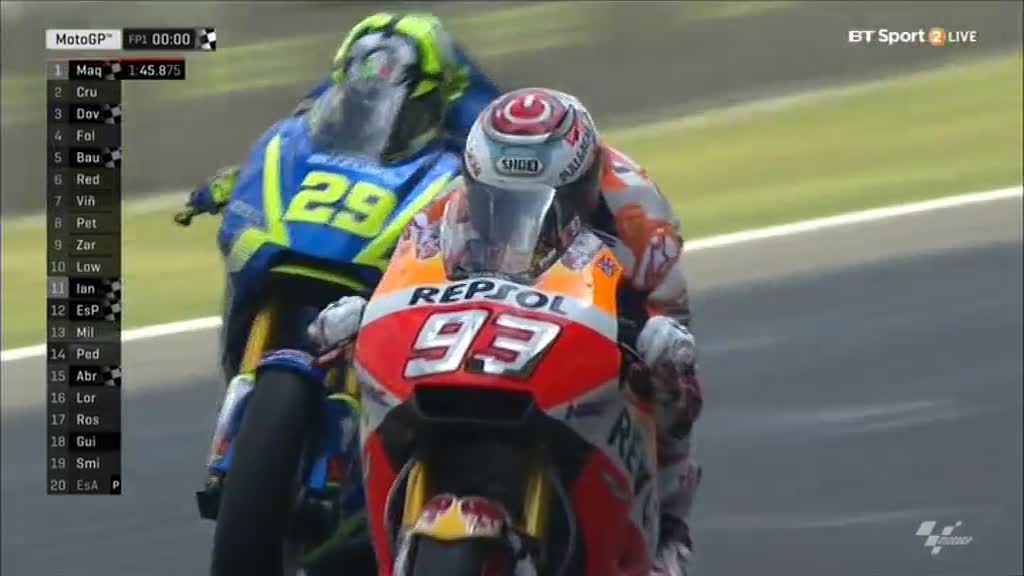 Marc Marquez (Repsol Honda Team) topped FP1 at the Circuit de Barcelona-Catalunya, as the session began wet and on wets before drying to take slicks. The running was up-and-down for much of the field, with only a handful of bikes initially out on track. On rain tyres, Jorge Lorenzo (Ducati Team) was quickest, with those heading out later on slicks then tumbling the times.

Jack Miller (EG 0,0 Marc VDS) caused a stir and was then black flagged in the session after he used the 2016 chicane layout, having missed the test last month at the venue as he headed home to better recover from a big crash at Le Mans.