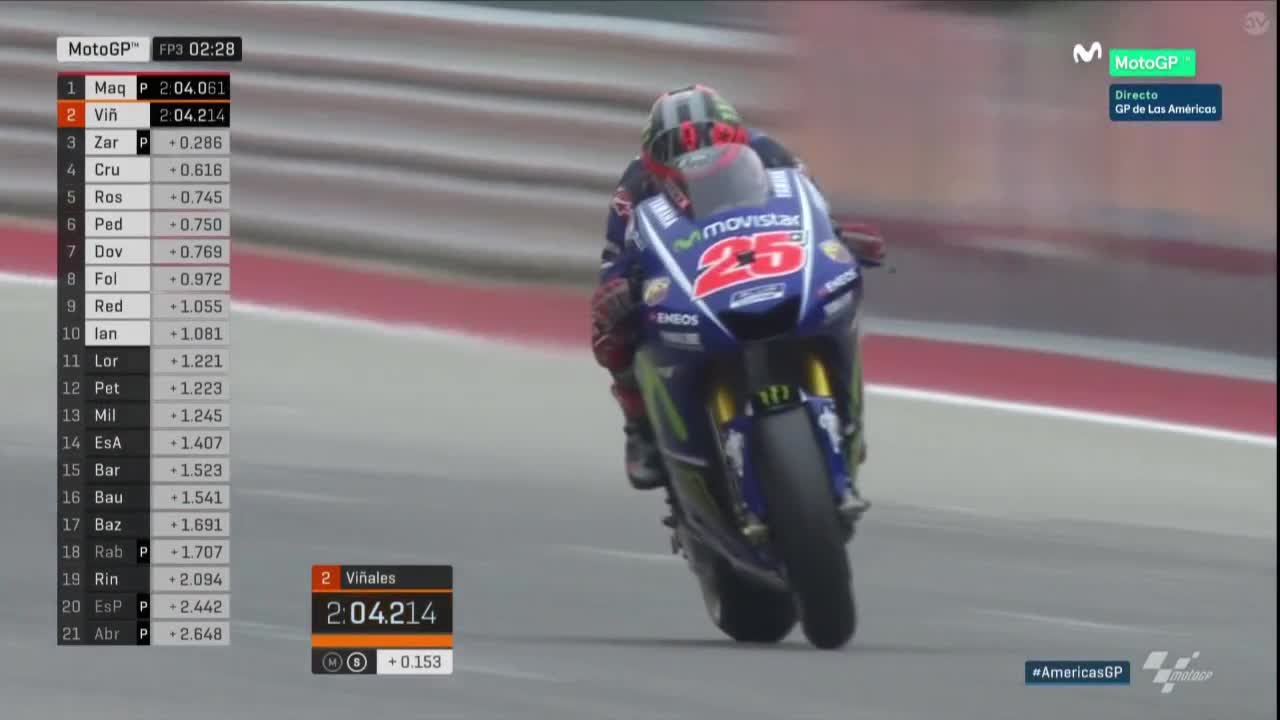 The road to Q2: Viñales leads after crash-filled FP3 -Crashes and off track excursions punctuate practice as track temperatures drop on Day 2

With cloudy skies and track temperatures up to 20 degrees lower than Friday, MotoGP™ FP3 at the Red Bull Grand Prix of the Americas  made the headlines for the wrong reasons as a spate of crashes hit the field. All riders were uninjured in the incidents except for Team Suzuki Ecstar rider Alex Rins, who fractured his left wrist in his crash at T19 and is now to sit out the #AmericasGP.

Maverick Viñales (Movistar Yamaha MotoGP) was one of the few improvers to just take the top spot back from Friday’s fastest Marc Marquez (Repsol Honda Team) by 0.082 – with Marquez taking two tumbles, a lowside at Turn 18 and then a highside at Turn 15 as the grid rushed to get into the top ten and gain direct entry to Q2.

Valentino Rossi (Movistar Yamaha MotoGP) is P6 on the timesheets on the way to qualifying, and had to sit up to avoid the first of two crashes for Aprilia Racing Team Gresini rider Aleix Espargaro. Andrea Dovizioso (Ducati Team) was another faller in the session at T2, but remains P7 ahead of late improver Scott Redding (Octo Pramac Racing).

Jonas Folger (Monster Yamaha Tech 3) was pushed down to ninth but goes directly to Q2, with Andrea Iannone (Team Suzuki Ecstar) still completing the top ten despite an incident for the Italian at T19.

Jack Miller (EG 0,0 Marc VDS) just missed the cut in P11, with Jorge Lorenzo (Ducati Team) also missing out in twelfth after a crash into Turn 19 late in the session. 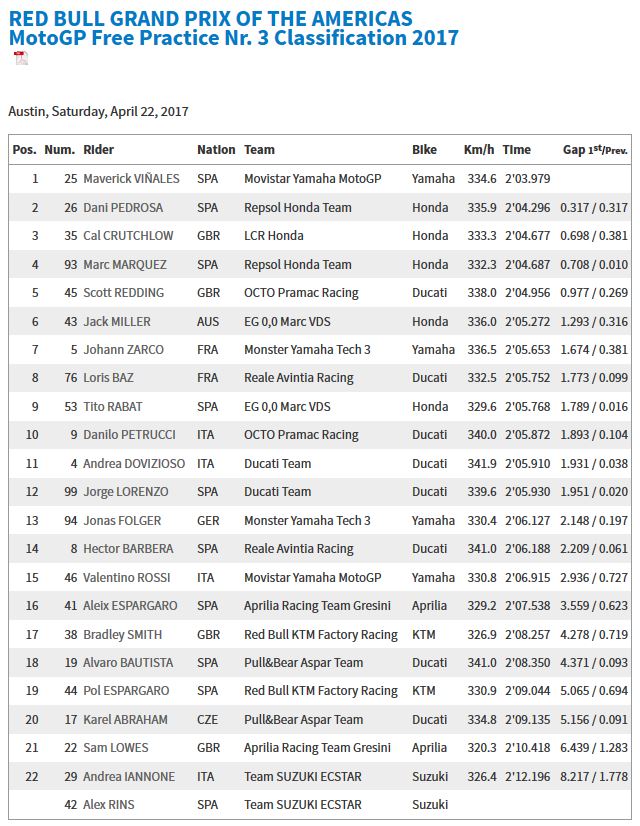